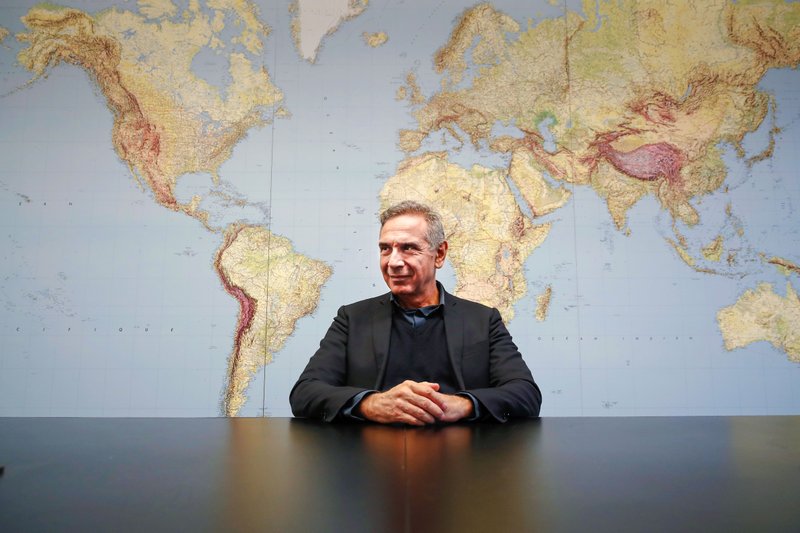 Its manifesto backed by major Italian fashion brands aims to increase racial and gender diversity in key roles in Milan’s fashion houses, which fashion chamber president Carlo Capasa acknowledged was lagging in a recent interview with The Associated Press ahead of Milan Fashion Week.

‘’We have been speaking for many years against discrimination based on gender, religion, skin color and physical ability. But we must acknowledge that this has not been truly implemented,’’ Capasa said. ‘’We looked at our industry and we saw there is disparity. We saw that a disparity of gender persists, that there are conditions not favorable to women in the workplace and in some cases there is discrimination.’’

While Capasa resisted framing the manifesto as a direct reaction to the scandals involving blackface designs by Gucci and Prada, and a Chinese backlash that forced fashion house Dolce&Gabbana to cancel a major Shanghai show, the incidents show the cultural blind spots that can arise when a fashion house is too homogeneous.

Capasa said the Milan fashion world must work harder to attract people of color. “If global companies want to represent the world they are targeting, they must welcome diversity and look beyond their own borders,’’ he said, citing the relative homogeneity of Italian society.

Milan has lagged the other main fashion cities of Paris, New York and London in racial diversity on the runway, according to season diversity reporting by the Fashion Spot. Capasa said the stories that fashion houses want to tell are often linked to their Italian roots, and that runway choices are linked to model agencies’ offerings since not all models come to Milan.

While many Milan fashion houses take their creative direction from women -- including Miuccia Prada, Donatella Versace, Silvia Venturini Fendi and Angela Missoni -- and more women than men work in the fashion industry, Capasa said efforts are needed to get more women into decision-making roles.

‘’If we look at the boards, at the CEOs, at other key roles, there might be an advantage for men,’’ Capasa said. ‘’But we don’t want to introduce quotas obligating companies to promote women. We want to create the conditions so that women can have the same chances.’’

The chamber’s manifesto does not include hard commitments. Instead, it presents concepts that ‘’will serve as a model for a radical reform in terms of diversity and inclusion.’’

They were adopted by the chamber’s more than 100 members, which include most major Milan fashion houses with the notable exception of Dolce&Gabbana, and will be monitored every year for progress.

They call for changing representations of the standards of beauty on runways and in magazine campaigns, acknowledging that ‘’canons of physical beauty and harmful psychological models have spread throughout the industry.’’ They also present inclusion as a business opportunity that can boost financial results while improving trust with clients.

Gucci and Prada have independently made efforts to address the scandals. Gucci’s efforts include launching a scholarship program to reach students who have been underrepresented in the fashion industry, while Prada announced a diversity council headed by two Americans, artist Theaster Gates and film director Ava DuVernay.

Capasa put the fashion chamber’s initiatives in the context of an ever more globalized industry where 2.5 billion people follow the fashion world on social media accounts and can, with a single post, shift a fashion company’s fortunes.

Meanwhile the center of fashion’s commercial gravity has shifted to Asia, with Chinese consumers accounting for 90% of luxury sales growth last year, according to a study by the consultancy Bain & Co.

“The push to speak about diversity of inclusion comes directly from the fact that globalization made us understand that you cannot speak in the same way that you spoke before,” Capasa said. “The audience has become much bigger.’’