Italian professor Livio Zanini has devoted the last 30 years to spreading Chinese tea culture in Italy, starting a wave of enthusiasm for Chinese tea across the country. 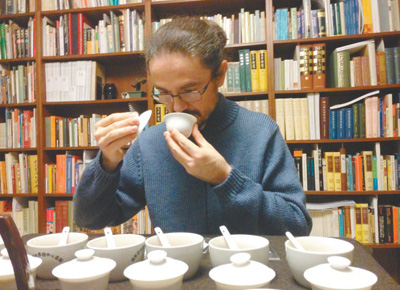 Zanini, president of the Italian tea culture association, noted that it is his deep interest in Chinese culture that pushed him to learn Chinese language and tea culture, explaining that“Chinese tea is full of charm and has a magical attraction.”

Over the past 30 years, tea culture has become Zanini's main research topic. In 1990, he earned the chance to study in Beijing, where he visited various tea-houses. 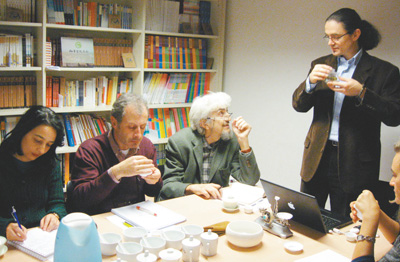 Professor Livio Zanini teaches at the Chinese tea culture workshop training class held by the Confucius Institution at the University of Venice.

In addition to drinking tea, he also began to study tea culture by carefully reading some famous Chinese works on tea, including The Classic of Tea and The Record of Tea.

During his long term research of Chinese tea culture, he found that the Ming Dynasty was a very important period in its development, witnessing many important stages in the evolution of tea culture.

In order to share the happiness he got from tea, Zanini also attended various tea parties held in Italy and has given many lectures about Chinese tea culture in Italian universities, making this profound culture popular in Rome, Venice, Milan and other famous cities in Italy.

Thanks to his hard work, the promotion and sales of Chinese tea have grown rapidly in the past decade. There are now many premium tea shops in Rome, Milan and Naples.