CULTURE Italian who survived Auschwitz as a child given top honor

Italian who survived Auschwitz as a child given top honor 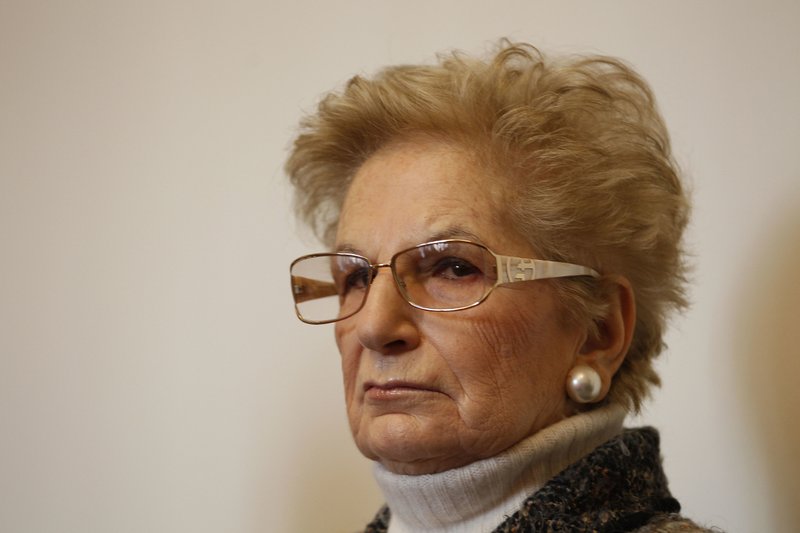 A Jewish woman who was one of the few Italian children to survive deportation to a Nazi death camp has been made a senator-for-life in Italy.

President Sergio Mattarella’s office said Friday that he chose Liliana Segre, 87, for the honor because she had made the nation proud with her commitment to telling schoolchildren about the Holocaust.

Segre and her family went into hiding after the 1938 law was introduced. They were arrested in 1943, and put onto trains departing from Milan toward Nazi-run deportation camps.

Only 25 of 775 Italian children survived the Nazi death camps.

For decades, Segre appeared reluctant to discuss her experiences in Auschwitz, the Corriere della Sera daily said. But in the 1990s, she began speaking to students throughout Italy about the Holocaust.

Senators-for-life vote in Parliament’s upper chamber along with regularly elected senators. Considered role models because of their achievements, they include figures from politics, business, the arts and science.

Segre says being chosen for the honor caught her by surprise.

“I cannot assign myself importance other than that of being a herald, a person who recounts what she has witnessed,” the ANSA news agency quoted her as saying. “I feel like any other woman, a grandmother, and I never thought about this. Knowing I’ll be among senators-for-life is an honor and a great responsibility.”

“Liliana Segre’s life is testimony to freedom,” Premier Paolo Gentiloni said in a tweet. “As a senator she will point out the value of memory. A precious decision 80 years after the racial laws.”

Benito Mussolini’s Fascist regime introduced the laws targeting Italy’s tiny Jewish minority, forcing them out of institutions such as schools and discriminating against them economically. When German troops occupied Italy during World War II, many of Italy’s Jews were rounded up in Rome and elsewhere for deportation to Nazi-run death camps.

The laws were abolished with Mussolini’s demise in 1945.