An array of events marked here on Thursday the 700th anniversary of the death of Dante Alighieri, widely considered the "father" of the Italian language. 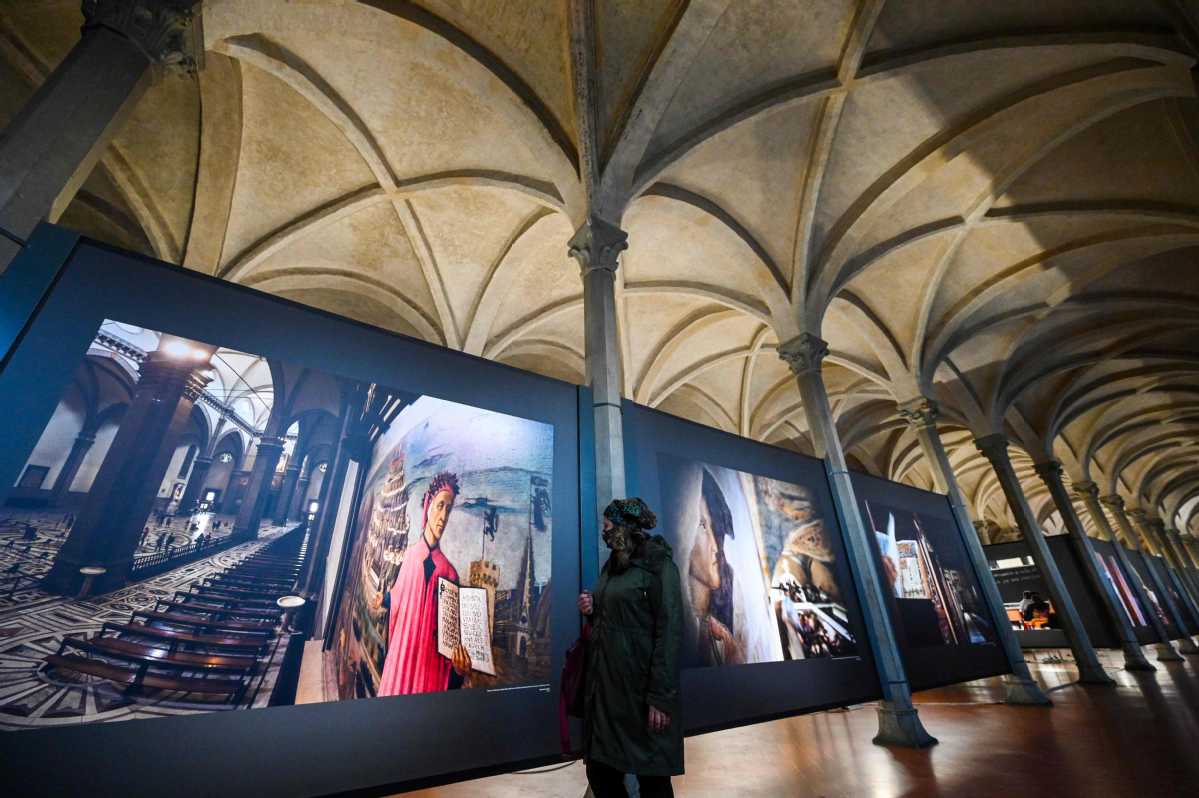 A visitor on Feb 23 views an exhibition in Florence that honors the legacy of Dante. (Photo: Agencies)

More than 100 events were held across the country to honor Dante's memory on March 25, decreed as a National Day ("Dantedi") last year.

"His coherence must be a model for us," Italy's President Sergio Mattarella said in an interview with the country's leading daily Il Corriere della Sera, highlighting the "universality" of Dante's figure.

"Although I'm not fully convinced of the opportunity to actualize historical figures and to compare the medieval country to what Italy is today, I think we must emphasize his (Dante's) ability to transcend his own times and provide teachings that are forever valid," he explained.

Mattarella said that Dante has been "a point of reference and a source of inspiration for generations of Italians, regardless of their specific situation across the different centuries and ages."

Dante was a poet, a renowned scholar and a philosopher. He was born in Florence in 1265. He is primarily known as the author of The Divine Comedy, an epic poem divided into three books of equal length and considered by critics and historians to be the pre-eminent work in Italian.

The largest celebrations on Thursday were held in Florence, Verona and Ravenna, the three Italian cities that hosted and protected Dante during his turbulent life. Florence was his birthplace; in Verona, he stayed after fleeing Florence and that is where his descendants still live; and he spent his last years in Ravenna, where his tomb is also located.

In the city of Parma (Italy's Capital of Culture in 2020-2021), a complete series of illustrations of The Divine Comedy was on display, and an exhibition in Forli brought together depictions of Dante's image by ancient and modern artists.

All events on Thursday were restricted and many were held online only due to the coronavirus measures currently in force in the country.

The celebrations will continue throughout the year with numerous conferences, lectures, readings and shows. These will include another major exhibition at the sumptuous Scuderie del Quirinale museum in Rome in October, fully devoted to the first (and darkest) book of Dante's Comedy, the Inferno (Hell).

Thursday's official ceremonies peaked in the evening with a recital at the Quirinale presidential palace, where Academy Award-winning actor Roberto Benigni read a section (or "Canto") of the Paradiso -- The Divine Comedy's third book -- to a limited audience, which included President Mattarella and Culture Minister Dario Franceschini.

"The three of them had and continue to have a huge influence on our contemporary thought," the minister said, "although Dante is undoubtedly the most universal and transversal, capable as he was of striking imagination in multiple creative forms: from theater to music, from figurative art to writing, from cinema to dance."