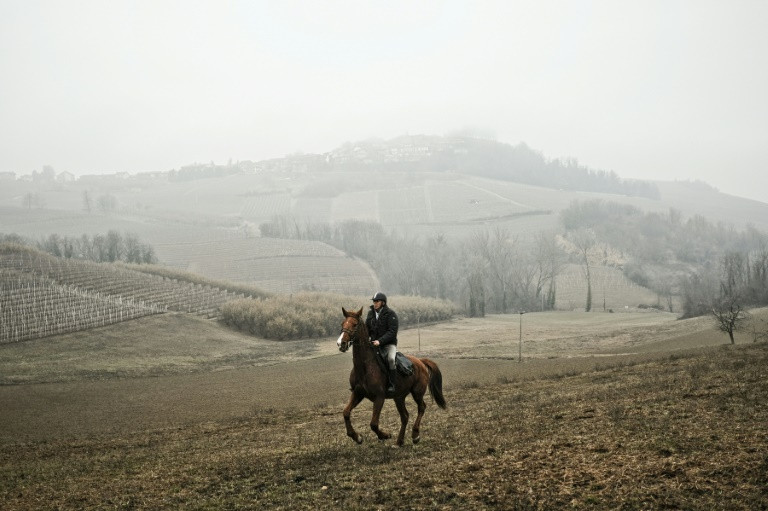 Italian doctor Roberto Anfosso makes his house calls on horseback in the rural, northern Piedmont region, which has an ageing population. Photo: AFP

Through vineyards stretching as far as the eye can see and shrouded in fog, the thud of hooves pounding the loose earth grows louder.

A man on horseback gallops into view.

It could be a scene from a 19th century literary classic, but in the hills of Italy’s northern Piedmont region Roberto Anfosso is just commuting to work.

For the last 10 years, the slight 63-year-old doctor, with white hair, glasses and a neat moustache, has been making his house calls to patients on horseback.

The rural region of Verduno, known for its wine and hazelnuts, has an ageing population.

"This is one of the pockets of Italy with the longest life expectancy. The patients I visit are at least 70 years old. The oldest was 104," he says, patting Ambra's sleek brown coat.

Anfosso says that horseback is his preferred mode of transport for routine, non-urgent visits, such as monitoring diabetes and checking blood pressure.

He pulls his stethoscope and blood pressure monitor from one of Ambra's saddlebags and approaches his patient’s house, his four-year old filly ambling by his side.

"Every week, I ride 80 to 100 kilometres (50 to 62 miles) on horseback. In the first three years, I made 1,000 visits, now I’ve stopped counting," says the doctor, who, when not cantering to tend to the elderly, also works in more conventional surgeries.

Anfosso undertakes his journeys all year round, over the lush green hills during the summer months and through the snow during the icy winters.

“The views are incredible, we are blessed here,” he says.

The grandson of a cavalry officer, Anfosso started riding at the age of 14, when his asthma forced him to give up football.

But his first patient visit on horseback came years later, by chance.

While mapping out a route for an afternoon ride, he received a call to attend to a patient and decided to combine his passion with his calling. 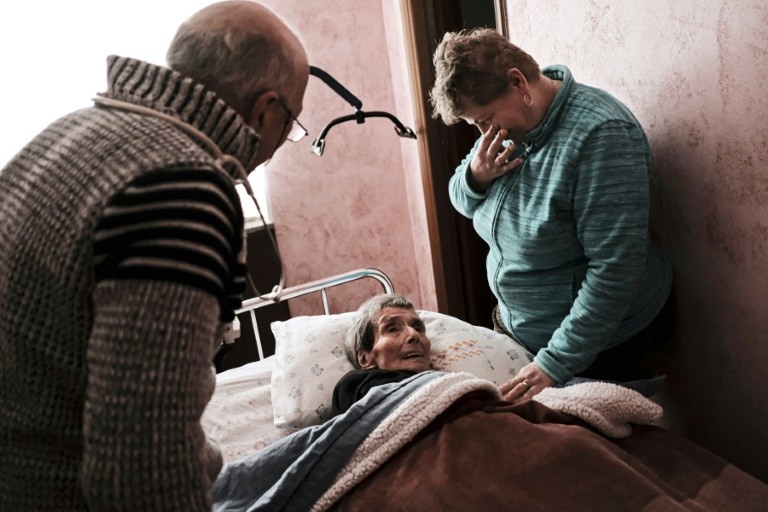 Anfosso's patients in the rural Verduno region are aged at least 70, he says, adding he believes his horseback mode of transport has a positive impact on his relationship with them. Photo: AFP

"When I arrived, the patient looked at me strangely, he was so surprised, he didn't let me in at first," he recalls.

But Anfosso believes his unusual mode of transport has a positive impact on his relationship with patients.

"When a doctor arrives on horseback, the patient feels that he has more time to devote to them. It creates a special, very human, less institutional relationship," he says.

He has also noticed that, for some patients, the horse provides a welcome tonic to relieve day-to-day monotony.

“Elderly people often fixate on what is wrong with them and talk about it constantly. The horse distracts them from their current situation. If a visit lasts 20 minutes they spend 10 talking about the horse, their memories…"

"Very often, they offer you food and wine... Almost all of them are producers. They uncork a bottle and you can't refuse because that would be like refusing the hospitality and fruits of their labour," he says, grinning, of one of the perks of not having come by car.

Showing his whip with its silver horse design tip, he recalls that he saw it in the window of a Parisian sex shop next to the Moulin Rouge during a trip with his wife and friends, and ventured inside to buy it.

The galloping doctor is now well-known across the area. He says that often during his visits, whose cost is covered on the national health service, he receives, "a call from the farm next door who has seen the horse pass by and asks me to come over.”

"Sometimes I've only scheduled one visit but I make 10."

Ignazio Fortino, 70, one of his patients and friends, says the doctor is “always there when you need him".

"We're used to seeing him on horseback. For us there's nothing strange about it. It creates a beautiful relationship and gives the feeling that he is not in a hurry and can take better care of us.”