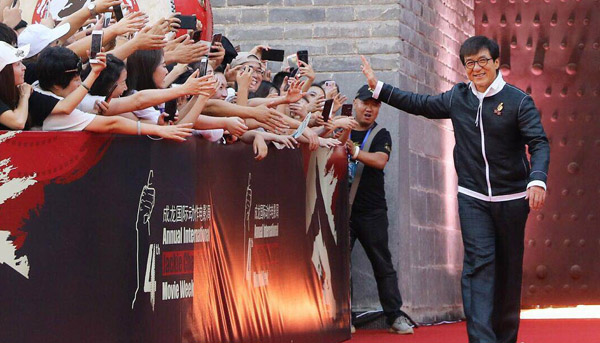 Top Chinese actor Jackie Chan, who has performed perilous scenes in more than 200 films over the past four decades, entertained his guests with stunts at a recent film event he has founded.

At the closing ceremony of the International Jackie Chan Action Movie Week held in Datong, Shanxi province, on Sunday, the 64-year-old superstar used a rope to alight from a helicopter that was hovering around 70 meters above the ground, thrilling his audience. The annual festival, in its fourth edition this year, was held in Shanghai for the past three years.

For Chan, who ranked 59th on US magazine Forbes' 2018 highest-paid celebrity list, the festival is a recognition of stunt performers in the movie business. Chan, who's also a martial arts expert, began his film career as a stuntman in Hong Kong in the early 1970s. He wasn't paid much at the start, but the action scenes that included a lot of jumping, rolling and falling were risky.

"I was once slammed down hard against a cement floor, six times in a week. Every day I clenched my teeth to stand up. I was paid just HK$5 ($0.64) a day," Chan told his audience in Datong. 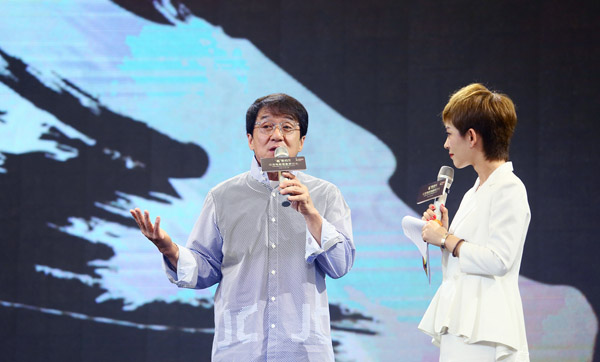 Chan recalls his early years of struggle as a stuntman during a forum in Datong. [Photo by Feng Yongbin/China Daily]

Chan has had a successful career, from the golden era of Hong Kong martial arts films to his foray into Hollywood and through more recent years when he switched to the Chinese mainland market. But most others in the field have not achieved similar success. The work of stunt performers and action stand-ins is undervalued, he says.

With the festival, Chan is using his star power to bring more attention to such actors and actresses.

"It's (the festival) still young, but I hope it will enjoy a popularity similar to some top events such as the Hong Kong Film Awards in the future," he told reporters on the sidelines of the action movie week in Datong.

Chan has an event to raise public awareness about environmental protection and at least seven new films on his busy schedule. "I don't dare to sleep. I have so many things to do." 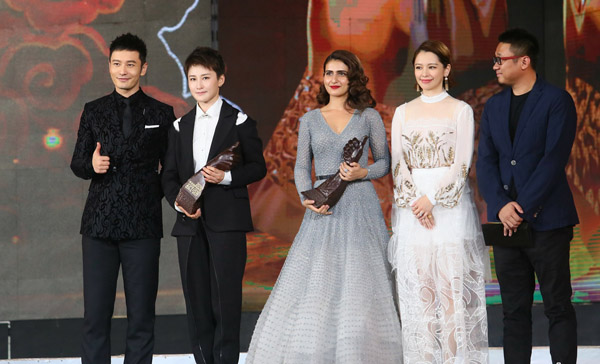 Operation Red Sea, an action-packed blockbuster based on the Chinese navy's real evacuation of more than 800 people from Yemen during a civil war in 2015, was the top winner in Datong, with awards for the best picture, stunts and actress.

The award for the best actor was given jointly to Wu Jing and Duan Yihong for the crime thriller Explosion. Wu also got the best action director award for Wolf Warriors II.

The best actress award was also given jointly to Jiang Luxia for Operation Red Sea and Indian actress Fatima Sana Shaikh for the Hindi film Dangal, based on the real-life story of a wrestler and his daughters, which was a hit in China.

During the festival week, Chan visited some underdeveloped areas in rural Datong to promote local products. He says he was among an early group of top celebrities to launch a campaign targeting poverty alleviation. The Chinese government is aiming to eliminate absolute poverty by 2020. 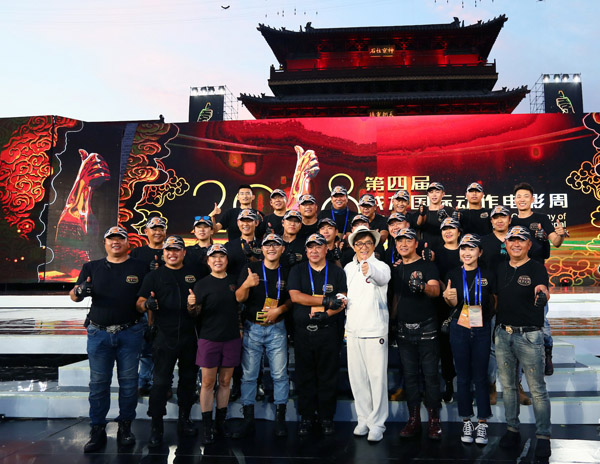 Chan with stunt performers at the movie week. [Photo by Feng Yongbin/China Daily]

The festival saw many industry insiders, film scholars and critics discuss the future of Chinese action movies, which are among the most popular Chinese cultural exports in the modern world.

"Action is one of the most influential genres in the history of Chinese cinema. Superstars such as Bruce Lee and Chan have made 'kung fu' a buzzword across the world," says Li Wei, president of 1905.com, the site of China Central Television's movie channel and a major sponsor of the film festival.

Still, the genre has struggled in recent years and needs better storytelling for today's audience, says Yin Hong, a professor of Tsinghua University.