LeBron James of the Los Angeles Lakers and Giannis Antetokounmpo of the Milwaukee Bucks are the captains for this year's NBA All-Star Game. 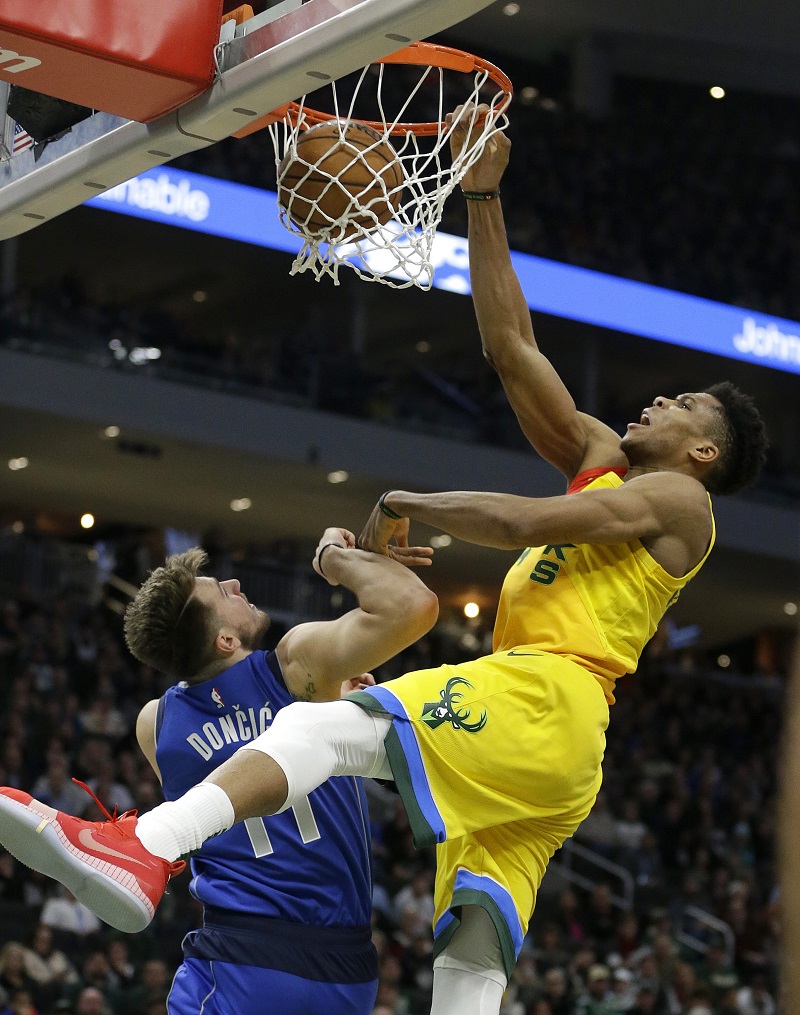 James and Antetokounmpo were the leading vote-getters from each conference, making them the players who will choose who plays on which team for the Feb. 17 matchup at Charlotte.

They will draft their teams on Feb. 7. As the leading overall vote-getter, James will have the first pick — just as he did last year, when the captain's-choice format was used for the All-Star rosters for the first time.

James extended his NBA record by being chosen as a starter for the 15th straight time. Antetokounmpo is now a three-time All-Star.

The starting guards from the East are Boston's Kyrie Irving and Charlotte's Kemba Walker — who'll get to start on his home floor. The East frontcourt picks were Antetokounmpo, Toronto's Kawhi Leonard and Philadelphia's Joel Embiid. From the West, Stephen Curry and reigning NBA MVP James Harden were the picks at guard, with James, Golden State's Kevin Durant and Oklahoma City's Paul George getting the frontcourt spots.

Walker watched the TNT broadcast of the starters' announcement from Milwaukee, and was clearly pleased and relieved to see that he'll have the chance to start on his home floor.

Reserves will be announced Jan. 31. From there, James and Antetokounmpo will choose the rest of their 12-man rosters, with conference affiliations irrelevant.

All-Star starters are chosen by a combination of voting from fans, media and NBA players. Among the notable snubs based on fan voting: Dallas rookie Luka Doncic, who was second in the West frontcourt voting; Minnesota's Derrick Rose, who outpolled Harden for the No. 2 spot in the West guard voting; and Miami guard Dwyane Wade, who fans voted second among East guards in his 16th and final NBA season.

Cover image: Los Angeles Lakers' LeBron James gestures from the bench during the second half of an NBA basketball game against the Cleveland Cavaliers Sunday, Jan. 13, 2019, in Los Angeles.