He began with a video posted on his Weibo, in which he said "Hi China. Hi Weibo."

Cameron is the producer of this upcoming sci-fi film, which he says "has emotionally engaging story with powerful characters." 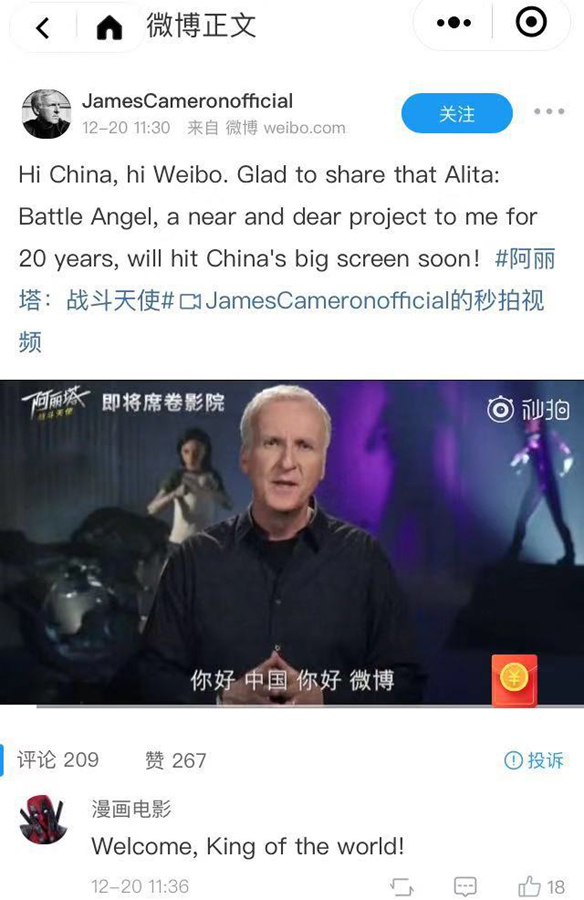 A screeshot of James Cameron's Weibo account. (Photo from web)