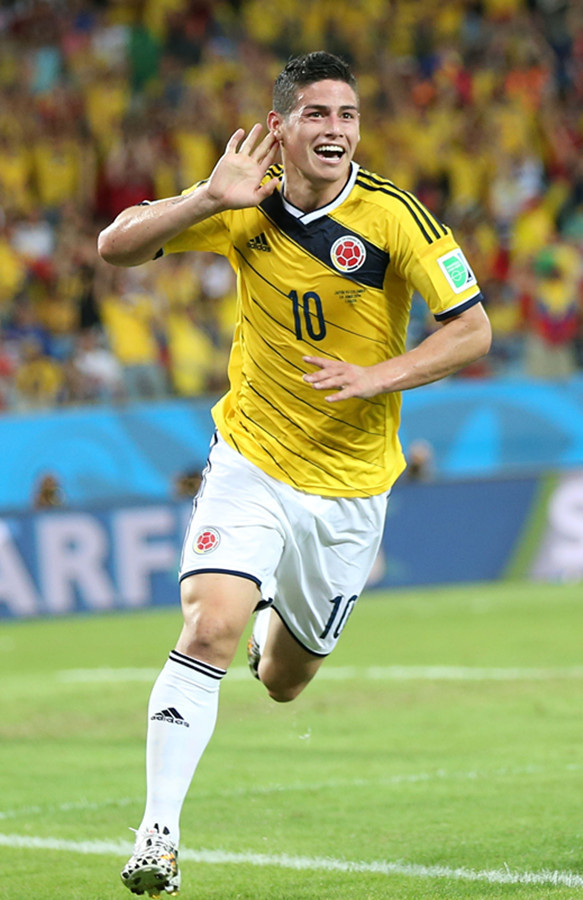 Colombia coach Jose Nestor Pekerman told reporters on Monday that James Rodriguez had no serious injury but whether the midfielder can play the World Cup game against England has not been decided.

Colombia superstar Rodriguez was forced off by muscular injury in World Cup Group H match against Senegal last Thursday. The Bayern Munich star made no attempts at the goal and only 10 passes for 30 minutes.

Pekerman said after the medical test he got the good news of the key player. "We knew that he has no serious injury, but we still have a day and a half to see how he feels. We hope that he can play for the following games," the coach added.

When asked about whether Rodriguez can start in Tuesday's match against England, the Argentine refused to release more details. "I will tell you the starting 11 just one hour before the game," said Pekerman.

However, the 68-year-old coach implied that if Rodriguez is not able to start, Luis Muriel will be his choice. Pekerman said Muriel's performance against Senegal "helped us a lot and the characteristics of him were very important."

Regarding their opponents, Pekerman said England's Harry Kane was one of the top scorers in the world and the coach emphasized that his men need to be careful about the Tottenham Hotspur forward.

Pekerman also said England, who made the wholesale changes of their starting 11 in the final group stage match against Belgium, are able to rest their main players which is "something beneficial."

"World Cup is a tournament of few days of recovery between match and match, more rest always gives an advantage," Pekerman said, "But for us it is also an important opportunity, since we have been playing very hard in decisive games which gave us a lot of credibilities that we are strong."

Tuesday's match in Moscow between Colombia and England will be the last round of 16 clash.