CULTURE Jane Birkin recalls memories as she brings back Gainsbourg

Jane Birkin recalls memories as she brings back Gainsbourg 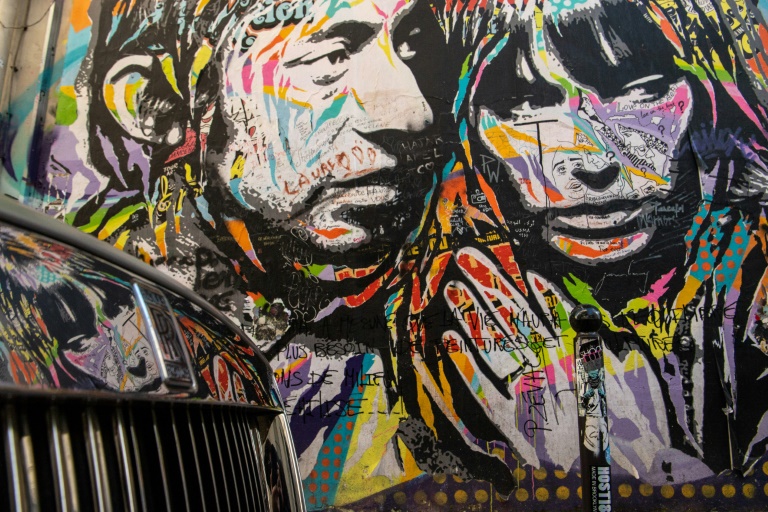 With her distinctly breathy, coquettish voice, Jane Birkin 50 years ago emerged as the muse to her late partner Serge Gainsbourg.

Birkin has revived the legendary French songwriter's music by singing accompanied by a full orchestra -- a format that would have pleased Gainsbourg, who frequently brought in classical motifs.

Birkin, who took her "Gainsbourg Symphonique" Saturday night to Quebec City's giant summer festival, the Festival d'ete de Quebec, explained to AFP some of the memories behind the songs:

When Birkin first met Gainsbourg in 1968, the songwriter was heartbroken from a failed romance with film icon Brigitte Bardot. Birkin, a fledging actress from England, had just arrived in France after divorcing composer John Barry.

Gainsbourg had written the song for Bardot, which he dubbed "the most beautiful love song you can ever imagine," in 1967 and had pictured it as a duet. But in 1969, he ended up recording it with Birkin.

Birkin, who had a heavy English accent in French, said she was not taken aback when Gainsbourg invited her to sing as he was worried he would team up with one of the many actresses eager to collaborate with him, such as Mireille Darc.

"So when he asked me to sing it, after Bardot, I understood well," she said. "I did it, but one octave higher, although not on purpose. It just happened that way.

"It gave it a choirboy side that he liked a lot. It of course was transposed to our relationship -- he was 40, I was 20, but we were both acting younger.

"He also liked that I was English. Even the fact that I was married to John Barry, the James Bond composer, that flattered him a bit, with him just leaving Bardot."

"It makes me smile a bit. People crack up when hearing me say that."

In 1983, Gainsbourg and Birkin had been separated for three years but he continued to write songs for her. Birkin said she remembers him intensely when she sings "Les dessous chic."

"It's the most beautiful song about separation you could ever have," she said. "It's probably my favorite because everything that's inside of it is really him."

"There's a great modesty in all of his songs that he wrote about separation. Serge never stopped writing about me until the end."

In 1987, Jane had been involved for seven years with director Jacques Doillon with whom she had a daughter, Lou.

"Eternal questions had been gnawing on me about my identity, whether more French or English, and about aging," she said. "Serge refused to write me a song on that theme and would tell me, 'You'll never get old.'"

After Birkin told Gainsbourg how she hummed a melody of Edvard Grieg in a commercial, the songwriter wrote her a song based on the Norwegian composer's "Peer Gynt." But he insisted on choosing the theme.

"It's strange to sing about the pains of someone else, who knowingly asks you, and no one else, to sing them. Serge was crying during the recording and I was singing the best I could and as high as I could to make an impression."