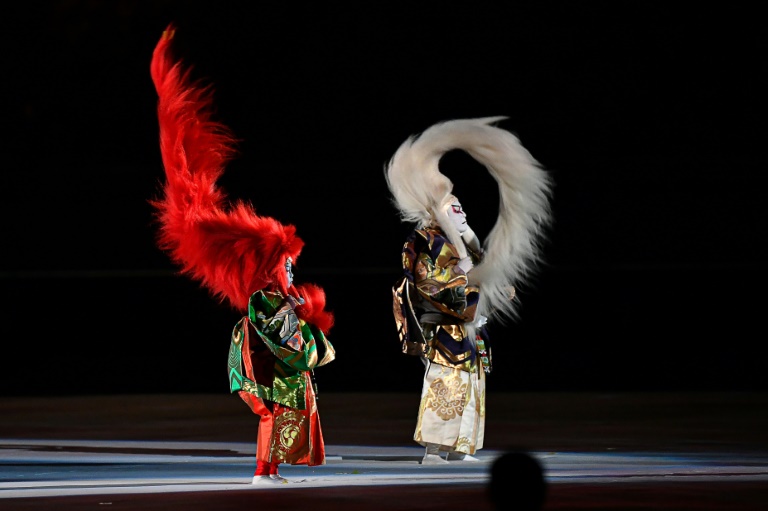 From a galaxy far, far away, Star Wars is coming to a traditional Japanese kabuki theatre stage for a one-off performance in Tokyo celebrating the blockbuster cinema series.

Kabuki actors will swap their samurai swords for lightsabers to perform the adaptation of the wildly popular series later this month, ahead of the release of the final film in the main Star Wars saga.

Ichikawa Ebizo, among the biggest names in Japan's heavily choreographed kabuki world, will star as Kylo Ren, the son of Han Solo, who is drawn to the dark side.

The performance on November 28 at an undisclosed location in Tokyo is shrouded in secrecy but will feature key moments from recent installments of the series, the Japanese arm of Disney said in a statement.

Disney said it plans to invite at least 25 couples to the performance, which will also be live-streamed.

"'Star Wars kabuki' will depict the sagas of love and loss for the Skywalker family that stretch for more than 40 years," Ichikawa said in the statement.

"It will be a show that both Star Wars fans and kabuki fans will enjoy."

The new Star Wars film, which hits movie theatres from December 20, will be the final episode of the Star Wars epic that began four decades ago.

The multi-generational saga of the Skywalker clan is a global phenomenon, with Japan no exception, particularly among those who remember the original trilogy released in the 1970s and 1980s.

And Star Wars is said to have been influenced throughout the years by Japan.

Director J.J. Abrams has said Ren's fractured facemask was inspired by the Japanese art of kintsugi, where cracks are repaired with silver or gold and highlighted rather than hidden.

The production comes as kabuki actively adopts new themes to appeal to a wider audience, adapting popular comic books and other works in a bid to draw in new viewers.

The artform with its set pieces and historical weight is often associated with kimono-clad elderly patrons, and adaptations of popular comic books like "One Piece" and "Naruto" are an attempt to shake off a stuffy image.