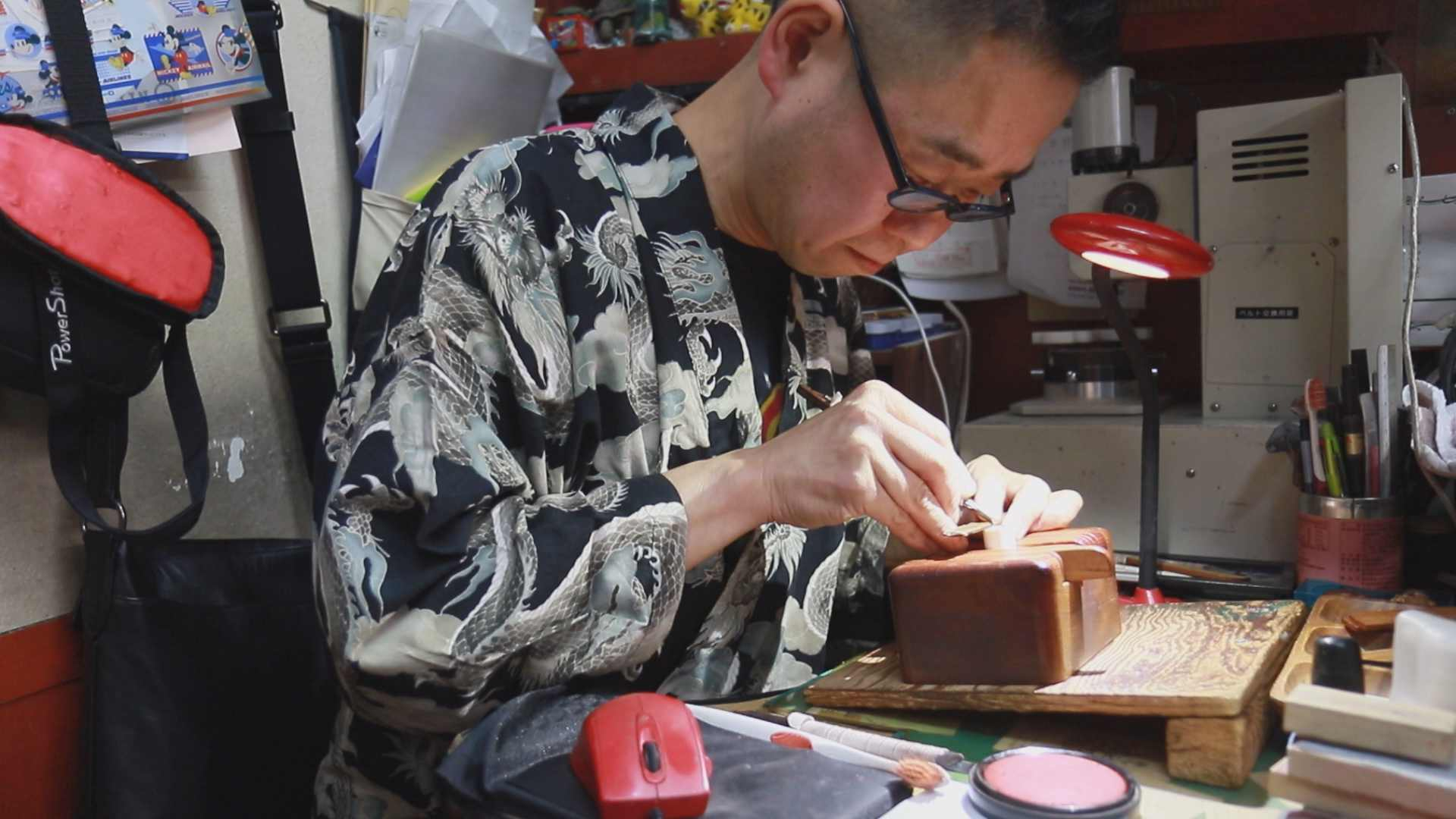 Right under Tokyo's bustling Shibuya Crossing is Todo Insho, a small underground shop that has been making personalized traditional seals for over 60 years.

"The best ivory for carving 'hanko' comes from the center of the elephant tusk where the ivory is fine-graved and firm. In contrast, buffalo horns are moist so it's difficult to carve," said Hideki Arami, a master craftsman and third-generation carver at Todo Insho.

Arami said out of the roughly 70 orders he receives each month, four are for ivory.

"Ivory 'hankos' are like no others because of its perfect compatibility with ink. It's also auspicious, because the longer the stamp is used it absorbs the ink pad, and it's believed to take in luck and fortune," he said.

Japan is home to the world's biggest ivory market, largely because of demand for "hanko" stamps.

Elephant tusks are mainly used to make these seals, which have traditionally been used in place of signatures to certify official documents, like marriage certificates and bank applications.

But Japan is now facing global pressure to halt domestic sales of ivory.

"Hanko" stamps account for 80 percent of all ivory products consumed in the country, according to non-profit organization WildAid.

Customers can purchase pre-made plastic "hankos" for about one US dollar to be used in everyday life. But many Japanese own at least one custom, hand-crafted "hanko" made from premium materials such as buffalo horns, premier wood and ivory.

After China banned its domestic ivory trade in 2017, pressure has mounted on Japan to follow suit. In response, Tokyo tightened regulations on ivory transactions in July.

For instance, anyone who wishes to buy or sell whole elephant tusks in Japan must now prove its age through carbon dating. The Ministry of Environment said this new measure will tighten restrictions on illegal tusks acquired after 1990, when the global ivory trade was essentially banned under the Washington Convention.

However, activists say there are many loopholes in the new regulations.

Masayuki Sakamoto, executive director of Japan Tiger and Elephant Fund, said carbon dating will apply only on whole tusks and not to the tusks already stockpiled. He added that some traders are cutting tusks earn an exemption from the new regulation.

Based on his personal investigations, Sakamoto said he has uncovered cases of Japanese customs officials overlooking illegal exports of ivory. He said it's extremely difficult to strengthen customs control. "So, the only solution is to close the country's legal market."

Even some master "hanko" carvers like Arami are in favor of shutting down the market.

"I don't get as many orders of ivory 'hankos' anymore, especially from the younger generation. So, if the country runs out of its tusk stockpile, that's it. It won't severely affect my business," he stressed.