Japan's new Pokemon movie hit Chinese screens on Friday, joining plenty of other animations flocking to take advantage of both the lucrative summer season and the upcoming National Day holiday. 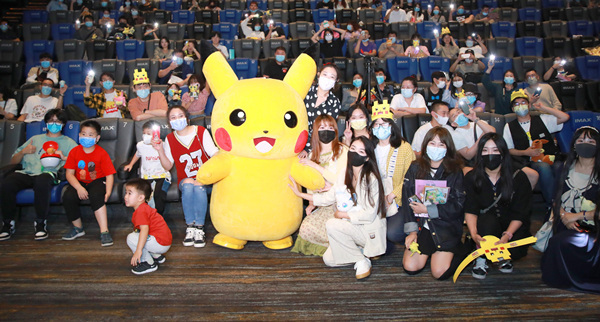 Pikachu poses for a photo with children and parents in a theater holding the premiere of "Pokemon the Movie: Secrets of the Jungle" in Beijing, Sept. 10, 2021. (Photo: Today Pictures)

"Pokemon the Movie: Secrets of the Jungle," directed by Tetsuo Yajima, is the 23rd film set in the Pokemon universe based on Satoshi Tajiri's "Pokemon" media franchise. The film, which returns to the series' traditional 2D art style rather than using CGI animation, was first released in December last year in Japan, and has grossed more than $16 million so far, according to Box Office Mojo.

"Secrets of the Jungle" is like Pokemon meets "The Jungle Book" and "Avatar." It follows Ash Ketchum, as he and Pikachu explore the forest of Okoya and discover Koko, a boy who has been raised by Dada Zarude, a unique version of the Mythical Pokemon. Koko needs to find his true identity while they have to fight Doctor Zed and his Biotope Company which want to destroy the Okoya forest in order to harness the healing powers of its secret spring.

"Pokemon" is one of the world's most popular multimedia franchises comprising of animated TV series, home entertainment, films, trading cards, video games, and more. The franchise's films have grossed more than $1 billion worldwide. The anime series was also immensely popular with children in China. Three "Pokemon" movies have so far been imported to China. Hollywood's "Pokemon Detective Pikachu" grossed 640 million yuan in 2019, while Japan's "Pokemon the Movie: Volcanion and the Mechanical Marvel" earned 25.65 million yuan in 2017, and the CGI animated film "Pokemon: Mewtwo Strikes Back – Evolution" grossed 16.13 million in 2020. 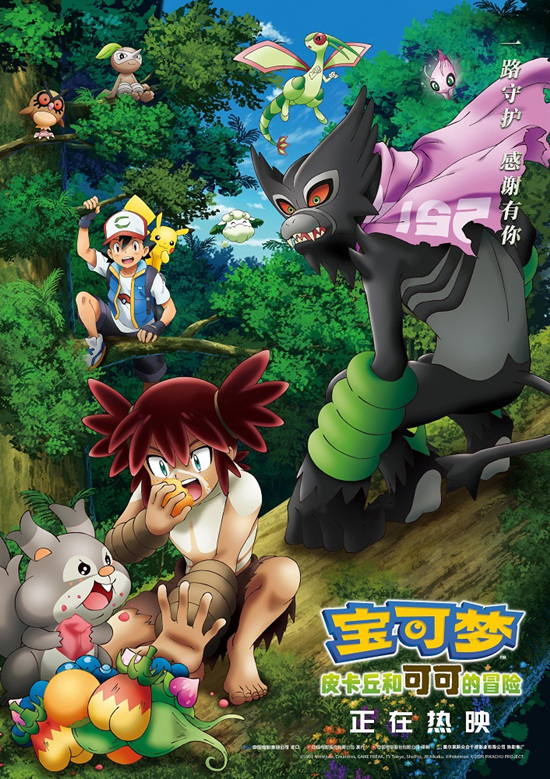 A Chinese poster of "Pokemon the Movie: Secrets of the Jungle." (Image: China Film Group)

The new Pokemon movie is the latest of many animations released in China this year. A total of 26 animated features hit theaters this summer and grossed 1.53 billion yuan in China, which counted for 20.7% of the total gross of all films screened in the market this season, according to ticketing platform and box office tracking agency Maoyan. Among them, the most successful was

by Me Doraemon 2" and U.S. live-action "Peter Rabbit 2: The Runaway" ranked second and third, earning 277 million and 197 million yuan respectively.