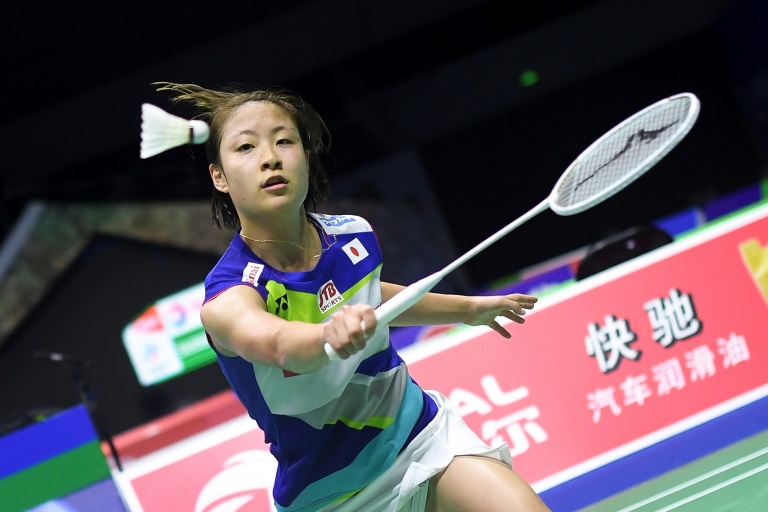 Japan gambled by resting top-ranked Kento Momota and nearly paid the price, suffering a huge scare before battling back to beat Russia 3-2 in their Sudirman Cup opener on Monday.

Top-seeded Japan are bidding to win the mixed-team world championships for the first time, but a major shock was on the cards when they went 2-1 down.

The unfancied Russians enjoyed surprise victories in the men's singles and men's doubles, before the Japanese fought back in the Chinese city of Nanning.

They were initially unaffected and won the mixed doubles in the opening rubber.

But Russia then took advantage of Japan's weakened side with Vladimir Malkov, ranked 62, beating Momota's replacement Kenta Nishimoto -- 10th in the world -- and also winning the men's doubles.

But Japan's women saved the day for them, world number two Nozomi Okuhara thrashing Natalia Perminova in the women's singles to make it 2-2 in the tie.

The women's duo of Yuki Fukushima/Sayaka Hirota saw off Ekaterina Bolotova/Alina Davletova to save Japan from embarrassment.

"It was a relief to get the winning point," said Fukushima.

"In the end it worked out well for us."

Holders South Korea, who stunned 10-time winners China to lift the Sudirman Cup in the previous edition in 2017, were comfortable 4-1 victors over Hong Kong.

An Se-Young, who is just 17, won her singles match as the Koreans got their title defence off to a winning start.