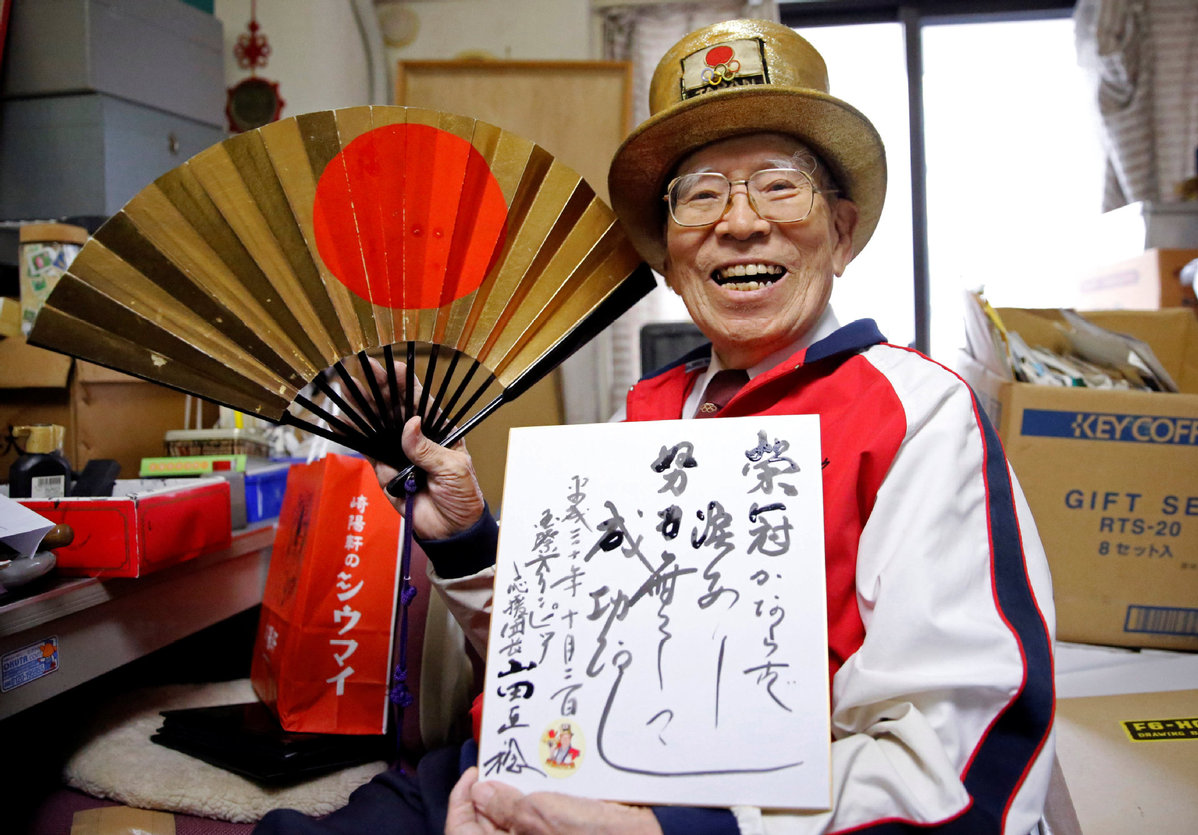 Naotoshi Yamada poses for a photo at his office in Tokyo, Japan, October 3, 2018. (Photo: Agencies)

TOKYO - A Japanese mega-fan of the Olympics who attended every summer Games since Tokyo in 1964 has died, just over a year before his home city was to again host the global showcase.

Tokyo businessman Naotoshi Yamada, 92, who died on March 9, was a national celebrity in his own right with his repeated, gleeful appearances in Olympic grandstands.

"Uncle Olympics", as he came to be known, was an omnipresent fixture for Japanese TV audiences.

Often sporting a gold top hat, a kimono and a beaming smile, Yamada became a darling of the international media.

"After 92 years spent cheering, Naotoshi Yamada, international Olympic cheerleader, was called to eternal rest on March 9, 2019," read a post on his website, managed by a firm he founded.

Born in 1926, Yamada built a successful wire rope manufacturing business and also expanded his portfolio to include the hotel and real estate sectors.

Away from work, his passion was the Olympics.

Yamada saw the first Tokyo Olympics when he was 38, but his passion was truly ignited at the 1968 Mexico City Games, according to his website.

He donned a kimono and a sombrero hat and loudly cheered for a Mexican 5,000-meter runner, mistaking him for a Japanese athlete.

Local spectators embraced the scene and loudly cheered for Japanese athletes in return, leading to an electrifying show of support that went beyond nationality, his website said.

Meanwhile Japanese Olympic Committee chief Tsunekazu Takeda, who is expected to announce plans to step down this week, is also set to resign as a member of the International Olympic Committee, Kyodo News reported on Tuesday.