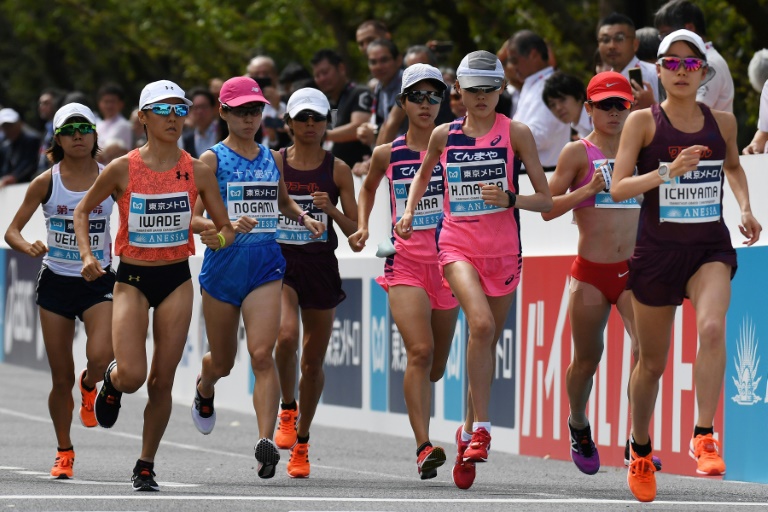 The International Olympic Committee says it is considering moving the Tokyo 2020 marathon to Sapporo over fears that sweltering summer temperatures in the Japanese capital could affect athletes. (Photo: AFP)

Japanese officials have been caught by surprise at an International Olympic Committee plan to move the Tokyo 2020 marathon over heat fears.

The IOC said Wednesday it is considering moving the event to Sapporo over concerns that sweltering summer temperatures in Tokyo could affect athletes.

The northern city is more than 800 kilometres (500 miles) further north than the capital and would be five to six degrees cooler during the day.

But officials in both cities said they had not been consulted on the decision.

"I was very surprised that the IOC specifically mentioned Sapporo but at the same time I feel honoured," Sapporo mayor Katsuhiro Akimoto told reporters on Thursday.

Tokyo governor Yuriko Koike said she would be seeking more information on the plan.

"It is a very unexpected announcement. We know for a fact that many local (Tokyo) residents are very excited and making preparations for it," Koike said.

"I wish to discuss what is the best from (all standpoints)," she said.

Local media quoted Koike suggesting the IOC might consider moving events to a string of northern islands that Japan contests with Russia, in an apparent dig at the decision.

"For Tokyo 2020, it came as a bit of surprise and I understand that," John Coates, chairman of the IOC's Coordination Commission, told Japan's Kyodo News in an interview in Doha.

"But the problem is that you can't leave this up in the air," he said.

"We want the athletes to have every opportunity to perform at their best. We now know that that's not possible in that heat (in Tokyo)," he said.

'We have to accept'

Tokyo 2020 President Yoshiro Mori told reporters on Thursday the organisers have no choice but to accept the plan.

"The IOC and the International Association of Athletics Federations support the plan. Can we say no as the organisers?" Mori asked, adding IOC President Thomas Bach told him over the phone about the plan.

"We have to accept this. It's not about whether (the plan) is good or bad."

The 1964 Tokyo Olympics were held in October to avoid the summer heat.

Temperature issues have quickly become the major headache for 2020 organisers, who have otherwise won praise for their preparations.

Organisers had already brought forward the start time for several events including the marathon and rolled out a variety of anti-heat measures including artificial snow.

However, recent test events did little to cool fears, with a French triathlete treated for heatstroke and several spectators taken ill at a rowing trial.