CULTURE Japanese teacher returns to China to be with students

Japanese teacher returns to China to be with students

Despite the COVID-19 outbreak, Yumiko Yamazaki decided to return to China early from her hometown in Sendai, Japan, in late January. 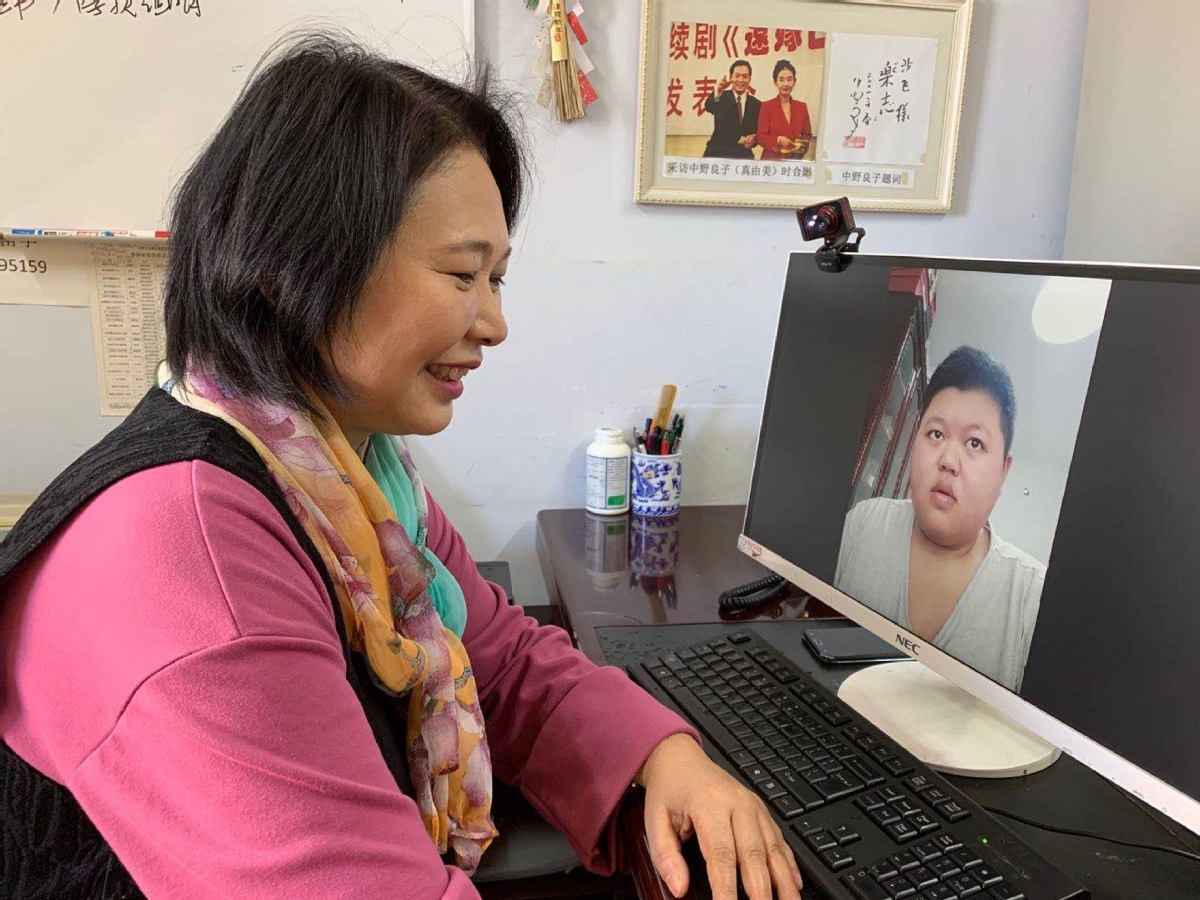 Yamazaki, 57, runs a foreign language institute with her husband in Changchun, Jilin province.

"I had planned to return on Feb 3 after spending my Spring Festival holiday with my son, who is studying in a college in Japan," she said. "When I got the news that the educational institutes might be asked to suspend operations due to the serious epidemic, I decided to come back to prepare online courses for my students, even though neither my husband nor my son agreed with me."

"Furthermore, I wanted to stay with my Chinese students, friends through the hard days," she said. "I will never forget when a 9-magnitude earthquake hit eastern Japan in March 2011, local residents showed full support and sent their best wishes to my motherland."

Back then, local Chinese hung banners bearing the characters 'Stay Strong, Japan' along the busiest streets in Changchun, she recalled. Some college students volunteered to raise donations for the disaster rescue.

Yamazaki came to Changchun in October 1995 to learn Chinese at Jilin University and married a Chinese man in June 1996.

She taught in the Japanese department of the university until 2003, when the couple started their Japanese language institute.

"Sendai and Changchun are sister cities," she said."I was born in Sendai, but Changchun has become my second hometown. It's where I realized my dream of being a teacher."

"I must do something for my deeply beloved city," she told China Daily. "Although I couldn't fight against the virus on the front line like medical workers, I hope I can give my students more power and confidence in my class."

She usually spends six hours every day in front of her laptop giving online courses to her students, including Japanese pronunciation, grammar and conversation.

In her online class for spoken Japanese, Yamazaki has added lots of content related to COVID-19, leaving a deep impression on her students.

"A student told me that even though he had received a lot of information about the quick construction of the two hospitals (Huoshenshan and Leishenshan) in Wuhan, he still felt quite honored and proud of China when he learned about it again in my class," she said.

Since she returned from Japan, Yamazaki has also received lots of care from the local foreign affairs office and the community where she lives.

"They sent me masks and disinfectant and provided me with help whenever I needed it," she said. "Noticing the community staff's busy work, I decided to become a volunteer, assisting them with epidemic control and prevention in my spare time."

Together with the community staff and other volunteers, Yamazaki is responsible for disinfecting, patrolling and checking residents' temperatures in the community.

Temperatures in Changchun can still dip to around -10 C in early spring, making outdoor disinfection a hard task.

"Sometimes the disinfectant falls on my coat, turning into thin ice immediately with a strange smell," she said. "But I believe it will be a memorable experience for me to participate in the fight as a foreigner."

"Since the epidemic outbreak, my students have sent me countless messages, telling me to wear face masks and gloves outside for disease prevention," she said. "They also expressed how much they missed me. In fact, I miss them, too."

"When we finally overcome the epidemic, I want to return to my classroom immediately," she said.