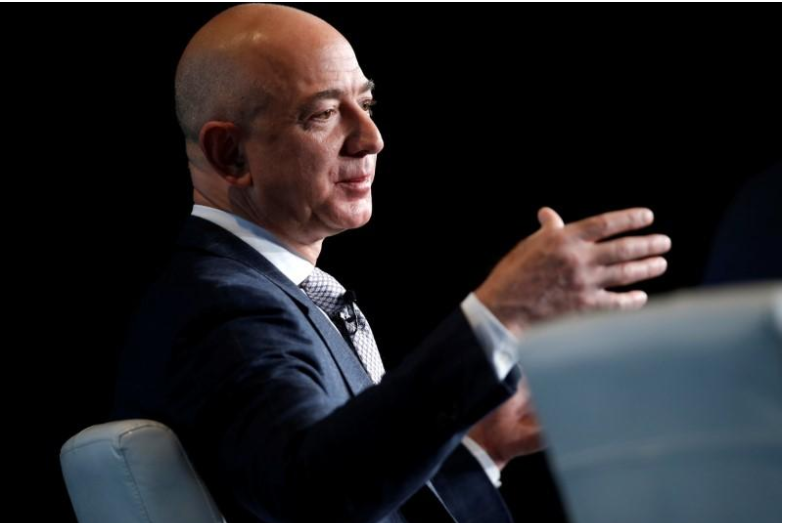 Jeff Bezos, founder of Blue Origin and CEO of Amazon, speaks about the future plans of Blue Origin during an address to attendees at Access Intelligence's SATELLITE 2017 conference in Washington, US, March 7, 2017. Photo: Reuters/Joshua Roberts

The scholarship program will fund US high school graduates with a Deferred Action for Childhood Arrivals (DACA) status, an Obama-era program protecting young immigrants brought to the United States illegally by their parents - commonly known as Dreamers.

US President Donald Trump on Wednesday blasted the federal court system as "broken and unfair" after a judge blocked his administration's move to end the DACA program.

2,850 students are currently enrolled in different colleges as part of TheDream.US scholarship, which covers the cost of tuition, fees and books.

Bezos’ parents, Mike and Jackie Bezos, were among the early donors to TheDream.US. The Bill and Melinda Gates Foundation, Pershing Square Foundation and Chan Zuckerberg Initiative are also among the other major contributers to the program.