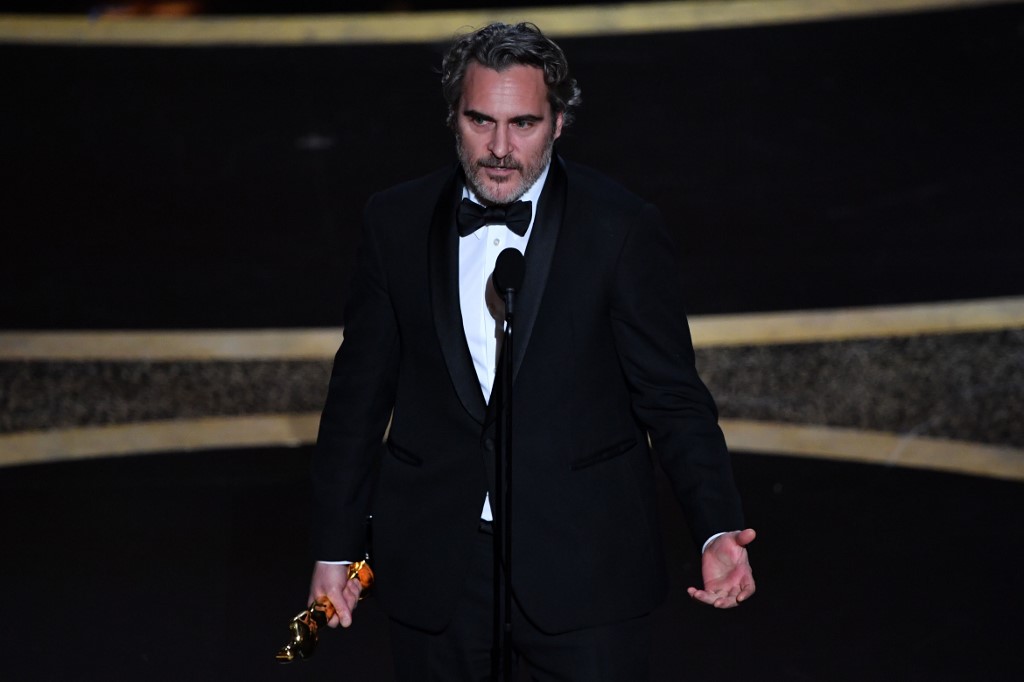 US actor Joaquin Phoenix accepts the award for Best Actor for "Joker" during the 92nd Oscars at the Dolby Theatre in Hollywood, California on February 9, 2020. (Photo: AFP)

LOS ANGELES, Feb. 9 (Xinhua) -- Joaquin Phoenix won the Best Actor Award for psychological thriller film "Joker" at the 92nd Academy Awards ceremony, or the Oscars, held at the Dolby Theatre in Hollywood in the western U.S. city of Los Angeles on Sunday night.