Nikola Jokic had 18 points, 14 rebounds and 10 assists for his 21st career triple-double to help the Denver Nuggets extend their home winning streak to 11 by cruising past the Los Angeles Clippers 121-100 on Thursday night. 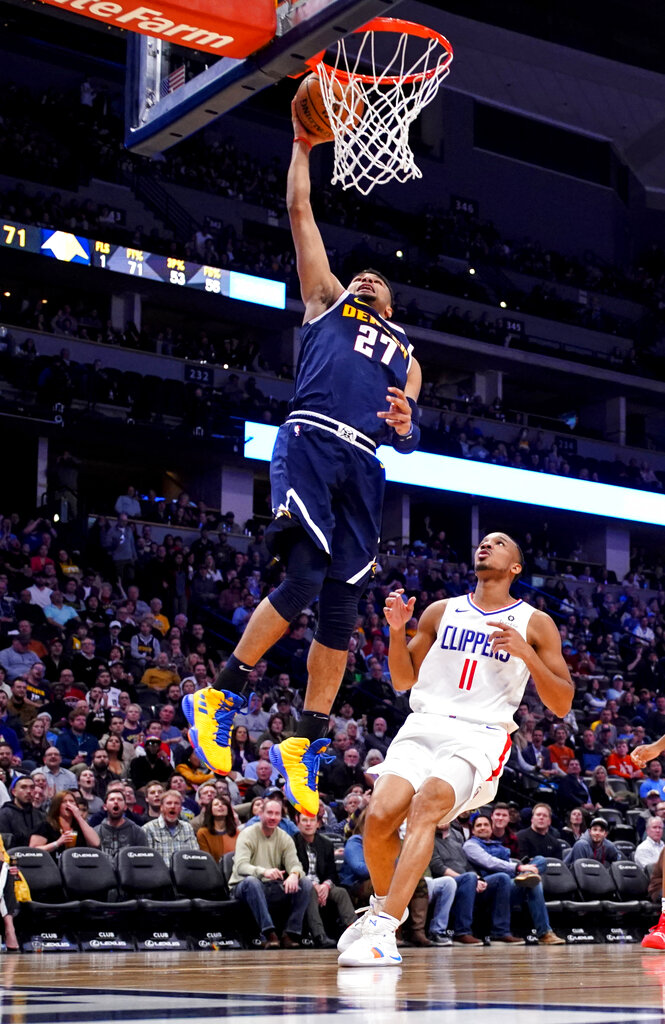 Jamal Murray scored 23 points and Mason Plumlee added a season-high 17 points to go with 12 rebounds for the Western Conference-leading Nuggets. They're 17-3 at home.

Lou Williams led the Clippers with 19 points, and Danilo Gallinari chipped in 18 against his former team.

Jokic did a little bit of everything. The big man turned in the pass of the night when he threw a full-length strike over a defender to Murray for a dunk in the third quarter. Jokic later had a layup when he bounced the ball off the backboard to himself.

Jokic was coming off a game in Miami on Tuesday in which he had 29 points, 11 rebounds and 10 assists.

After the final buzzer, he signed a jersey for Broncos pass rusher Von Miller, who happened to be sitting courtside. Miller also gave Jokic a Broncos jersey.

Denver built the lead to 102-81 with 9:03 remaining on a jumper by Monte Morris. The Clippers made a little run, but Morris silenced it with a 3-pointer.

Gallinari received applause from the crowd when he was announced. He joined the Clippers last season after a bulk of his career in Denver. He was limited to 21 games with Los Angeles in 2017-18 due to injuries and didn't suit up when the Clippers played in the Mile High City.

"I root for him. I root for guys that were here and helped me as a young head coach get this thing off and running," Nuggets coach Michael Malone said. "Gallo was nothing but great in the time I was able to coach him." 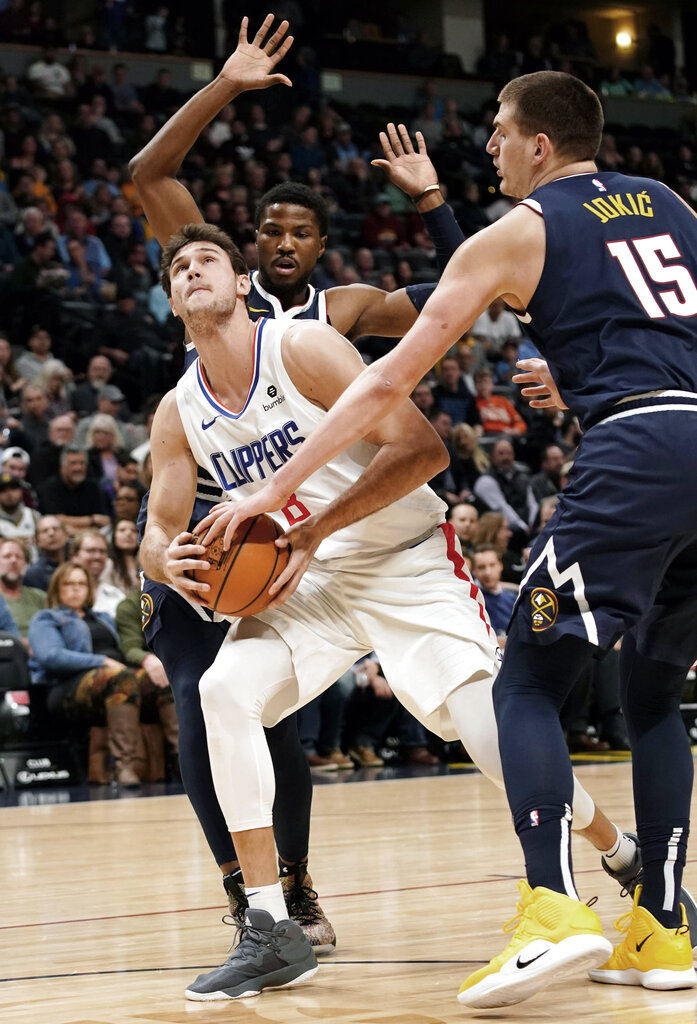 Los Angeles Clippers forward Danilo Gallinari (8) has the ball slapped away by Denver Nuggets center Nikola Jokic (15) as Malik Beasley, back, looks on during the first quarter of an NBA basketball game Thursday, Jan. 10, 2019, in Denver.

Clippers: F Luc Mbah a Moute remains out with a sore left knee. ... G Patrick Beverley was ejected in the fourth quarter for arguing.

Nuggets: G Gary Harris missed his second straight game with tightness in his left hamstring. ... F Juancho Hernangomez has been dealing with an injury. Earlier this season, he dealt with an abdominal strain. "If it gets to a point we have to shut him down for a bit, we'll do so," Malone said.

Jokic, who's from Serbia, currently sits in seventh place among Western Conference frontcourt players in the All-Star voting by fans. Dallas rookie and Slovenian native Luka Doncic is second, with fans counting for 50 percent of the vote to determine the starters. 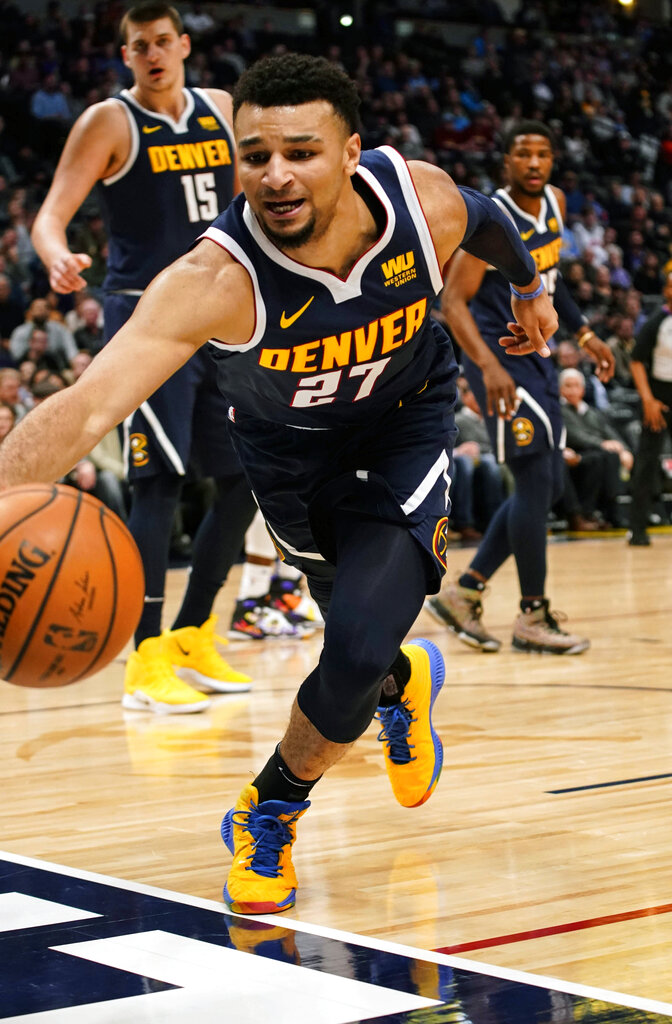 Denver Nuggets guard Jamal Murray dives to try and save the ball from going out of bounds against the Los Angeles Clippers during the first quarter of an NBA basketball game Thursday, Jan. 10, 2019, in Denver.

Nuggets: At Phoenix on Saturday before hosting Portland the following night.