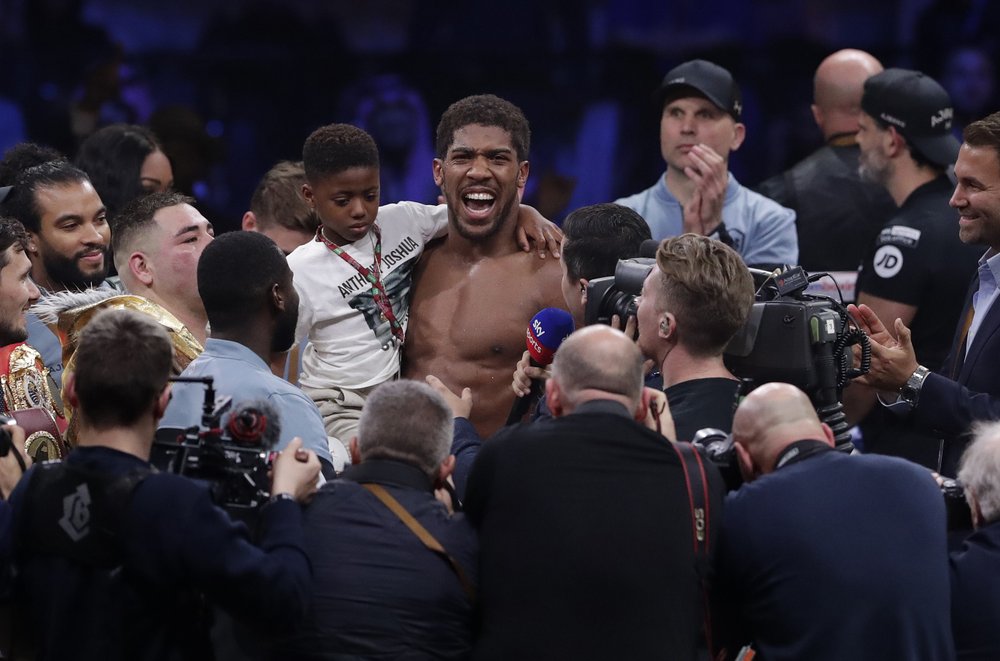 Anthony Joshua jumped up and down in the ring with his massive entourage, celebrating being around $70 million richer and having three world heavyweight belts back in his possession.

For the British boxing superstar, it was well worth this controversial trip to Saudi Arabia.

In the first heavyweight title fight to be held in the Middle East, Joshua toyed with an out-of-shape Andy Ruiz Jr. over 12 unspectacular rounds to win a unanimous points decision, reclaim the WBA, WBO and IBF belts, and avenge a stunning upset by his Mexican-American opponent six months ago.

Joshua got his game plan spot on, using his lighter frame to outmaneuver Ruiz and selecting his moments to go on the attack. 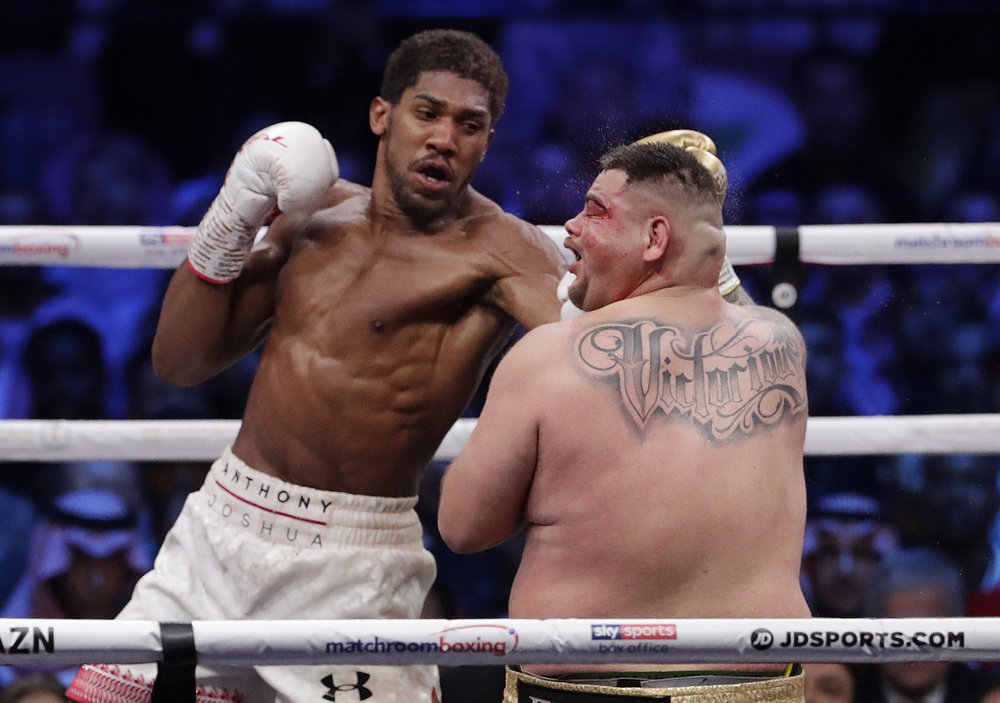 In the final seconds of a bout fought in the early hours of Sunday in a relatively cool 19 Celsius (66 F) for this part of the world, Joshua was almost running around the ring and Ruiz — exhausted and outfought — was planted in the middle, urging him to come closer.

“I am used to knocking people out,” Joshua said, “but last time I got hurt so I gave the man his credit. I said I would correct myself again.”

Ruiz, who weighed in at 283 pounds (128 kilograms) to be the second heaviest boxer to fight for a world heavyweight title, had no complaints.

“He boxed me around,” Ruiz said, acknowledging that he came in too heavy after putting on 15 pounds since the first fight.

“I didn’t prepare how I should have. I gained too much weight. I don’t want to give excuses, he won ... If we do a third fight, you best believe I’m going to get in shape. I’ll be in the best shape of my life.”

Whether Joshua agrees to that remains to be seen. There is no rematch clause this time round and Ruiz, short with quick hands, is an awkward opponent.

Joshua proved he had another side to his boxing skills other than a big punch. His career is back on track, for sure, but his reputation might be sullied for other reasons.

The fight was played out to a backdrop of concerns that Saudi Arabia was using this and other big sporting events to divert attention from its human-rights violations. They include the murder of journalist Jamal Khashoggi last year in the Saudi consulate in Istanbul.

Joshua has shrugged off concerns that he was being used in what some, like human rights organization Amnesty International, called a “sportswashing” exercise, and he thanked Saudi Arabia for hosting the fight afterward.

Women who attended the fight at the outdoor, purpose-built, 15,000-capacity Diriyah Arena did not appear to be segregated, as they have been in sports stadiums in Saudi Arabia since being allowed into them for the first time last year. 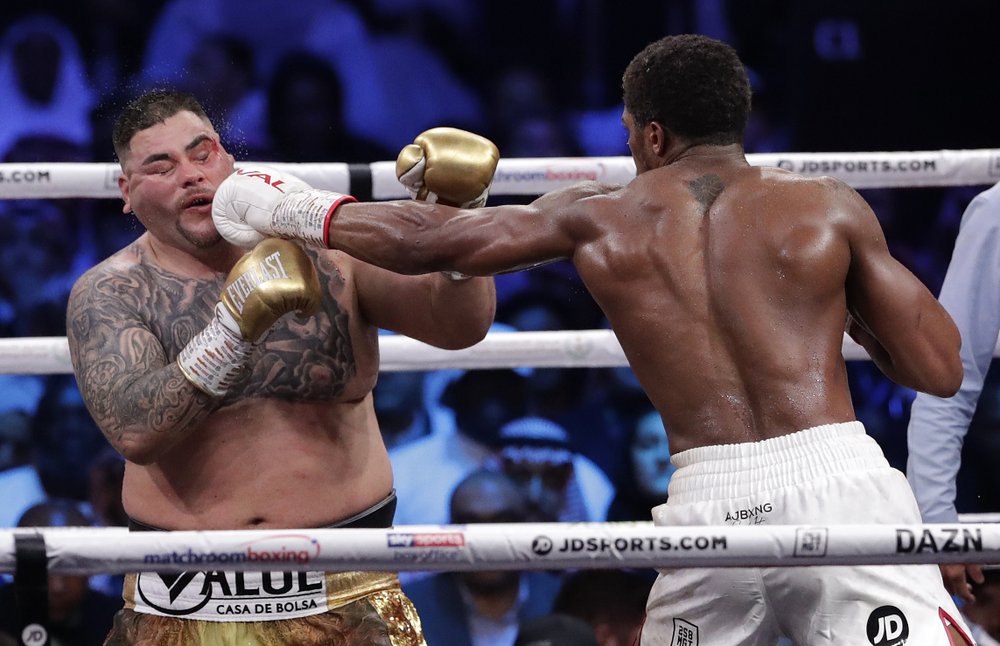 Indeed, it felt just like any other venue once the action got underway, with a pro-Joshua crowd chanting the usual repertoire of songs about the fighter. To make Joshua feel even more at home, there was a rare downpour of rain just before the fight and at times during the afternoon.

Ruiz knocked down Joshua four times on the way to a seventh-round win in New York in June that was regarded as one of the biggest upsets in the history of heavyweight boxing.

There was none of that drama in the rematch, with Ruiz rarely connecting with Joshua. When he did, it was with punches to the back of the head that earned him a ticking-off from the referee.

Ruiz finished the fight with blood across his face, having been caught with a right hook by Joshua in the first round.

There were straight lefts from Joshua in the fourth and ninth that rocked Ruiz back, and a right hook in the fifth that also hurt the champion.

“I just wanted to put on a great boxing masterclass and also show the sweet science of this lovely sport. It’s about hitting and not getting hit,” Joshua said.

“Sometimes with certain fighters you have to box smarter. I understand what Andy brought to the table so I had to decapitate him in a different way.”