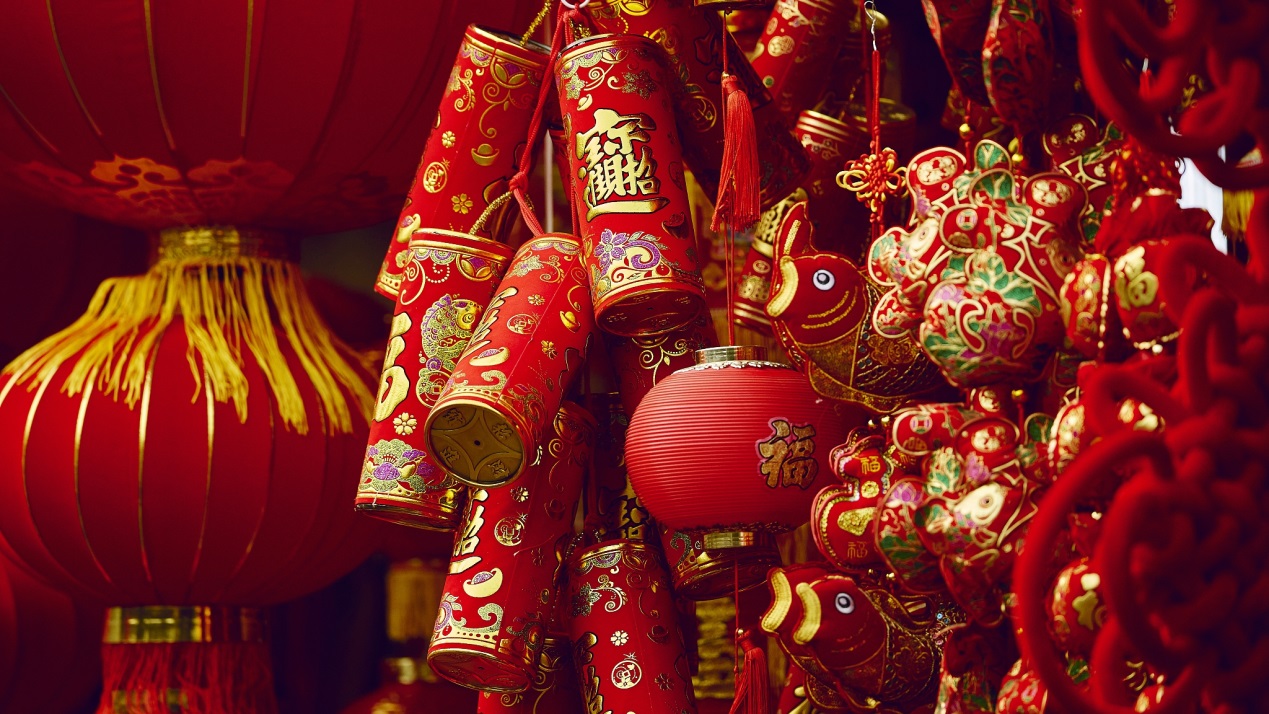 BEIJING, Feb. 14 (Xinhua) -- With the arrival of Spring Festival on Friday, overseas Chinese are turning to online blessings, celebrations and get-togethers this year to observe the most important festival in their culture.

Despite the ravaging COVID-19 pandemic hindering family gatherings, online alternatives to celebrating the Chinese New Year are providing a remedy for homesickness.

For those who observe the Spring Festival, a common practice is to call relatives and friends on the lunar calendar's first day to convey greetings and blessings.

This year, amid the disruption of COVID-19, overseas Chinese have had to resort to digital means to celebrate the holiday.

Twelve associations of Chinese students and scholars in Germany gathered for an online event late last month, during which they exchanged greetings ahead of the Chinese Year of the Ox. The affair included street dances and martial arts.

The Chinese New Year is celebrated wherever the Chinese people are, and they never fail to find a way to celebrate together, said Du Xiaohui, Chinese consul-general in Hamburg, who viewed the holiday as an example of the power of Chinese culture.

World leaders have also taken the opportunity to extend their wishes to the Chinese people.

"This year is the Year of the Ox -- the same sign as the year of my birth," he said, adding "the ox symbolizes energy, strength, and courage. These qualities are what the world needs now."

Japanese Prime Minister Yoshihide Suga has also sent his congratulations to overseas Chinese in Japan via an open letter, saying he would like to express his gratitude to all Chinese friends and wish them good luck and prosperity in the new year.

"My wife and I would like to join the celebrations with all of you on this occasion," said Cambodian Prime Minister Samdech Techo Hun Sen on his official Facebook page, with the words "Gong Xi Fa Cai 2021" (Chinese spelling for 'wishing you prosperity') appearing in the post.

The pandemic has forced a rapid shift to life online while breaking through geographical boundaries, providing people worldwide an opportunity to learn more about Chinese culture and the Spring Festival.

On Saturday, vibrant celebrations -- including virtual performances, interactive activities and artist-led workshops -- were streamed by the Smithsonian American Art Museum and Renwick Gallery based in Washington, D.C., in partnership with the Chinese Embassy in the United States.

Normally held in person at the museum's courtyard, the event was moved online this year, but the audience "has been very responsive, very excited to see this program," Gloria Kenyon, senior public programs coordinator for the museum, told Xinhua in an interview.

The program started with a paper cut animation presented by the Cultural Office of the Chinese Embassy. "Folks can ask questions, and we respond to them (on Zoom) in real time, and we encourage them to bring their scissors, grab a piece of red paper ... (and) join along with us," Kenyon said.

In Europe, the Chinese New Year was welcomed by a train of online celebrations held by Chinese embassies, cultural centers and Chinese community groups.

The China Cultural Center in Paris is organizing a series of online celebratory events through to Feb. 26, including virtual exhibitions on Spring Festival traditions and Chinese zodiac designs, as well as an acrobatics performance on ice. An estimated 800,000 people in France are expected to follow the celebratory events broadcasted on various social media platforms.

In Sweden, the China Cultural Center in Stockholm is hosting a series of online activities with the Zhejiang Provincial Department of Culture and Tourism over the next two weeks, presenting a variety of exhibitions, performances and interactive experiences.

As is typical for this festive occasion, concerts are essential parts of the celebrations. This year many concerts are going online for the Spring Festival, such as top orchestras in the United States, including the San Francisco Symphony, New York Philharmonic and Philadelphia Orchestra.

On Thursday, the Chinese Embassy in the United States also hosted an uplifting virtual Lunar New Year reception and concert.

"In the Chinese culture, the Ox symbolizes stamina, energy and dedication," said Chinese Ambassador to the United States Cui Tiankai at the 2021 Chinese New Year Online Reception and Symphony Concert streamed online, adding that "we will show the spirit of the Ox and work together for a better shared future, for the Chinese and American people and people of the whole world."

Likewise, opera has shifted online. In Malta, the opera Turandot was presented both online and on Maltese TV.

Showcasing opera on this special occasion illustrated the deep bond between China and Malta, said Yang Xiaolong, director of the China Cultural Center in Malta.

The center, in cooperation with the Confucius Institute of the University of Malta, also hosted an online "Happy Chinese New Year" event on Tuesday, which featured martial arts, singing and dancing, trivia and other interactive activities.