Just say 'Shazam!' and the movie fans start lining up 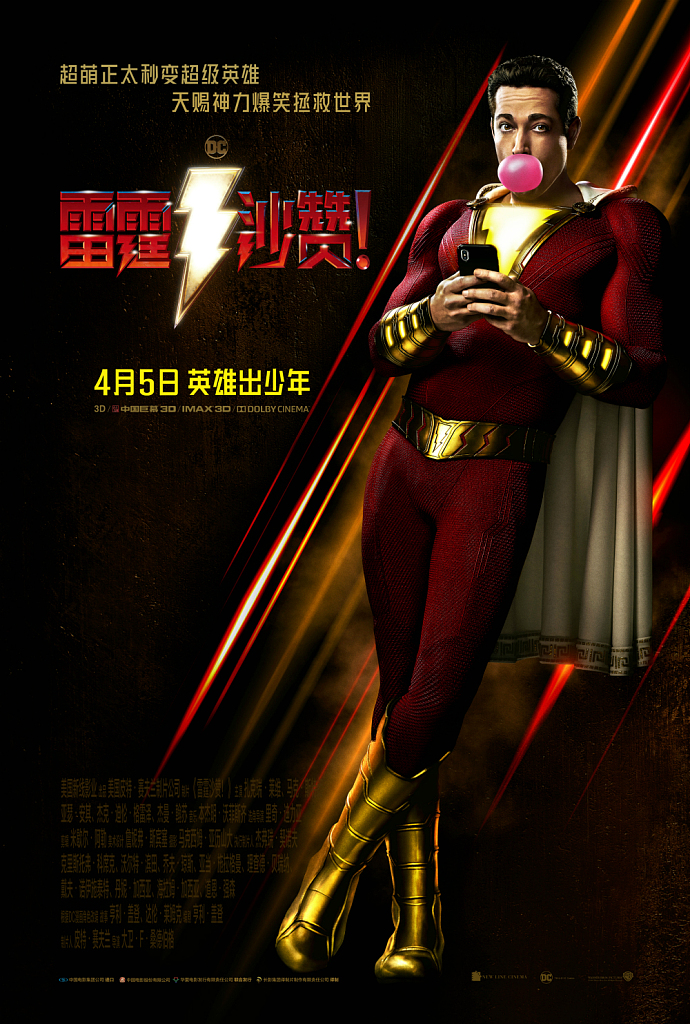 The family-friendly flick stars young Asher Angel as Billy Baston, an unhappy foster kid who is transformed into a muscular, wise-cracking adult superhero (Zachary Levi) when anyone pronounces the secret word. Both the film's reviews and audience responses have been strongly positive, according to Hollywood Reporter.

Its domestic take for the three-day weekend was not a bad return on the $80 million Warner and New Line spent to make it -- particularly considering overseas ticket sales of $102 million so far.

Another new release, horror film "Pet Sematary" -- a remake of the 1989 film based on the Stephen King book -- had a solid $24.5 million in ticket sales, nearly $4 million more than Paramount spent to produce it, Variety reported.

Jason Clarke, Amy Seimetz and John Lithgow star in the tale of a creepy burial ground deep in the Maine woods near a family's new home.

In third spot was last weekend's box office leader, Disney's "Dumbo," at $18.2 million, down 60 percent from its opening. The Tim Burton remake of the original 1941 film tells the story of a small elephant with huge ears and a powerful desire to be reunited with his mama.

Fourth place, at $13.8 million, went to Universal's "Us" from writer/director Jordan Peele. It stars Lupita Nyong'o and Winston Duke as a couple frighteningly confronted by their own doubles.

How to Train Your Dragon: The Hidden World ($2 million)