South Korean K-pop singer-songwriter Jung Joon-young was convicted Friday of gang rape, as well as secretly filming and distributing illicit sex videos of his partners, and jailed for six years. 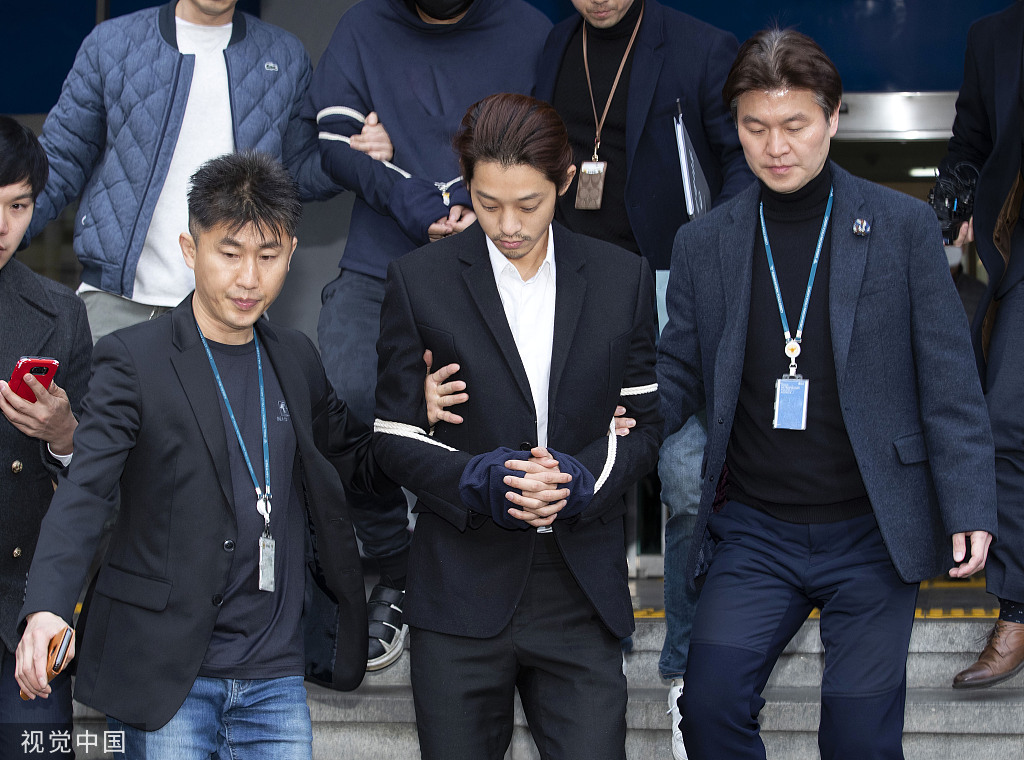 Separately, 30-year-old Jung was also convicted of filming himself having sex with other women without their knowledge and sharing the footage 11 times without their consent.

Jung distributed his videos in mobile chatrooms with recipients including fellow K-pop star Seungri of BIGBANG, who has been accused of illegal gambling in connection with a sex and drugs scandal.

"Jung and Choi took part in gang rape of victims who were intoxicated and unable to resist," the verdict said, rejecting the defendants' claim the sex was consensual.

"It is hard to fathom the extent of suffering the victims must have gone through."

The defendants had perceived the victims only as "sexual objects" to be exploited, it added, and "a heavy punishment is inevitable given the gravity of offences".

Both men broke down in tears when the sentences were announced.

Jung rose to fame in 2014 when he came third in the audition show "Super Star K" and had a number of solo hits before the scandal emerged in March, when he announced his retirement.

Known as "molka", spycam videos are largely made by men secretly filming women in schools, toilets and elsewhere, although the term can also be applied to clandestinely-shot footage of consensual sex.

In the conservative South, women who appear in such videos will feel deep shame despite being the victims and face the threat of ostracism and social isolation.

Around 5,500 people were arrested for molka offences last year, 97 percent of them men, according to police data.