Kenneth Fok: eSports can bring the Olympics to new era 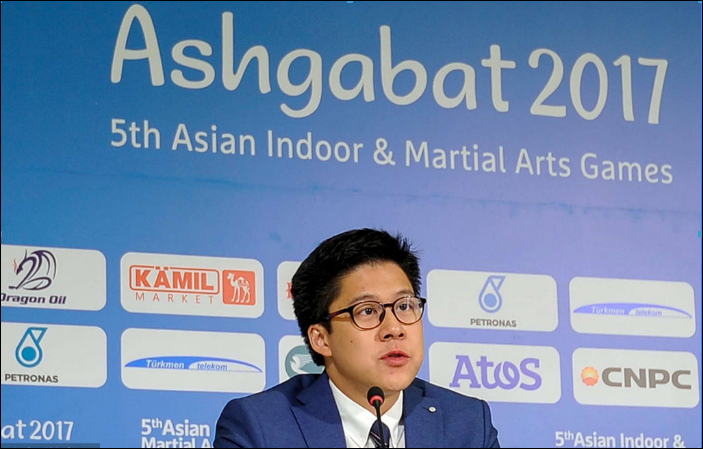 Kenneth Fok, President of the Asian Electronic Sport Federation, spoke at a press conference on Wednesday during which he commented on the eSports demonstration event in Jakarta, and looked ahead to it being included in the Olympics.

Esports is taking a huge step at the 2018 Asian Games, as six titles were included as demonstration events for the first time in the history of the multi-sport event. Kenneth Fok, president of the only eSports Federation recognized by the Olympic Council of Asia, spoke confidently about it being a medal sport at the 2022 Asian Games in Hangzhou.

"I think we need to make sure that every party is on the same page, from my conversation with the OCA, the OCA president is very supportive to our sports. And he is very hopeful that our sports could be added as a medal sports in Hangzhou." Kenneth Fok said.

At present, eSports does not have an International Olympic Committee recognized International Federation, so it is not in a position to apply for Olympic inclusion. But the Hong Kong official thinks the digital sport can contribute to the Olympic movement by bringing a younger demographic.

As eSports continues to develop, the growing popularity has not tempered people's doubts about it being a proper sport, as management and rules still need to be polished, including rules about E-doping

"The Olympic movement, and every individual sport, they are meeting and talking about how to come up with motives of play to attract younger demographics. And we think we are well-positioned in this field, to help the Olympic movement come into the new era," said Kenneth Fok, showing his confidence.

Last month, an eSports forum was jointly hosted by the IOC and Global Association of International Sports Federations in Lausanne, where IOC President Thomas Bach revealed the topic will also be on the agenda at December's Olympic Summit.