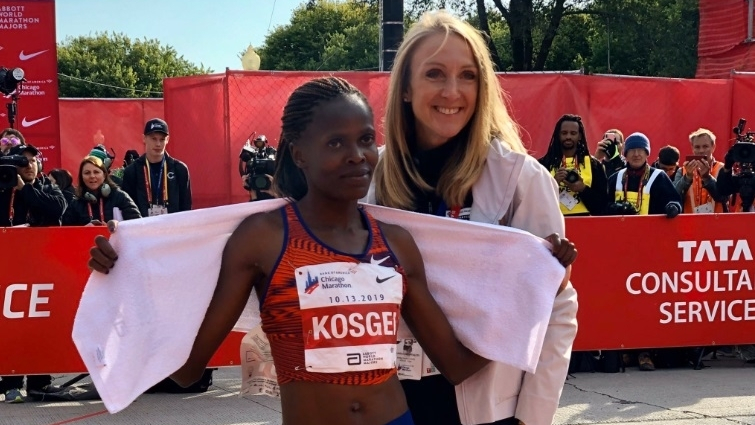 Kenya’s Brigid Kosgei smashed the women's marathon world record after winning the 2019 women's Chicago Marathon on Sunday in a time of 2:14:04.

Britain's Paula Radcliffe held the world record for the last 16 years after she ran in a time of 2:15:25 at the London Marathon in 2003. The new record is 71 seconds faster than Radcliffe's time.

Kosgei's victory also saw her defend her title which she won in a time of 2:18:35.

The Kenyan finished ahead of Ethiopian duo Ababel Yeshaneh and Gelete Burka who came second and third respectively in times of 2:20:51 and 2:20:55.

25-year-old Kosgei, the reigning London Marathon champion, covered the first 5km in an astonishing 15:28. She would then cross the halfway mark in a time of 1:06:59 meaning she would have finished in 2:14:00, well inside Radcliffe’s record.

Kosgei's achievement comes a day after her compatriot Eliud Kipchoge became the first athlete to run a marathon in less than two hours after he completed the INEOS 1:59 Challenge in a time of 1:59:40 in Vienna, Austria.