Kenya to promote conservation of whales amid human induced threats 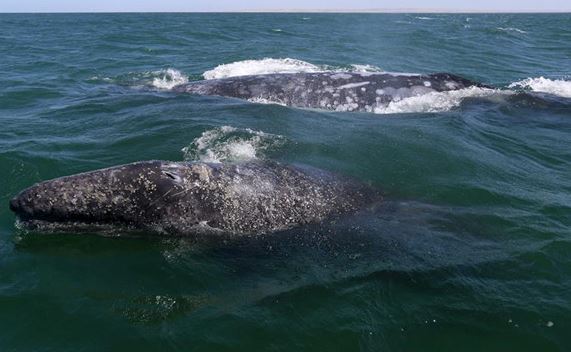 NAIROBI, May 10 (Xinhua) -- Kenya will strengthen protection of whales and other giant sea mammals amid threats linked to pollution, illegal hunting and climatic shocks, an official said on Friday.

Mwangi Kiunjuri, cabinet secretary in the Ministry of Agriculture, Livestock, Fisheries and Irrigation, said that enhanced protection of whales is in line with the government's goal of revitalizing growth of the blue economy.

"The government's commitment to conservation of whales is anchored on the goal of establishing a vibrant blue economy to boost food security and livelihoods of coastal communities," said Kiunjuri.

He spoke at the International Whaling Commission (IWC) Scientific Committee workshop in Nairobi to review implementation status of national, regional and global programs aimed at strengthening conservation of the iconic sea mammals.

"We have taken a firm stand to ensure whales living in our large water bodies are protected from poachers. The government has appealed to the shipping industry to be proactive in protecting whales from pollution arising from oil spillage," said Kiunjuri.

He said the establishment of Kenya Coast Guard has deterred illegal hunting of sea mammals through enhanced surveillance of large water bodies.

"Marine mammals are protected under the fisheries management and development Act of 2016 which spell deterrent measures to anyone who pollute their habitat or harvest them illegally for commercial gain," said Kiunjuri.

Kenya has domesticated international conventions to promote sustainable conservation of whales in the Indian Ocean coastline that also doubles up as a strategic shipping route.

Kiunjuri said that action on plastic pollution in the Indian Ocean combined with regulated hunting and research is key to save the remaining population of whales in the expansive Kenyan coastline.