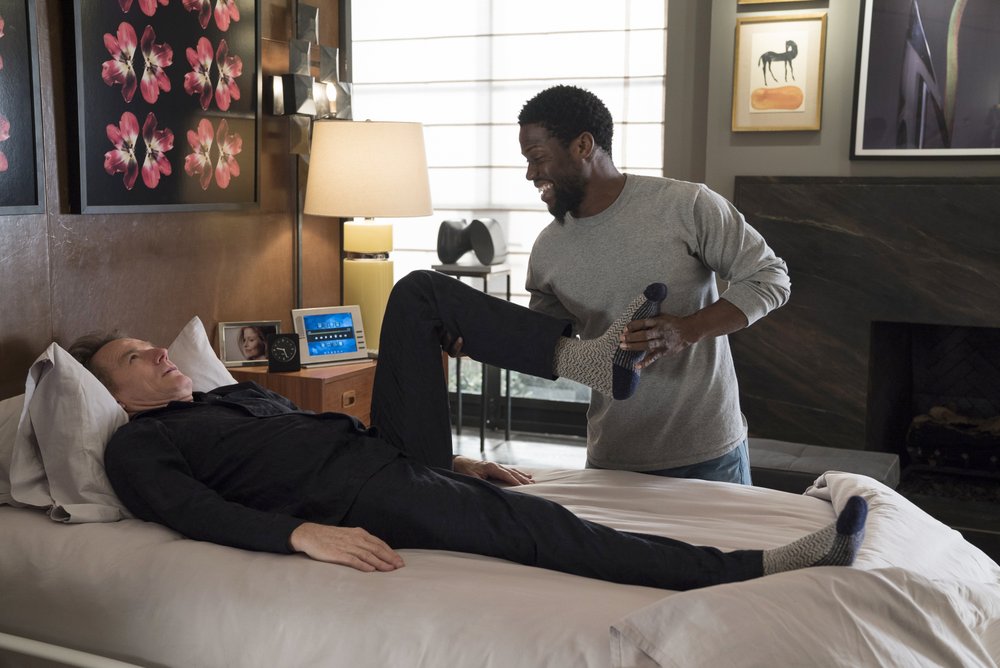 Bryan Cranston and Kevin Hart (R) in a scene from "The Upstart." (Photo: AP)

Kevin Hart isn’t hosting the Oscars, but he’s got a number one movie.

Hart’s “The Upside” surpassed expectations to open with $19.6 million in ticket sales according to studio estimates Sunday.

The strong performance of “The Upside” pushed “Aquaman” to second after the aquatic superhero’s three-week reign on top of the North American box office.

Opening in third place was the canine adventure “A Dog’s Way Home” with $11.3 million.

Early January is often a dumping ground in movie theaters and the weekend featured a number of duds.