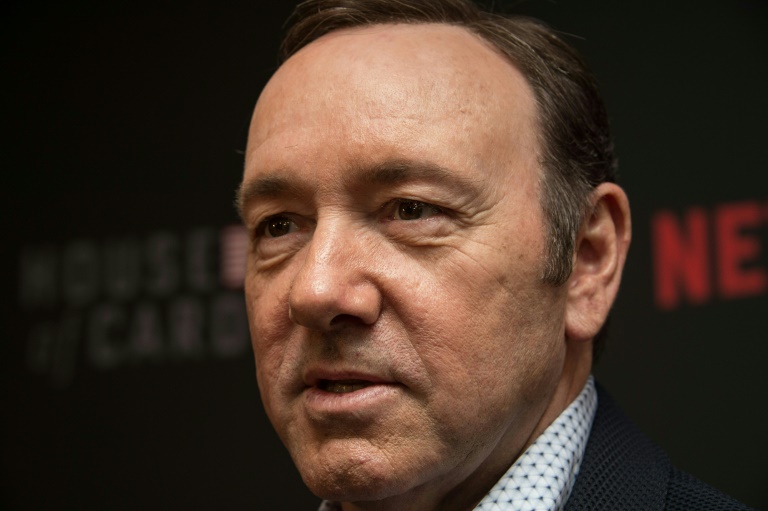 Kevin Spacey's career has nosedived following allegations of sexual harassment and assault by more than a dozen men in the United States and Britain. (Photo: AFP)

US actor Kevin Spacey's latest movie has flopped big-time at the box office, taking in a mere $618 as it opened to dire reviews in a handful of theaters across the country.

"Billionaire Boys Club," a crime drama based on a true story, in which Spacey co-stars alongside Ansel Elgort ("Baby Driver") and Taron Egerton ("Kingsman,") earned a measly $126 on Friday according to industry magazine The Hollywood Reporter.

The movie, shot in 2015 and first released on video on demand in July, didn't fare much better for the rest of the weekend, earning $618 from a total of 11 theaters.

"If going by the average ticket price to date of $9.27, that means about six people showed up in each cinema on average," the magazine said. "And it's by far the worst showing Spacey's career."

The disgraced two-time Oscar winner has seen his career take a nosedive following allegations of sexual harassment and assault by more than a dozen men in the United States and Britain.

He was fired from the hit Netflix series "House of Cards" and was booted from a film -- "All the Money in the World" -- and replaced by Christopher Plummer just weeks before its release last December.

Earlier this summer, Vertical Entertainment, the distributor of "Billionaire Boys Club" said it planned to go ahead with the release of the movie, defending it as "neither an easy nor insensitive decision."

"We hope these distressing allegations pertaining to one person's behavior -- that were not publicly known when the film was made almost two-and-a-half years ago and from someone who has a small, supporting role in Billionaire Boys Club -- does not tarnish the release of the film," Vertical said.

"In the end, we hope audiences make up their own minds as to the reprehensible allegations of one person's past, but not at the expense of the entire cast and crew present on this film."

The film is based on the real life Billionaire Boys Club that was active in California in the 1980s and ran a Ponzi scheme linked to two murders.