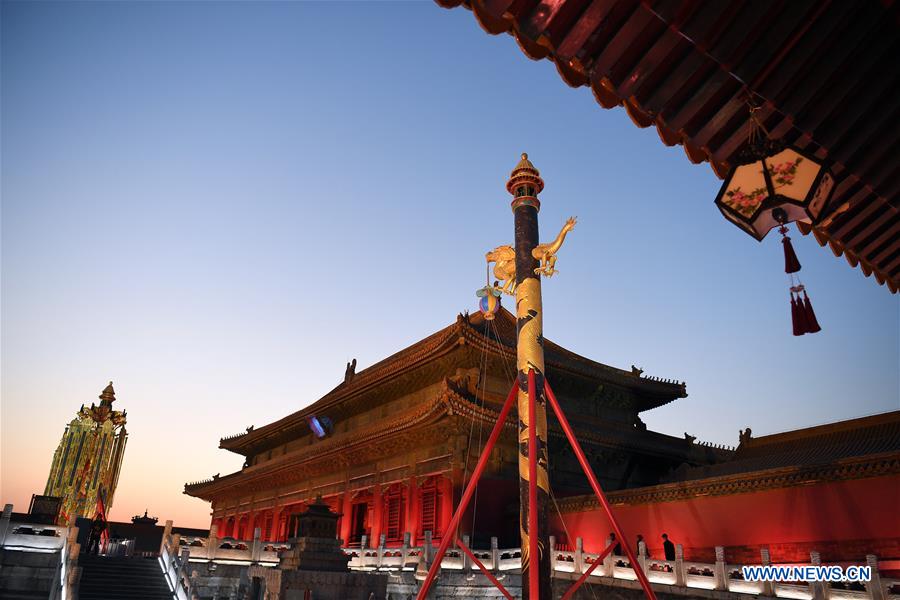 Photo taken on April 2, 2019 shows the accurate copies of a Heavenly Lantern (tian deng) (C), a Longevity Lantern (wanshou deng) (L) and a royal lantern installed before the Qianqing Gong, or the Palace of Heavenly Purity, in the Palace Museum in Beijing, capital of China. (File photo: Xinhua)

In addition, a series of research publications will be unveiled, with a series of film and television works produced, according to Wang.

The year 2020 also marks the 95th anniversary of the establishment of the Palace Museum.

Topics of the exhibitions cover ancient architecture, calligraphy, paintings as well and Chinese and foreign civilizations. Among them, an exhibition will introduce the changes that have taken place in the Forbidden City based on more than 20 key years over the past 600 years.

Among the public service activities, 600 high school students from across the Taiwan Strait, Hong Kong and Macao will be invited to visit the museum for exchanges.

Commemorative tickets, coins and stamps will also be issued.