CULTURE Killers of star Kazakh skater get 18 years in prison

Killers of star Kazakh skater get 18 years in prison 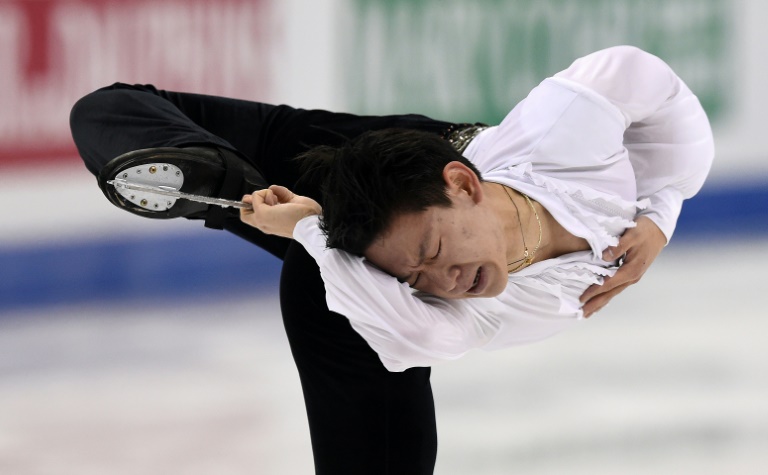 Kazakhstan sentenced two men accused of killing celebrated Olympic figure skater Denis Ten to 18 years in a penal colony Thursday but his family was unhappy, claiming his murder was ordered and there were "other figures involved."

Last July's murder of 25-year-old Ten, the first Kazakh skater to win an Olympic medal, caused an outpouring of grief in the former Soviet country where he was feted as a national hero.

On Thursday, a court in Kazakhstan's largest city Almaty found Arman Kudaibergenov and Nurali Kiyasov guilty of killing the ethnic Korean skater while trying to steal mirrors from his car.

A woman was also handed a four-year sentence for failing to provide information about the crime to the authorities.

Zhanar Tolybayeva knew about the crime, according to the prosecution, but failed to report it.

The prosecution sought 20-year sentences for the two men, who are both in their 20s. They have not admitted intentional murder.

According to the prosecutors, Ten, who won bronze at the Sochi Winter Olympics in 2014, was twice stabbed in the femoral artery and died in hospital later.

'Something was not right'

The family of the slain skater is however unhappy with the investigation and claims the murder was pre-arranged, their lawyer Nurlan Ustemirov said.

Ten's family believes the skater was "lured" to a part of central Almaty and killed in broad daylight, Ustemirov told AFP.

"At least five people knew that he would be there.

"(Ten's mother) felt something was not right. There were contradictions. When I took the case I began to check the 35 volumes (of the case materials). I found a lot of things that proved that (the murder) was an order," Ustemirov said.

He declined to speculate over who might have planned the killing.

Ustemirov said he had appealed to the court to return the case to the prosecutor's office for further investigation.

"We believed that there were other figures involved in the murder. But we were refused," he said.

'Punch in the face'

Ten's murder stirred anger towards police accused of protecting petty criminals in Kazakhstan and led to unsuccessful calls for the interior minister's resignation.

Last year an independent theatre in Almaty put on a production called "Punch in the Face" that was based on Facebook posts and media reports written in the immediate aftermath of Ten's death, many of which were critical of the police.

Actors playing police were shown eating noodles on the sidelines as actors spotlighted on the stage read out the Facebook posts.

Galina Pyanova, creative director of the ArtiShock theatre that staged the play, told AFP the theatre had decided on the production after several actors -- acquaintances of Ten -- stated their desire to leave the country after the killing.

Following the outcry, Interior Minister Kalmukhanbet Kasymov awarded Ten a posthumous medal "for exemplary performance of military and official duties" in connection with the figure skater's military service that he completed in 2012.

He won silver at the World Figure Skating Championships in 2013 and bronze in 2015. He also won the 2015 Four Continents title in Seoul.

"I am ethnically Korean and I am virtually skating in my home country," he said at the time.

At Sochi in 2014, he won bronze in the men's free skating final.