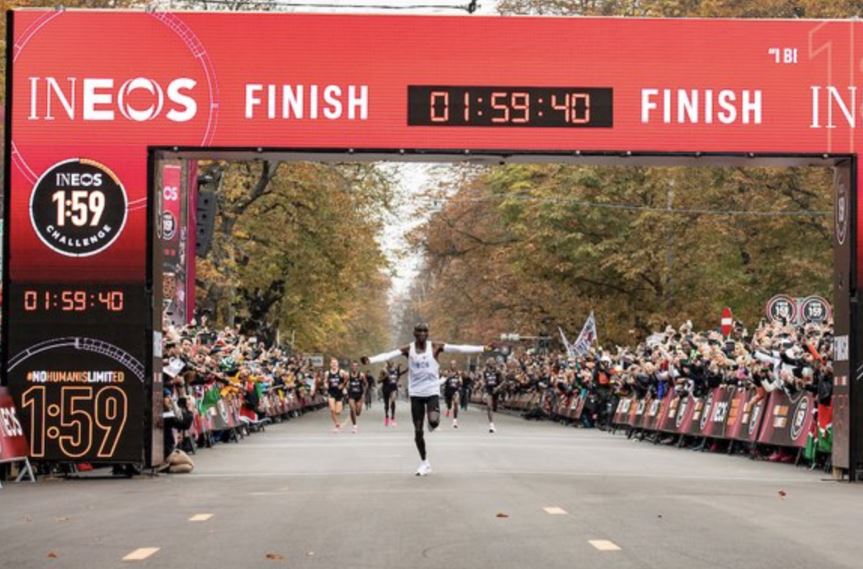 Kenya’s Eliud Kipchoge crosses the finish line at the Prater Park in Vienna, Austria, on Saturday October 12, 2019 to complete the INEOS 1:59 Challenge and become the first athlete to run a marathon in under two hours. (Photo: CGTN)

Kipchoge became the first athlete to run a 42.2-kilometre marathon in less than two hours after clocking 1:59:40 to complete the INEOS 1:59 Challenge at Prater Park in Vienna, Austria, in October. Kipchoge also secured a fourth London Marathon title in April.

Kolisi captained South Africa on the way to the Springboks’ victories at the Rugby Championship and the Rugby World Cup in Japan. Kolisi also made history as the first black South African captain to lift the Webb Ellis Cup.

Rapinoe captained the US women’s soccer team to a second straight World Cup victory in France. Rapinoe also won the tournament’s Golden Ball and the Golden Boot. In September, she won the FIFA Player of the Year award.

Woods ended an 11-year wait in April this year to claim his 15th major with a fifth Masters title at Augusta in what is heralded as one of the greatest comebacks in sporting history. Woods also equalled the PGA Tour record of 82 tournament wins with victory at the Zozo Championship in Japan.