Thirty-four secondary school students from across New Zealand showed off their Chinese proficiency in the annual Chinese Bridge competition held on Aug 8. 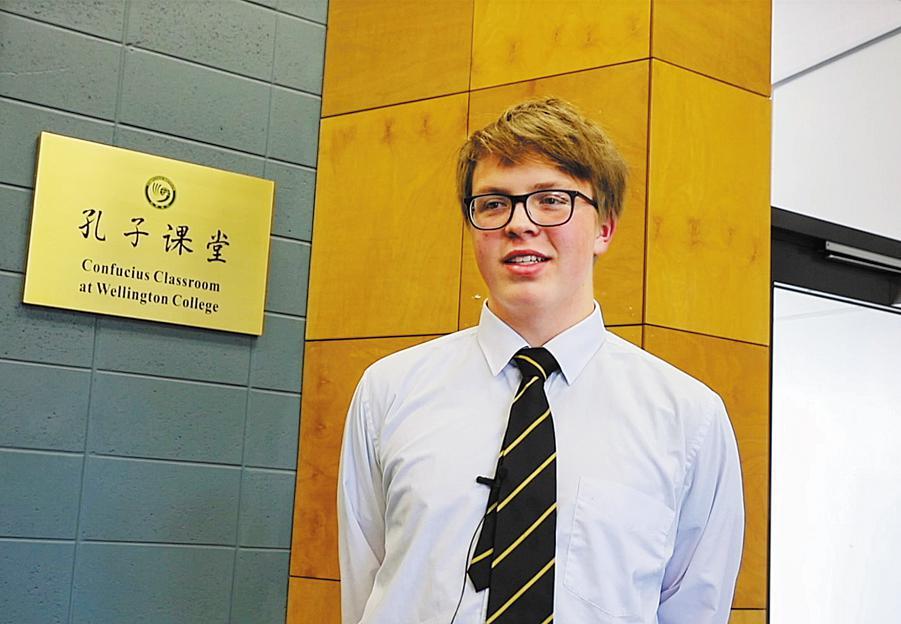 Hosted by Confucius Institute at the University of Canterbury, the theme of the contest was "fly high with Chinese".

Dong Zhixue, education counselor at the Chinese embassy in New Zealand, said at the opening ceremony that the Chinese teaching program this year has been facing a lot of difficulties due to border closures that prevent the arrival of more Chinese language teachers. However, students have still made lots of progress, as indicated by the number and quality of contestants in this year's competition.

Chinese Consul General Wang Zhijian says the Chinese proficiency level of the students has been increasing year by year.

"Learning Chinese well will not only open doors to China's long and rich history and culture, as well as help make friends with 1.4 billion Chinese people, but will also enable you to become successful in your career development," Wang says, adding that China is the biggest trade partner of more than 120 countries and regions, including New Zealand.

"There will definitely be big opportunities in the future for people who have the skills to build bridges between New Zealand and China," Turner says.