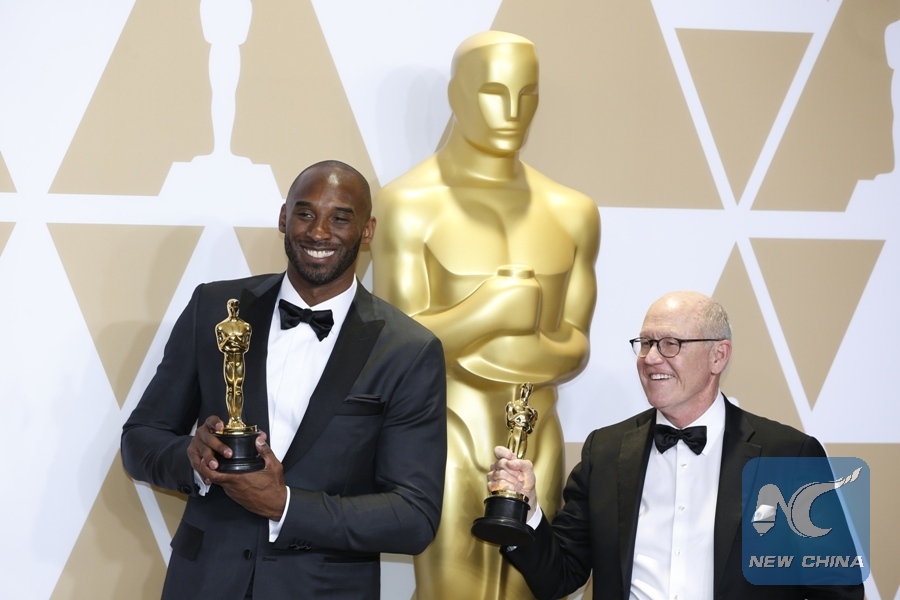 Kobe Bryant, the retired American basketball superstar, would not be admitted to the Academy of Motions Picture and Sciences despite winning an Oscar this year for his short film "Dear Basketball."

According to a report of local CBS news channel on Thursday, the 54-member Governors Committee of the Academy made a rare decision to rescind the membership invitation to Kobe, citing a reason that Bryant needed "some evidence of a larger career" in film animation before being approved to join.

Under the academy's procedures, Oscar winners and nominees are automatically considered for the membership, but the final decision must be done by the board of governors.

"Dear Basketball", a six-minute film based on a letter that Bryant wrote in November 2015 announcing his retirement, was directed by Disney animator Glen Keane and scored by legendary composer John Williams.

The CBS reported that Kobe's nomination and win of Oscar received controversy due to the rape charges against him 15 years ago.

In July 2003, Bryant was arrested on charges of sexual assault against a 19-year-old woman at a hotel in Edwards of Colorado. The criminal charges were eventually dropped when the victim refused to testify against him while a civil lawsuit was settled out of court for an undisclosed amount of money.

In the wake of Hollywood mogul Harvey Weinstein's scandal exposed last year, the academy faced pressure from outside to punish the members who involve in charges of sexual misconduct or harassment. American TV star Bill Cosby and director Roman Polanski were revoked their memberships last month.