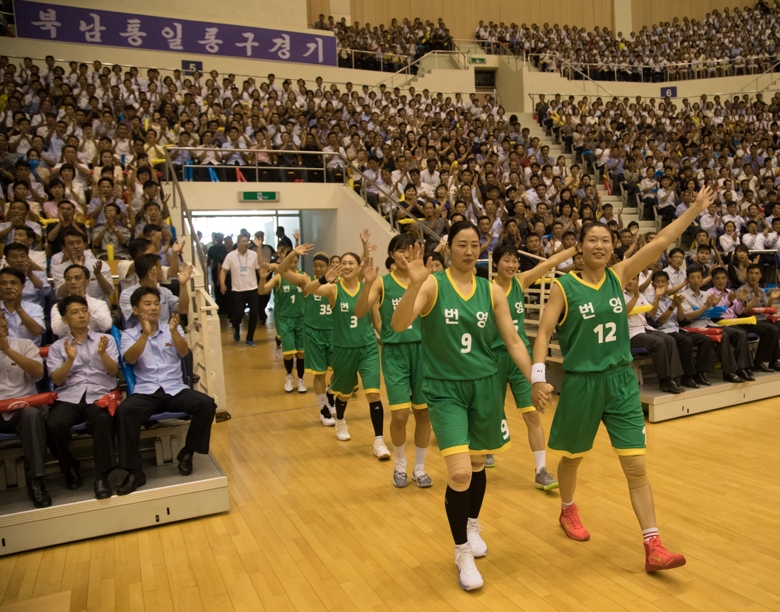 Tens of thousands of spectators at Ryugyong Chung Ju-yung Gymnasium in Pyongyang burst into cheers as they watched basketball players from North and South Korea walking hand in hand into the gym.

The inter-Korea friendly basketball match kicked off on Wednesday afternoon. It started with a women’s mixed game. The two-day event is the first in 15 years between North and South Korea.

The players from the two Koreas combined to form two teams, Team Peace and Team Prosperity.

The first game was neck and neck, but the Prosperity managed to win 103-102. The next game, between the combined men’s teams, was tied at 102-102. The South and North's teams will go head-to-head on Thursday.

In order to welcome the players from South Korea, the famous song “Nice to Meet You” resounded through the gym, according to the South Korean press pool in Pyongyang.

Placards were also seen inside almost everywhere, some of which read, "Welcome," and, "We are passionately rooting for players coming for the friendly match."

This is the fourth time that the two Koreas have held friendly basketball matches. The last such games were played in October 2003. 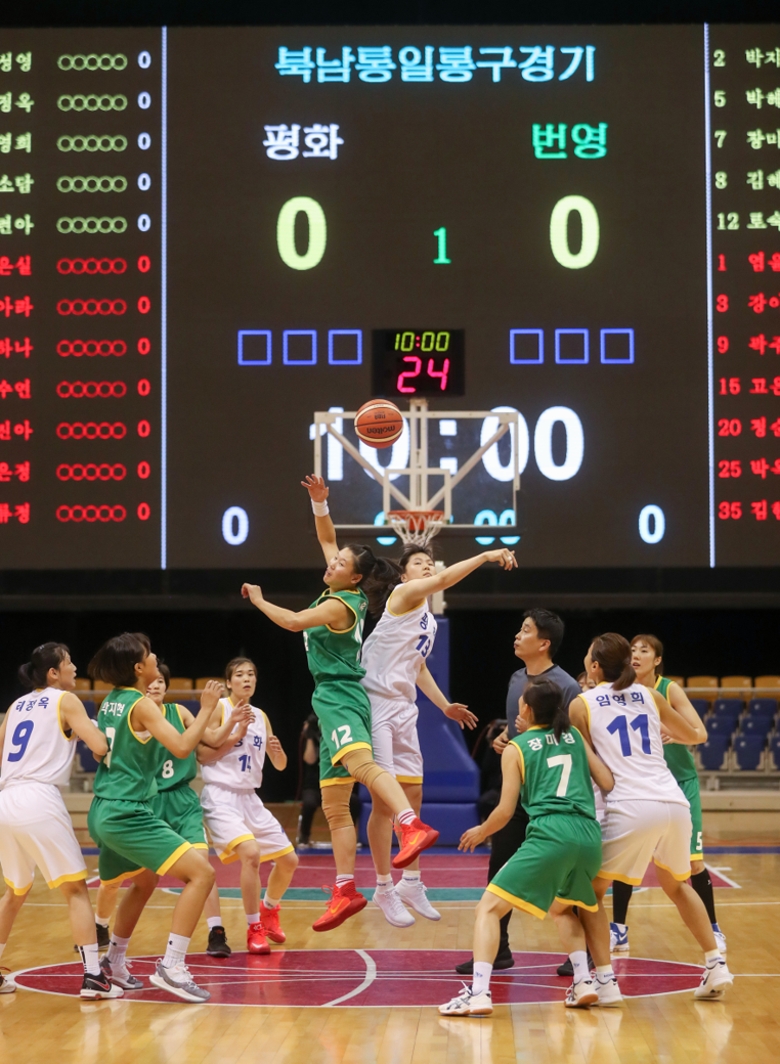 The South Korean delegation, comprised of male and female basketball players, coaches, staff members and journalists, landed in Pyongyang on Tuesday after flying over an hour from Seongnam, south of Seoul, on two military planes. The delegation is to return home on Friday.

The matches were arranged after high-level officials from the two Koreas met in June to discuss sports exchanges in line with the spirit of the April 27 summit, where their leaders promised to expand cross-border exchanges and contacts.

This is Hur’s first visit to the stadium since 2003, when the two Koreas last held friendly games. “I am back here at the gymnasium after 15 years. Like the first time, I feel tense,” Hur said. "It feels like something new and reminds me of old memories."

Senior officials from both sides spoke highly of the matches, saying they serve as a chance to advance peace on the Korean Peninsula.

Kim Il-guk, the North's sports minister, said that the event was possible due to a "strong aspiration" for reunification demonstrated by the leaders of the two Koreas.

South Korea's Unification Minister Cho Myoung-gyon said that he hopes inter-Korean sports exchanges will further expand and eventually contribute to the reconciliation and unity of the two Koreas. 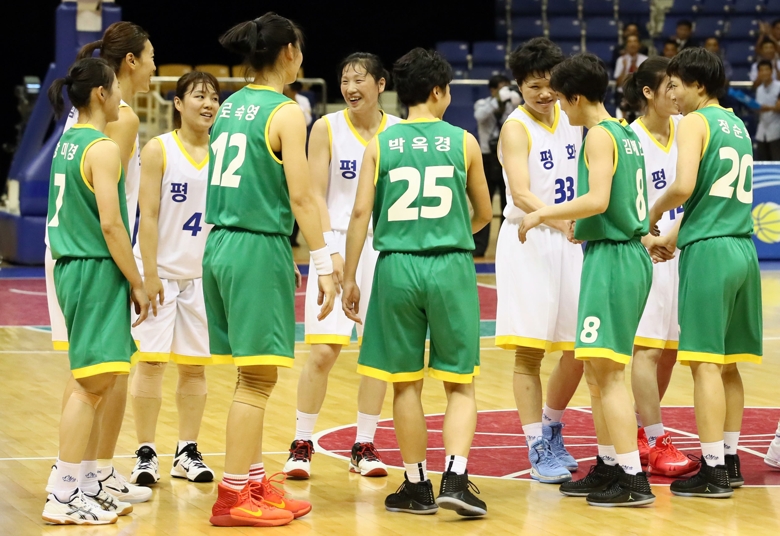 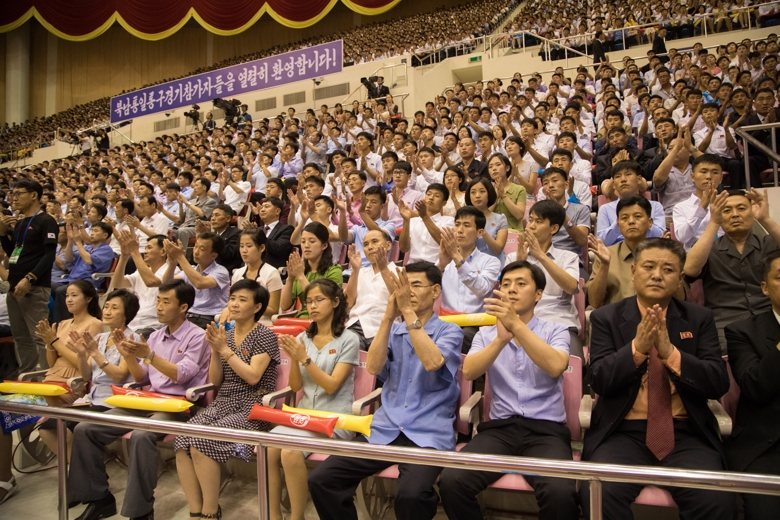