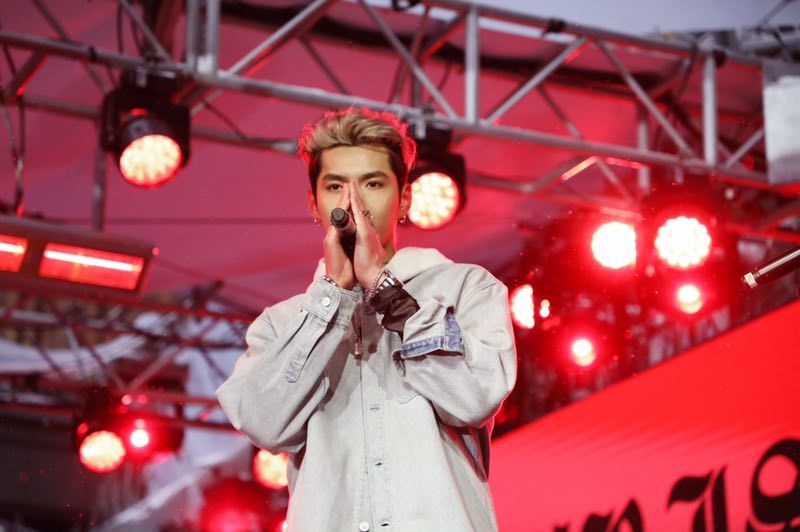 Chinese-Canadian singer and actor Kris Wu performs at the Super Bowl Live Concert held at the VerizonUp Stage on the corner of Nicollet Mall and 8th Street in downtown Minneapolis, Minnesota, Feb 3, 2018. (Photo provided to chinadaily.com.cn)

A woman who said she is named Du Meizhu, has been posting allegations online for weeks, alleging she is one of the victims. The incident has caused waves of public anger against Wu online.

In the statement, Wu denied the allegations and said he didn't respond before because he didn't want to interfere with the progress of the judicial process.

Later, Wu's studio released a statement that said the woman making the claims is lying and they reported the case to the police.

As the matter continues to foment, several brands have cut ties with Wu, and related promotional events also have been canceled.

China Women's News, the flagship newspaper of the All-China Women's Federation, said on Weibo, China's Twitter-like social platform, on Monday that the incident needs to be clarified by the judiciary department to prevent young people's values from being misguided.

"Everyone is equal before the law, there is no exception for stars," it said.

The China Association of Performing Arts released a statement on Monday afternoon, saying legal sanctions or self-discipline punishment needs to be based on facts, not just on online "revelations".

Any entertainer who violates the law will be severely punished by law. If entertainers violate public order and customs and caused a bad impact, the industry would impose due punishment, it said.