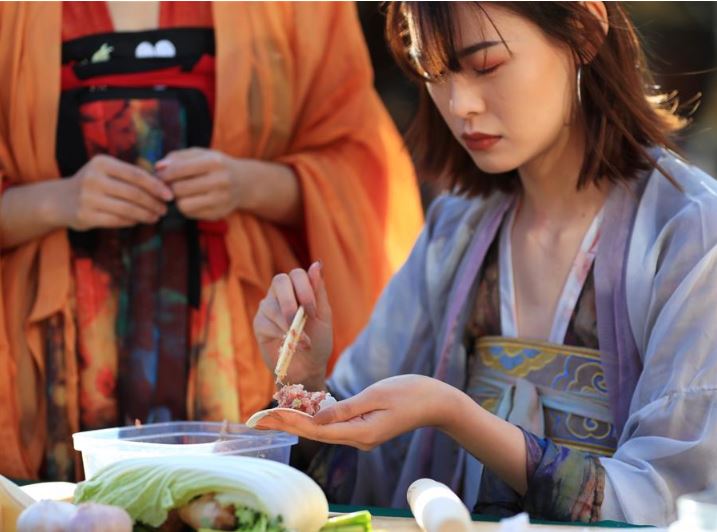 The celebration kicked off with the unveiling of a steel handmade pig statue weighing 400 pounds (181 kg) in honor of this year's zodiac sign, and was followed by a kung fu demonstration, acrobatic performance, a magic show and a traditional lion and dragon dance.

Themed craft activities such as lantern making and calligraphy attracted many locals.

"We are doing a new tradition. Three years in a row, we are celebrating Chinese Lunar New Year because Los Angeles is home to over 1.5 million Asian Americans," said David E. Ryu, council member of District Four of Los Angeles.

"Every year we've seen an increase in Chinese tourists," said Ilysha Buss, director of marketing for the Original Farmers Market. "We expect this year just to be as strong. We love being the melting pot where all kinds of cultures come together."