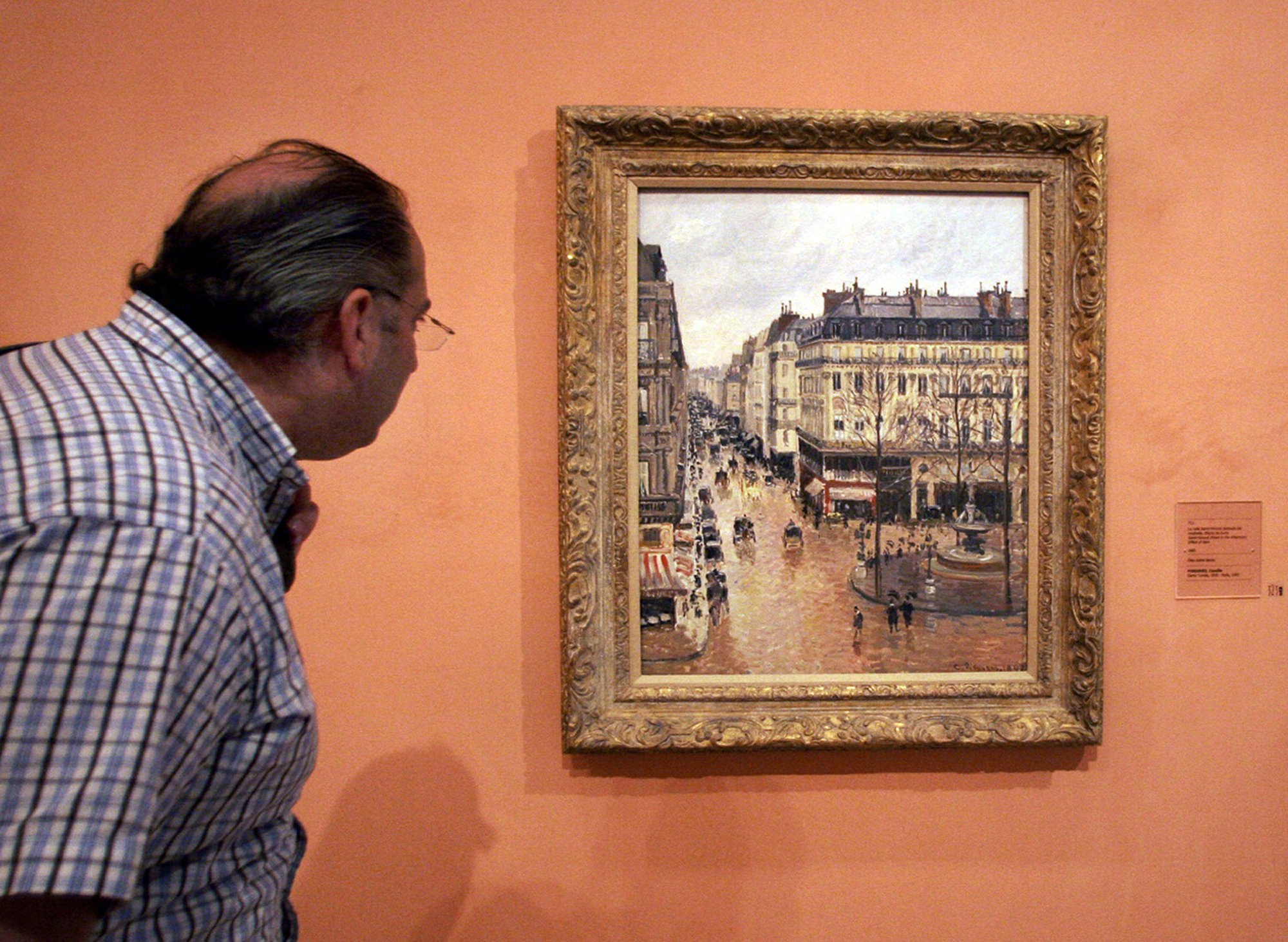 A federal judge in Los Angeles ruled Tuesday that a Spanish museum that acquired a priceless, Nazi-looted painting in 1992 is the work’s rightful owner, and not the survivors of the Jewish woman who surrendered it 80 years ago to escape the Holocaust.

Although US District Judge John F. Walter criticized Baron Hans-Heinrich Thyssen-Bornemisza, the German industrialist whose name now graces the Madrid museum where the painting by Camille Pissarro hangs, for not doing all of the due diligence he could have when he acquired it in 1976, he found no evidence the museum knew it was looted art when it took possession in 1993.

Under Spanish law, he ruled, the painting is legally the museum’s, although he also criticized Spain, calling its decision to keep it “inconsistent” with international agreements that it and other countries have signed “based upon the moral principle that art and cultural property confiscated by the Nazis from Holocaust (Shoah) victims should be returned to them or their heirs.”

The museum’s US attorney, Thaddeus Stauber, said he believes the decision finally puts an end to a bitter legal fight that has pitted the family of Lilly Cassirer against the museum for 20 years.

“I think it puts an end to it because the court conducted, and we conducted, what the appellate court asked us to, which was a full trial on the merits,” he told The Associated Press. “As a lawyer who has been involved in this case for 14 years, I’m pleased that the court did conduct a full trial. We now have a decision on the lawful owner and that should put an end to it.”

Walter, who has seen the case returned to court twice by appeals and conducted the trial Stauber mentioned last December, indicated in his 34-page ruling that another appeal still could be possible. A lawyer for Lilly Cassirer’s great-grandson, David Cassirer of San Diego, didn’t say whether the family plans to appeal.

“We respectfully disagree that the court cannot force the Kingdom of Spain to comply with its moral commitments,” attorney Steve Zack said.

The painting at issue, Pissarro’s “Rue St.-Honore, Apres-Midi, Effet de Pluie,” is a stunning oil-on-canvas work depicting a rainy Paris street scene the artist observed from his window in 1897.

It was purchased directly from Pissarro’s art dealer in 1900 by the father-in-law of Lilly Cassirer, who eventually inherited it and displayed it in her home for years. When she and her family fled the Holocaust in 1939 she traded it for passage out of the country.

For years the family thought it was lost, and the German government paid her $13,000 in reparations in 1958.

Then in 1999 a friend of her grandson, Claude, who had seen photos of the painting, discovered it was in the Thyssen-Bornemisza. It had been hanging there since shortly after a nonprofit foundation funded by Spain bought the baron’s entire collection for $350 million and named the museum for him.

The painting had been sold and resold after Cassirer and her family fled Germany. The baron, a German industrialist who settled later in Spain, bought it from a U.S. dealer for $300,000 in 1976.

The baron never hid the painting, putting it on exhibition often.

“The court finds that there were sufficient suspicious circumstances or ‘red flags’ which should have prompted the baron to conduct additional inquires as to the seller’s title,” the judge said.

Still, despite missing and torn provenance labels, the judge concluded that the baron and the museum foundation did not know the work was looted, and under Spanish law that allows the museum to keep it.