CULTURE Laba Festival: A day of blessing for the Chinese New Year

Laba Festival: A day of blessing for the Chinese New Year 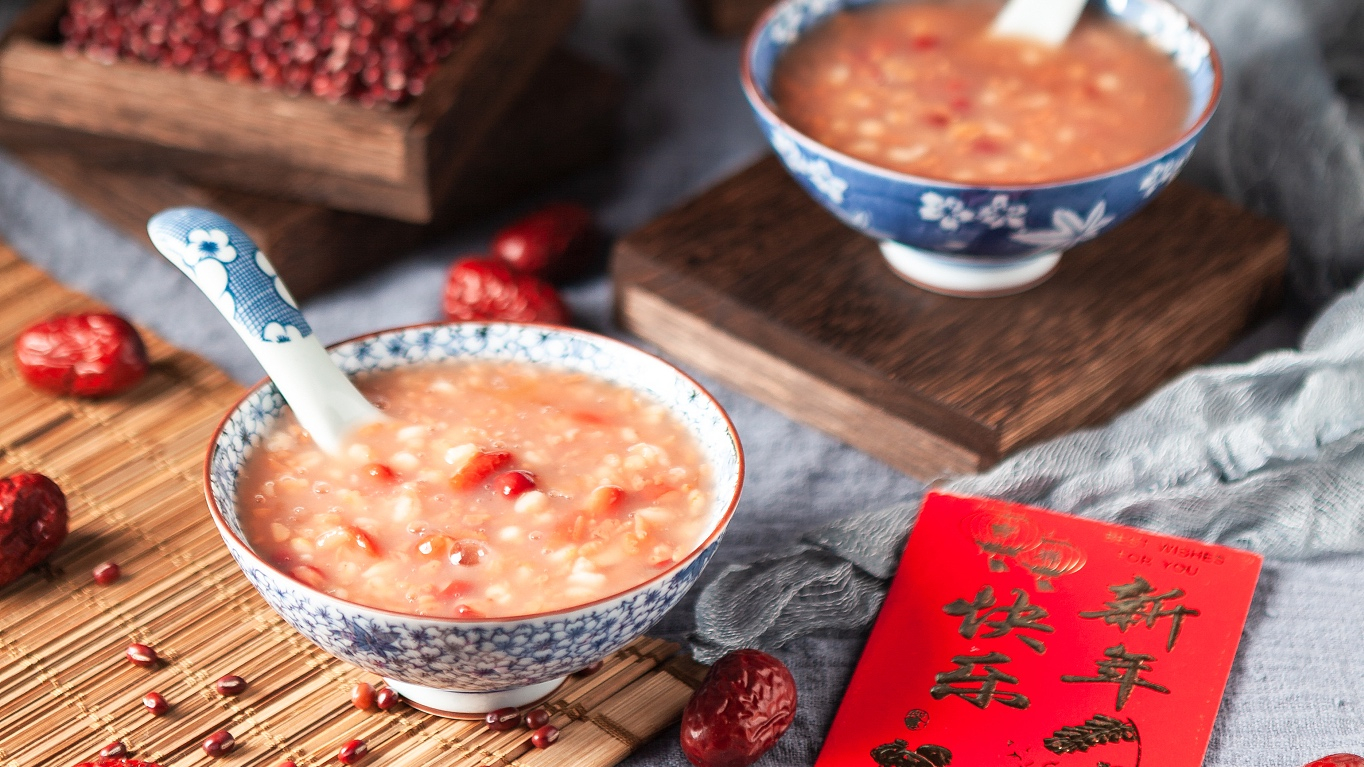 January 13 marks the traditional Laba Festival in China. What are the customs behind this festival, and how did they come about?

What is the Laba Festival?

Laba Festival, also simply called "Laba," comes on the eighth day of the twelfth month of the Chinese lunar year. The festival has this name because the twelfth month is also called "la" month in Chinese while the number eight is pronounced "ba."

Since it's in the last month of the lunar year, the festival implies saying goodbye to the old and embracing the new, and often regarded as a warm-up celebration for the upcoming Spring Festival.

Laba Day is also Bodhi Day in the Buddhist tradition. It's said that Shakyamuni Buddha, the founder of Buddhism, attained enlightenment on this day. Thus, the day is one of the grandest festivals for Buddhists. 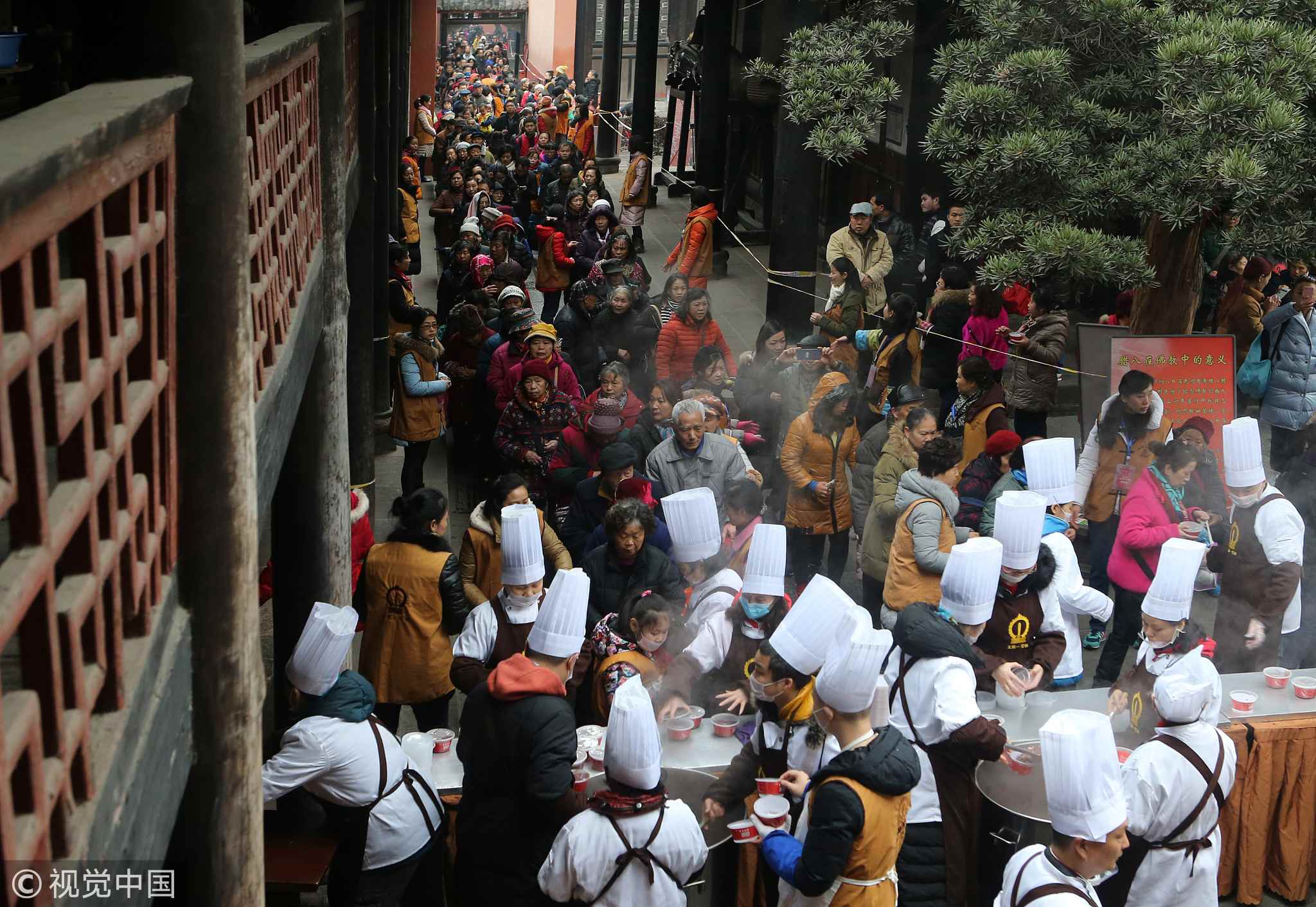 What do we do on this day?

One of the festival's traditions is to offer sacrifice for the ancestors and gods. In ancient times of agrarian societies, this worship was a prayer for good luck and a bountiful harvest.

It was also an important ritual for emperors in those times to hold grand sacrificial fetes in the winter to show their appreciation to nature and their ancestors.

Those ancient activities could be interpreted as a reflection of "Xiao" (filial piety), "Ren" (benevolence and love) and “Yi” (righteousness) in Confucian values.

Nowadays, the rituals tend to be less formal. People offer sacrifice now more to memorialize family members who have passed away. Those who visit temples on this day are not necessarily religious believers, but want to demonstrate their best wishes for the Chinese New Year.

What food do we eat for this fest?

The tradition to have Laba congee on this day dates back more than a thousand years and is still a major part of Laba day in many places. 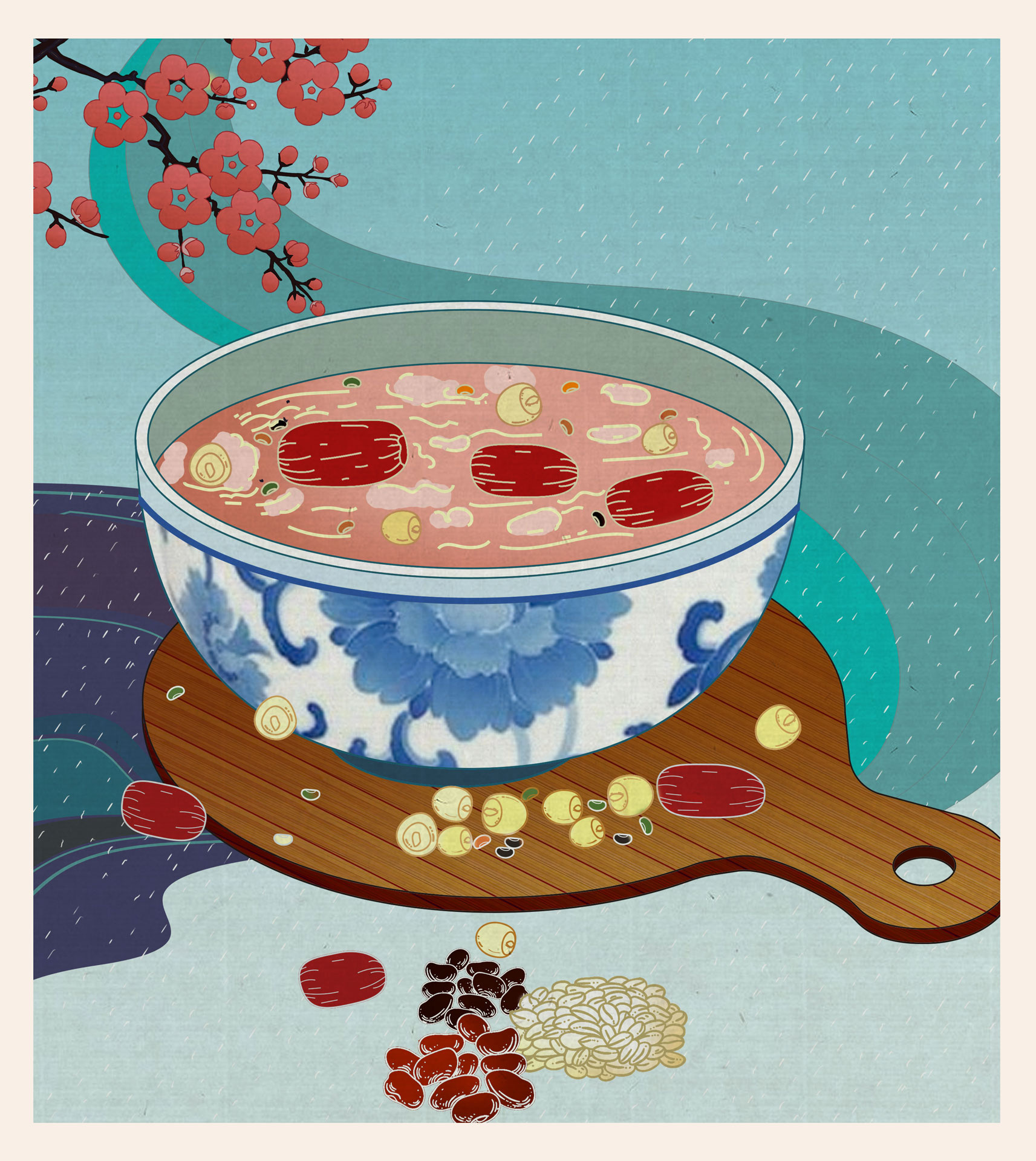 A picture of Laba congee /Graphic design by Li Yueyun

Legend has it that before being enlightened, the Buddha worked hard for many years and was emaciated and weak. Thanks to the milk porridge offered by some shepherdesses, he recovered physical strength and later achieved enlightenment.

Therefore, nowadays, temples adhere to the tradition of offering congee to the public on this day to show appreciation for the kindhearted and to help the poor.

In northern China, it's also popular to make Laba garlic. People usually put peeled garlic cloves into a container and pour vinegar inside before sealing it. During the pickling process, the garlic will turn green. It is a typical side dish to have together with dumplings during the Spring Festival. 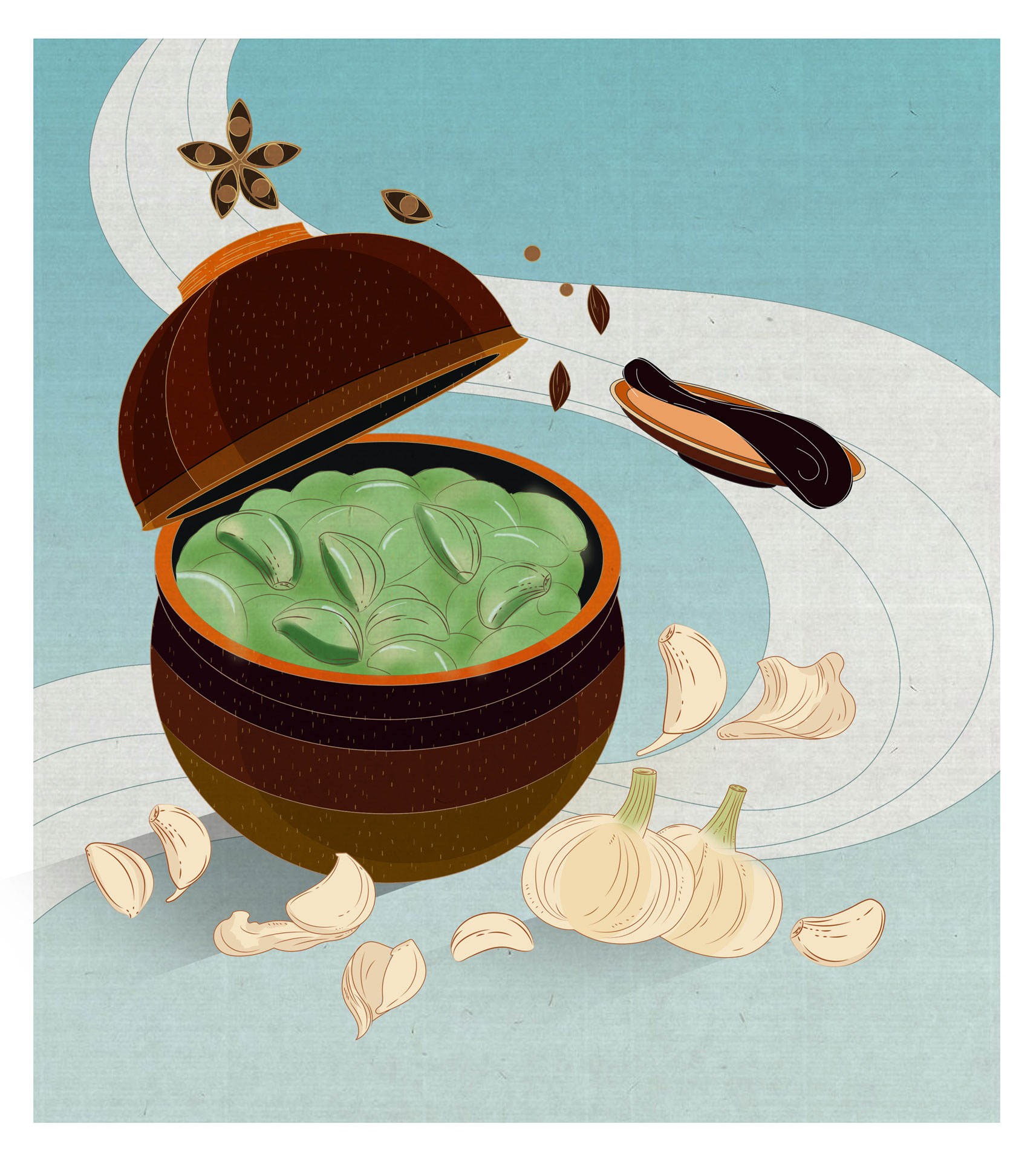 A picture of Laba garlic /Graphic design by Li Yueyun

In northwest China, some residents in Shaanxi Province eat Laba noodles for the festival. People in Qinghai Province and Ningxia Hui Autonomous Region prefer rice made with beans or meat. In places like Anhui in east China, people will eat Laba tofu.

These local customs vary based on geography and climate as they help people to overcome the winter cold and prevent illness.

As an old saying goes, after Laba, it's the (Chinese) New Year.