Labrador retriever most pup-ular US dog breed for 28th year

Labrador retrievers aren't letting go of their hold on US dog lovers, but German shorthaired pointers are tugging on the top ranks of doggy popularity, according to new American Kennel Club data. 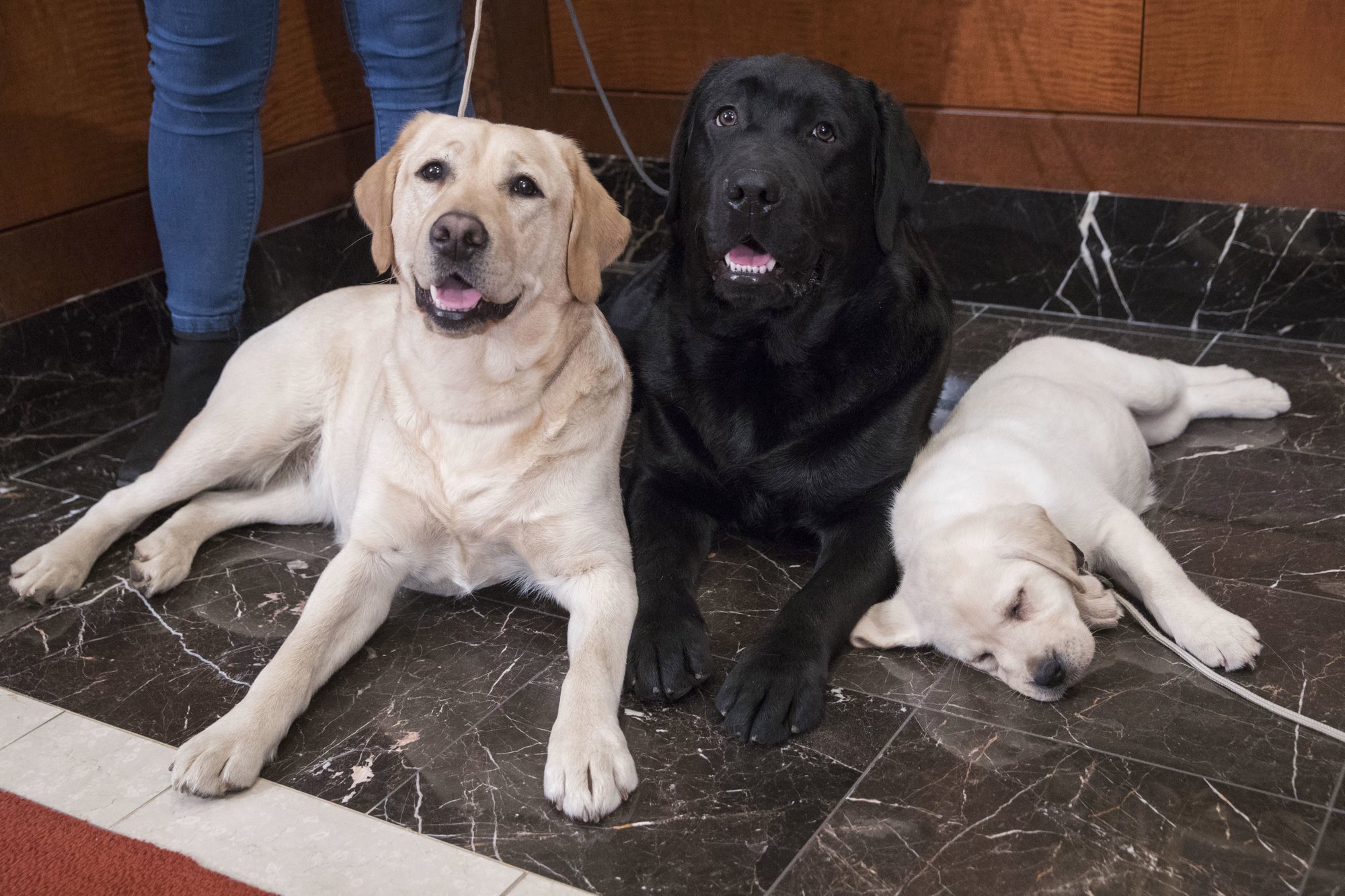 In this March 28, 2018 file photo, Labrador retrievers Soave, 2, left, and Hola, 10-months, pose for photographs as Harbor, 8-weeks, takes a nap during a news conference at the American Kennel Club headquarters in New York. (Photos: AP)

Labs topped the list for the 28th year in a row. Yet there's been plenty of movement over time on the purebred pup-ularity ladder.

Here's a look at the 2018 rankings being released Wednesday. 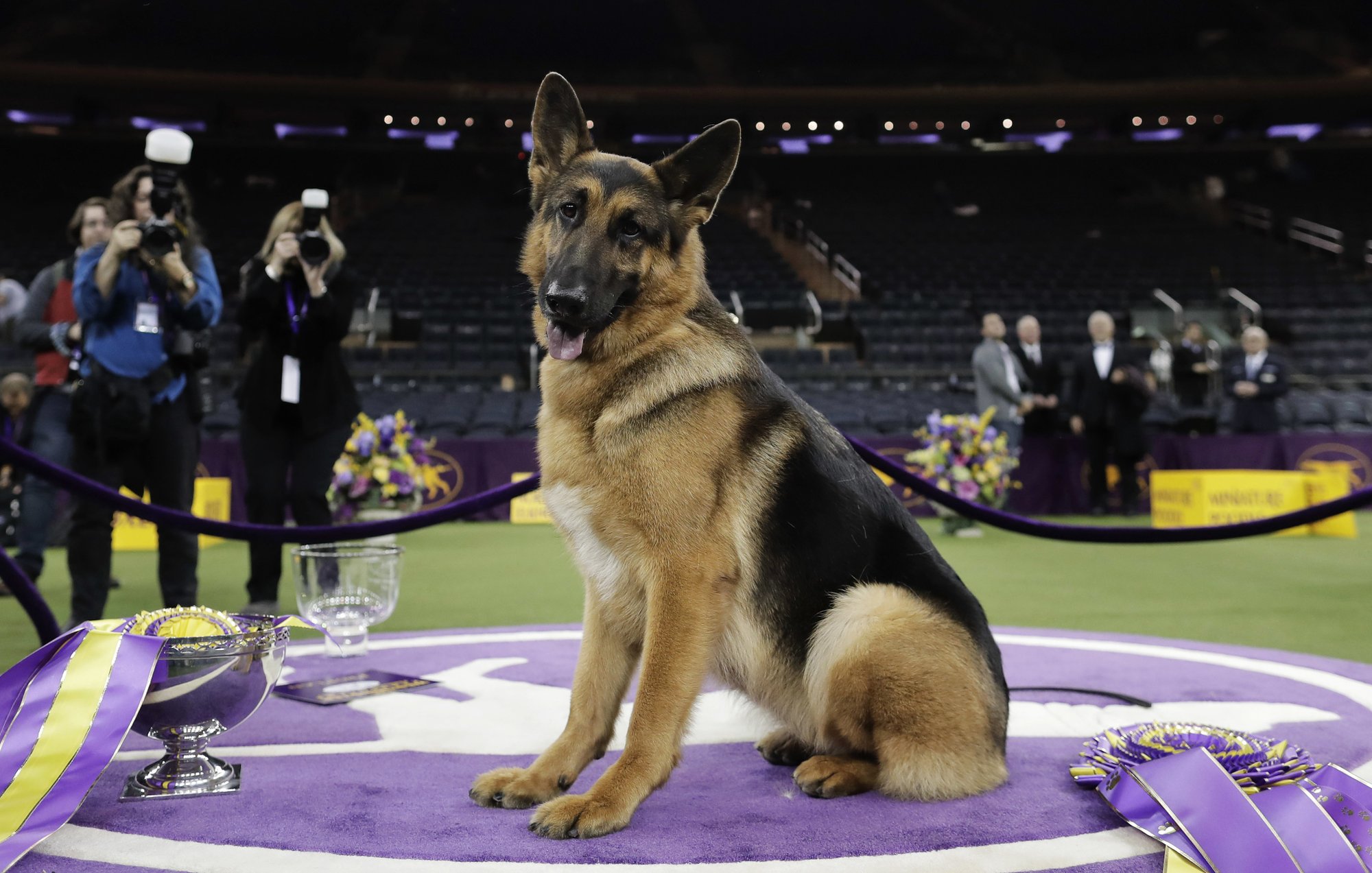 In this Feb. 15, 2017, file photo, Rumor, a German shepherd, poses for photos after winning Best in Show at the 141st Westminster Kennel Club Dog Show, in New York.

At No. 9, the German shorthaired pointer notched its highest ranking since getting AKC recognition in 1930. These strikingly speckled hunting dogs are also versatile — some work as drug- and bomb-detectors — and active companions.

"I think people are learning about how fun the breed is," says AKC spokeswoman Brandi Hunter.

The suddenly ubiquitous French bulldog remains the fourth most popular breed for a second year, after surging from 83rd a quarter-century ago.

The rankings reflect a breed's prevalence among the 580,900 puppies and other purebred dogs newly registered in 2018 with the AKC, the country's oldest such registry. Some 88,175 of these dogs were Labs.

AKC says registrations, which are voluntary, have been growing for six years.

Estimates of the total number of pet dogs nationwide range from about 70 million to 90 million. 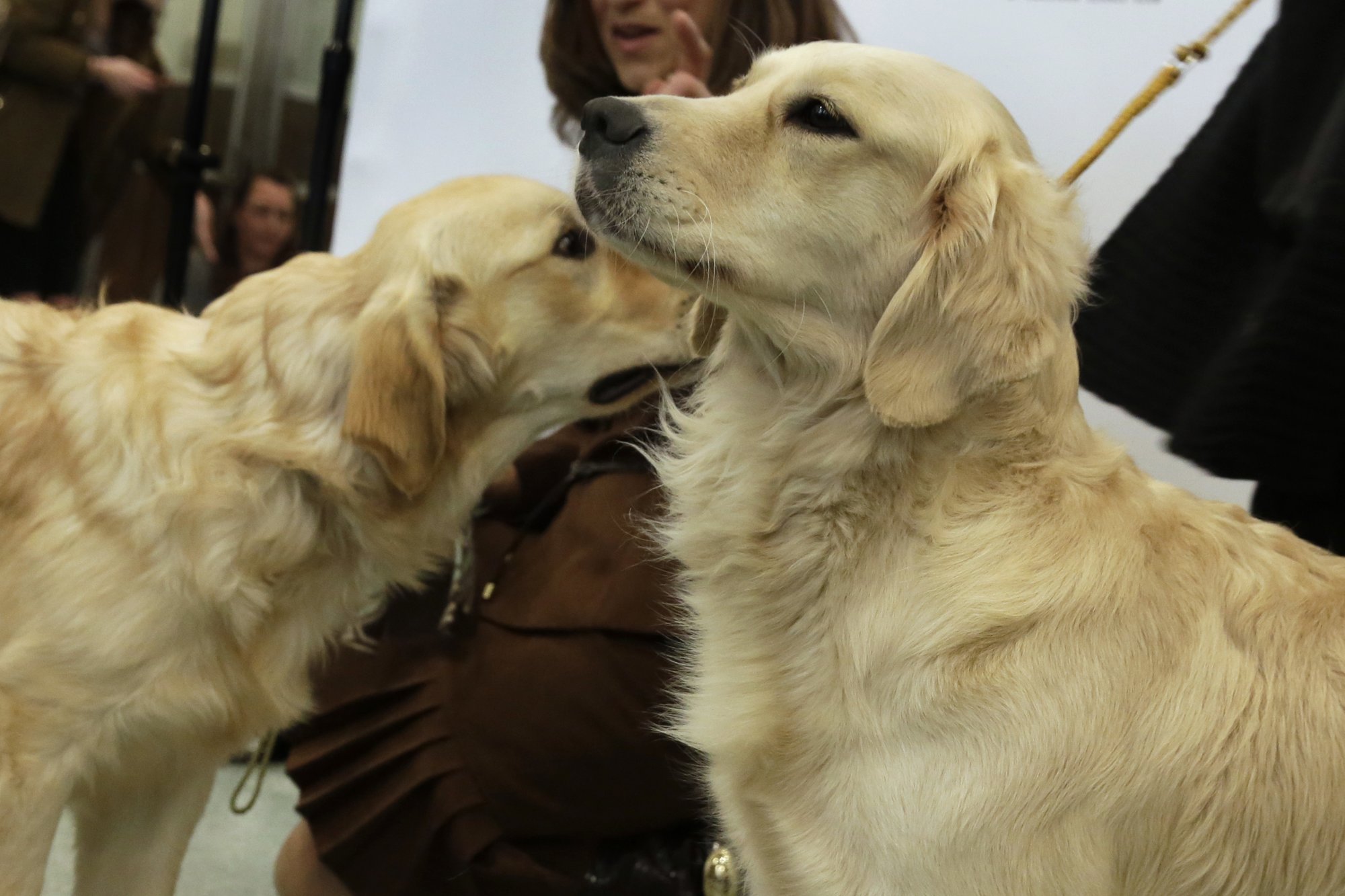 In this March 21, 2017 file photo, golden retrievers Flirt, left, and Alistair are introduced as the third ranked breed by the American Kennel Club, in New York.

Beagles, now No. 6, can boast they're uniquely beloved. No other breed has made the top 10 in every decade since record-keeping began in the 1880s.

"They have a sense of humor, and they're just characters," Shupenia says.

THE RAREST OF THEM ALL:

The most scant breed was the sloughi (pronounced SLOO'-ghee). The greyhound-like dog has a long history in North Africa but garnered AKC recognition only three years ago. It replaces the Norwegian lundehund in the rarest-breed spot.

HOW DID DOODLES DO? 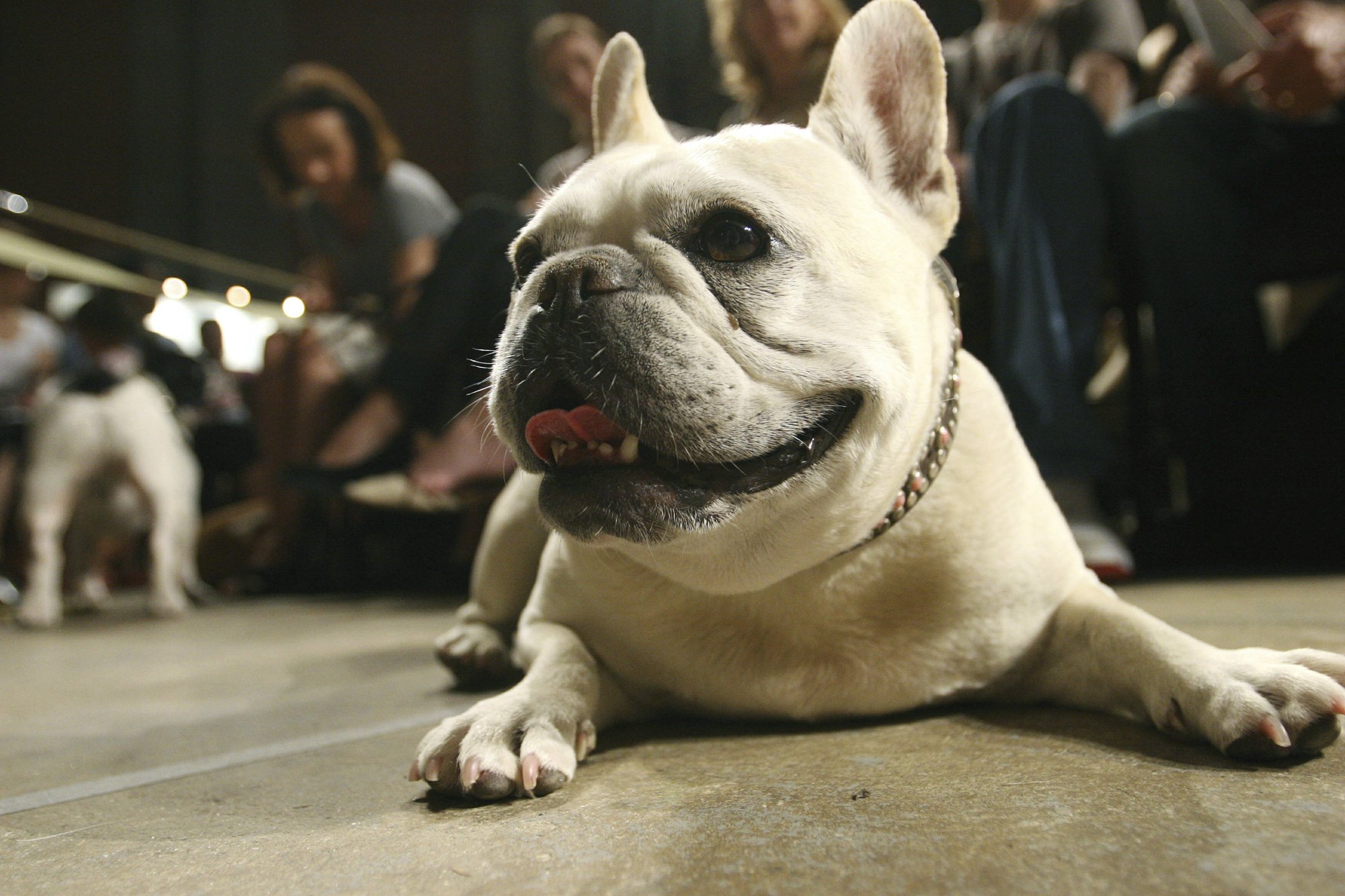 In this Oct. 7, 2007 file photo, Lola, a French bulldog, lies on the floor prior to the start of a St. Francis Day service at the Cathedral of St. John the Divine in New York, which included the Blessing of the Animals.

Wonder where goldendoodles, puggles, or cockapoos stand? You won't find these and other popular "designer dogs" among the 193 breeds recognized and ranked by the AKC.

That's not to say they never will be, if their fanciers so desire. New breeds join the club periodically, after meeting criteria that include having at least 300 dogs nationwide and three generations.

Meanwhile, designer and just plain mixed-breed dogs can sign up with AKC to compete in such sports as agility, dock diving and obedience.

THE WHYS, PROS AND CONS OF POPULARITY

Many factors can influence a breed's popularity: ease of care, exposure from TV and movies, and famous owners, to name a few.

Popularity spurts can expand knowledge about a breed, but many people in dogdom rue slipshod breeding by people trying to cash in on sudden cachet. 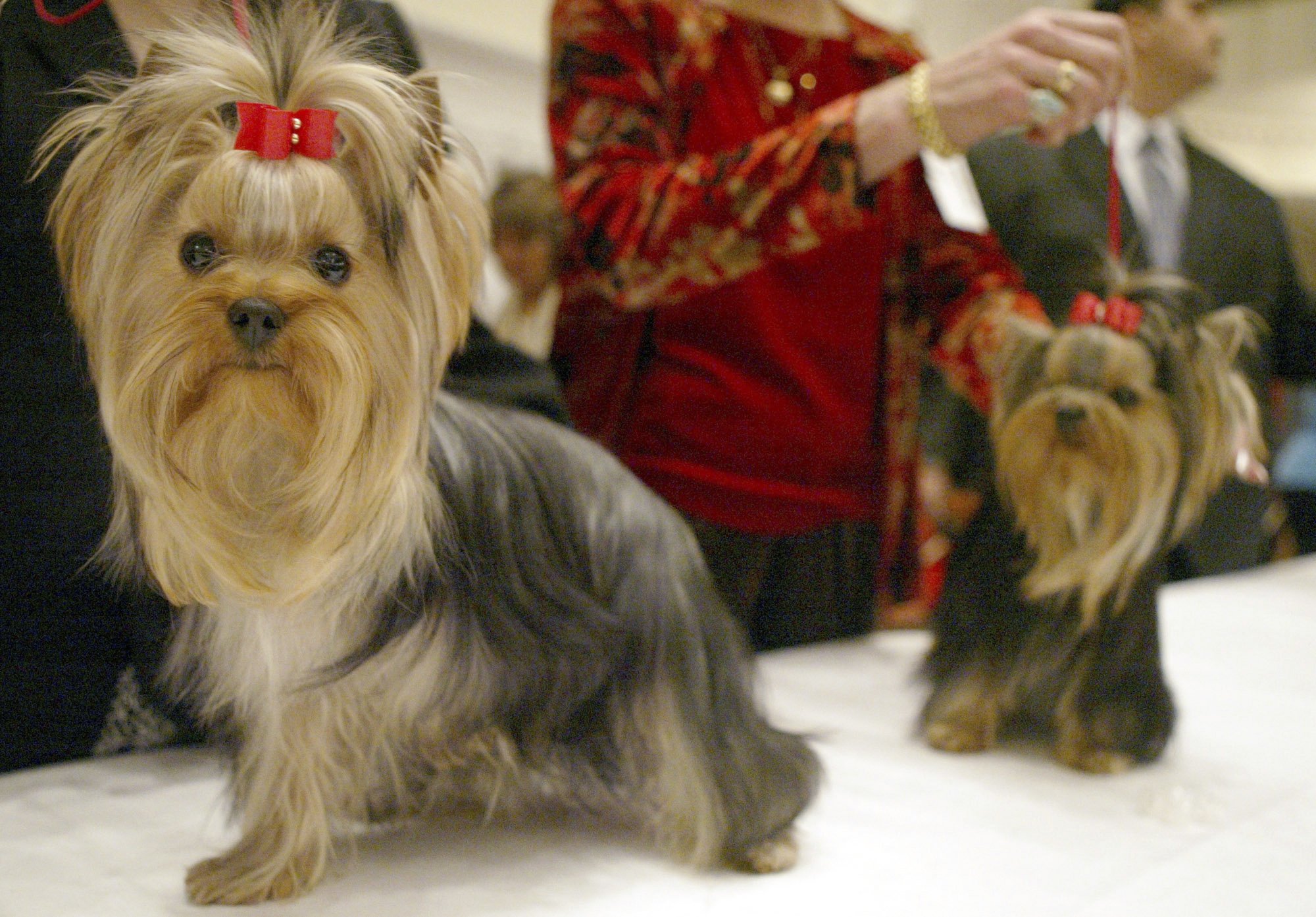 In this Feb. 8, 2004 file photo, Sky High Reflection, left, and her sister Sky Dreaming in Blue, get ready for competition in the 9-12 month puppy bitches category at the Yorkshire Terrier Club of America 2004 New York Specialty Show in New York.

Elaine Albert, a longtime chow chow owner and sometime breeder, is glad the ancient Chinese dog is now 75th in the rankings, after leaping into the top 10 in the 1980s. Albert recalls that she and other chow rescue volunteers were swamped as people gave up dogs with temperament and health problems, which she attributes to careless breeding.

"I certainly wouldn't want (chows) to be number one, ever," says Albert, of Hauppauge, New York. "They belong where they are.... They're not for everybody."

On the other hand, aficionados of rare breeds sometimes worry about sustaining them.

Some animal-welfare groups feel the pursuit of purebred dogs puts their looks ahead of their health and diverts people from adopting pets. Critics also say the AKC needs to do more to thwart puppy mills.

The club says it encourages responsible breeding of healthy dogs, not as a beauty contest but to preserve traits that have helped dogs do particular jobs.