The negotiations follow discussions between CBA chairman Yao Ming and Magic Johnson, President of Basketball Operations for the Lakers, according to the report. 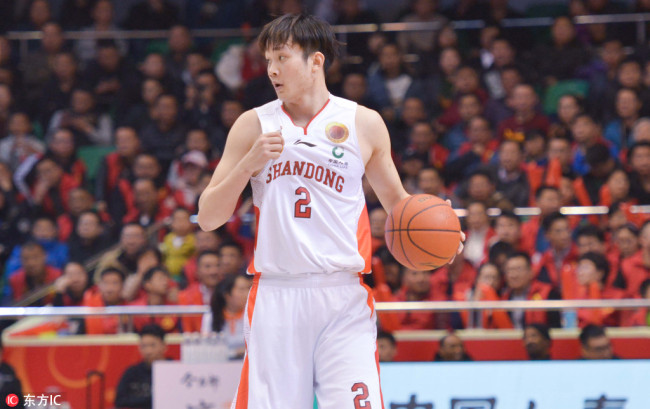 Dingyan Yuhang plays for Shandong against Jiangsu in a playoff game of CBA on March 18, 2018. [Photo: IC]

The signing could mean Ding Yanyuhang may have a chance to play alongside LeBron James, who just signed a 4-year-contract with the Lakers.

However, given the current talent on the Lakers squad, it's most likely Ding Yanyuhang would likely start out in the NBA's Development League should he decide to make the move to LA.

Though details of the contract have not been revealed, it’s likely a two-way agreement which would allow him to continue playing in China until such time as the Lakers might call him up.

The 24-year old Xinjiang native, who plays for Shandong in the CBA, was named the MVP of the CBA the last two consecutive seasons.