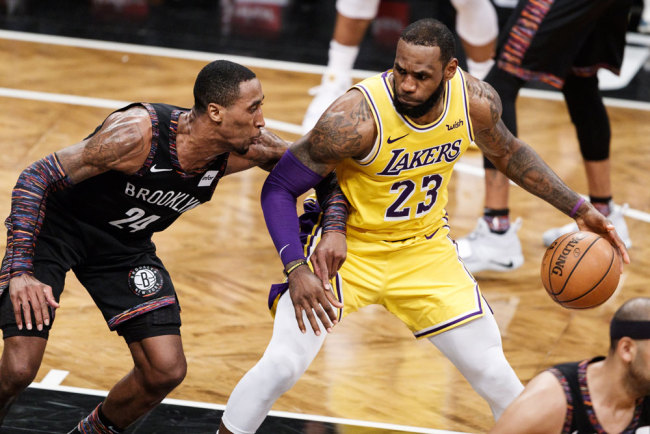 The Lakers' LeBron James (R) tries to drive to the basket past the Nets' Rondae Hollis-Jefferson (L) during match between the Los Angeles Lakers and the Brooklyn Nets at the Barclays Center in Brooklyn, New York, December 18, 2018.  (Photo: Xinhua)

The Los Angeles Lakers released its 2019-20 NBA preseason schedule on Wednesday, with two games to be staged in China.

The club will play six games in total between October 5 and 18, including four in California against the Golden State Warriors, and two games against the Brooklyn Nets in Shanghai and Shenzhen.

The 2018-19 NBA season ended on with the Toronto Raptors defeating the Warriors in the 2019 NBA Finals, becoming NBA champions for the first time.