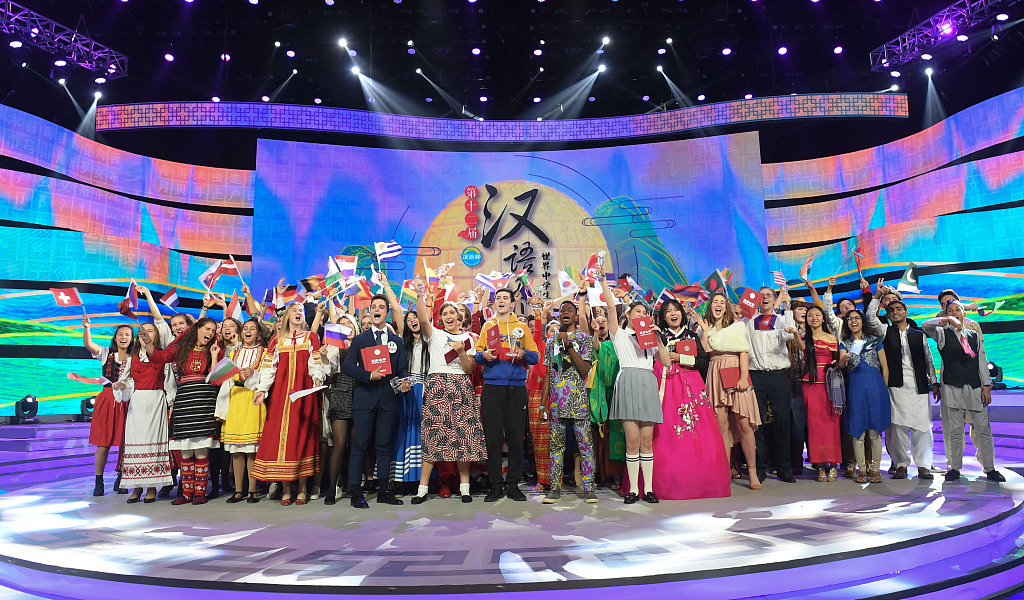 This time, the 17-year-old girl was on the stage of the 12th "Chinese Bridge" language proficiency contest for non-Chinese secondary students, which concluded Friday in Zhengzhou, capital of central China's Henan Province.

"The 2,000-year-old exercise is cool but few people heard of it," Victoria said.

In addition to the Wuqinxi, Victoria was also fascinated by Chinese milk tea. "Perhaps I can open a milk tea shop in Bratislava," she said.

She is among more than 120 students from 105 countries who have competed in the contest which started on Oct. 21.

More than 530 Confucius institutes and 1,100 Confucius classrooms have so far been established in 158 countries and regions to introduce Chinese language and culture, according to the headquarters.

Germole Iacopo from Italy was awarded champion of Friday's final contest after three rounds of fierce competition. He has studied Chinese for four years.

"This competition gave me a chance to communicate with young people all around the world. We should learn to appreciate each other's differences," Germole said.