CULTURE Languages other than English are encouraged for BRI ties

Languages other than English are encouraged for BRI ties 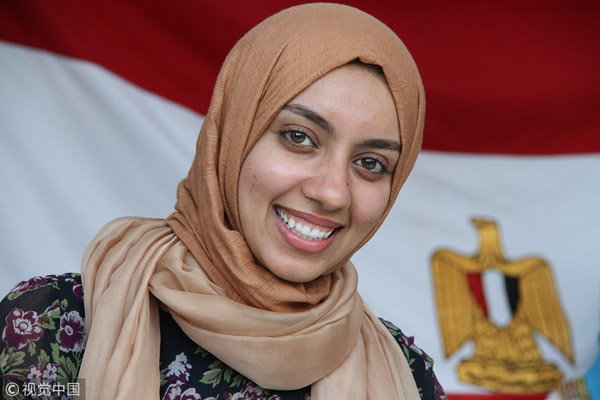 An Egyptian student is seen at a campus fair in the Beijing Language and Culture University in this May 7, 2016. (Photo: VCG)

China should accelerate the teaching of various foreign languages, not just English, as the country's Belt and Road Initiative progresses, experts said.

There are at least 53 official languages spoken in the 65 countries and regions involved in the BRI, but only about 20 of them have been taught to foreign language majors at higher education institutions in the country, said Wang Junfeng, president of the All China Lawyers Association.

"The lack of people who speak a foreign language other than English doesn't benefit China in communicating information and culture with other BRI countries and regions, which may eventually affect people-to-people ties," he said.

Chen Jingying, vice-president of the East China University of Political Science and Law, said that language capability is important for the BRI to progress and for the country to continue its opening-up. She suggested increasing the supply of non-English foreign language programs.

Wang said that besides English, many other foreign languages are also important. "For example, Portugal is not a big country in terms of geographical area, but more than 200 million people around the world speak Portuguese."

"Schools can encourage more young people to become foreign language majors through such means as tuition reductions, raising the amount of scholarships and helping graduates with employment," Wang said.

It is also important to encourage more foreign students to come to China to learn Chinese, Wang said, adding that a more relaxed work visa policy was needed for those who hope to stay in China for employment after graduation.

In 2016, for example, the Shanghai International Studies University started encouraging students to master at least two foreign languages, along with intercultural communication skills. It is now offering new majors in Hungarian, Polish, Kazak, Uzbek and Czech.

Students can also learn Swahili, a language of East Africa, and Pashto, a language spoken in Afghanistan and Pakistan, two of the seven foreign language courses offered.