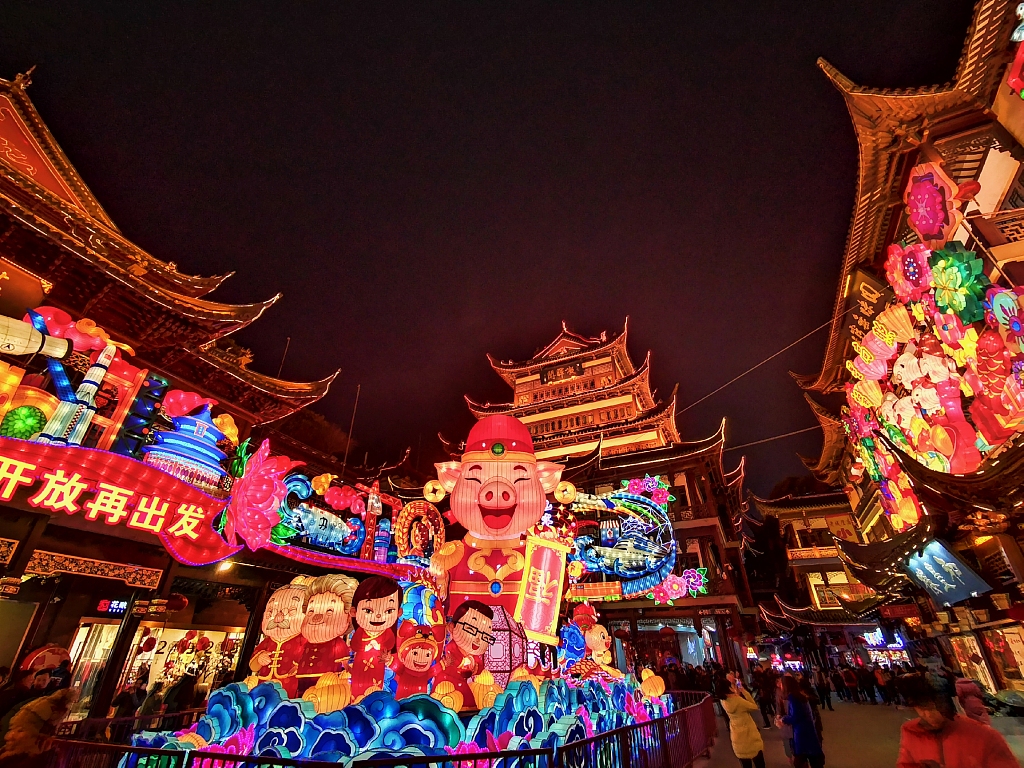 The colorful lanterns, to a symbol for mark the festive spirit, are back at the Yuyuan Garden. The annual exhibit , that attracts millions of visitors every year , began yesterday and will run through February 22. (Photo: VCG) 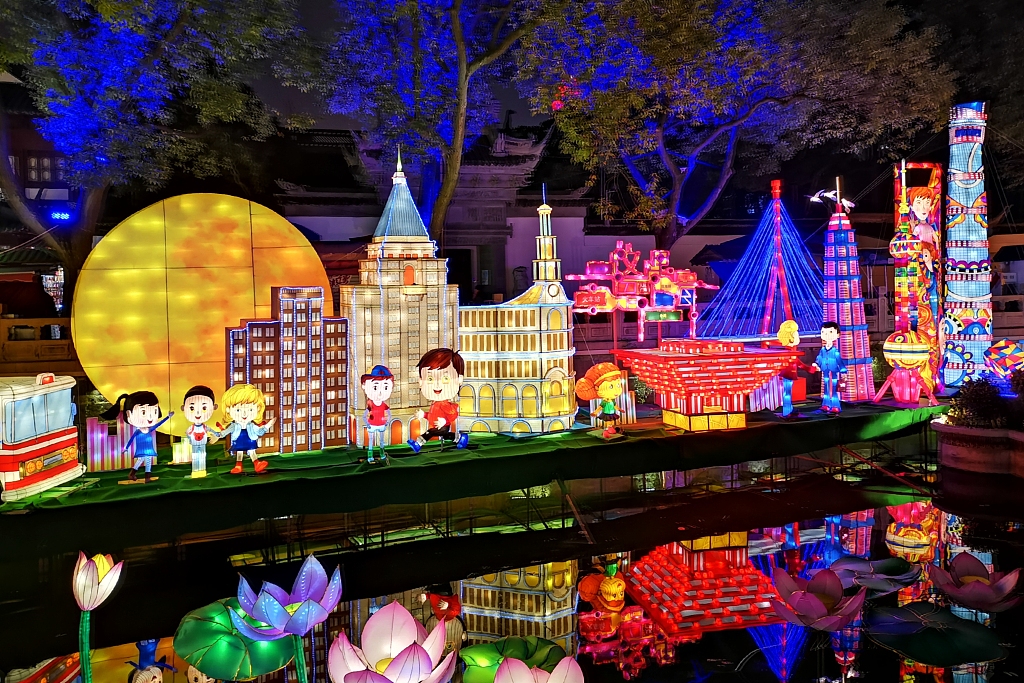 The annual celebrations, which have been held for 24 years, have become the city’s top attraction for tourists during the Spring Festival holiday period. The city’s iconic buildings, such as the Shanghai Tower, the Shanghai World Financial Center and the Oriental Pearl Tower, will be featured in this year’s show.(Photo: VCG) 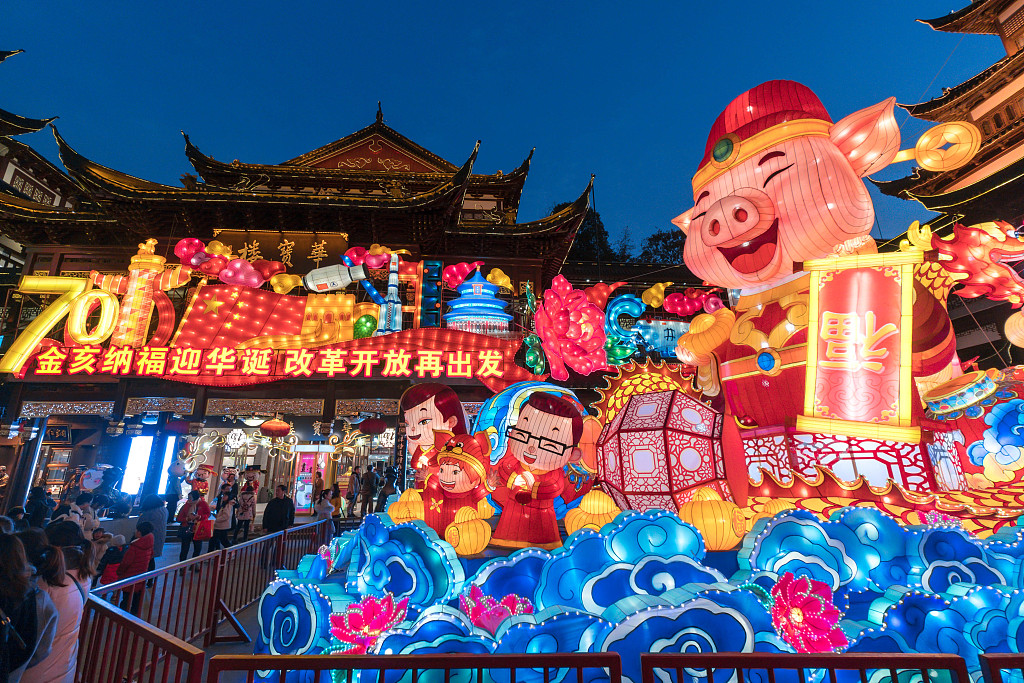 The theme of this year’s lantern show centers on the celebration of the 70th birthday of the People’s Republic of China and the stepping up of reform and opening-up efforts. This year, a 9-meter tall pig lantern will be built and displayed in the center of the garden to usher in the Year of the Pig, along with other smaller lanterns. (Photo: VCG) 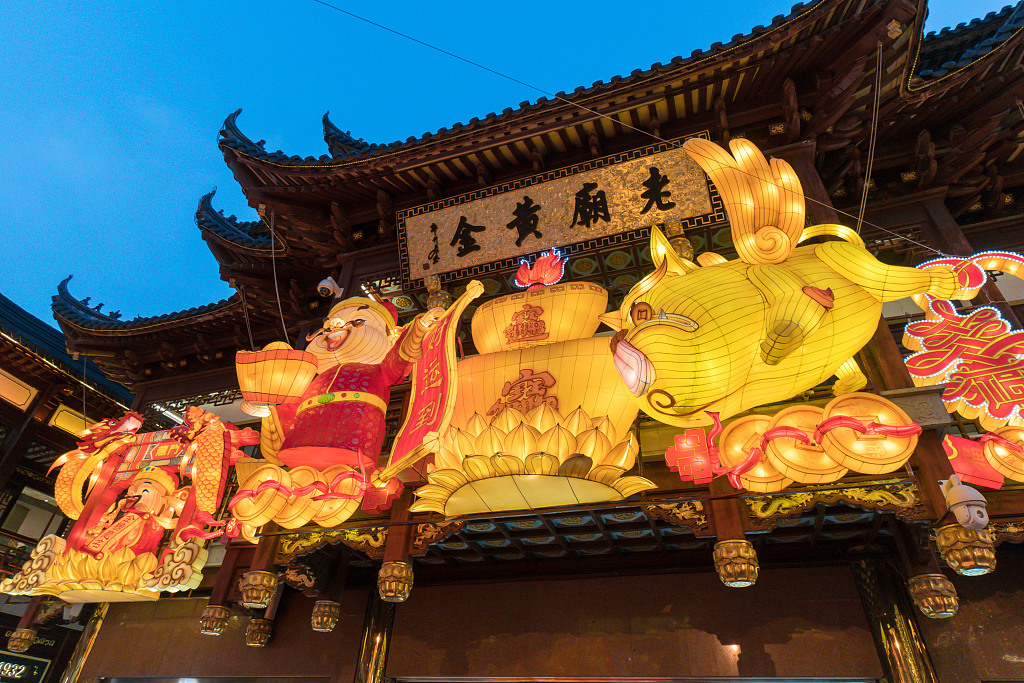 The lantern festival will be bigger than in previous years with lanterns adorning the neighboring streets of Lishui road, and Old Shanghai Street too. (Photo: VCG) 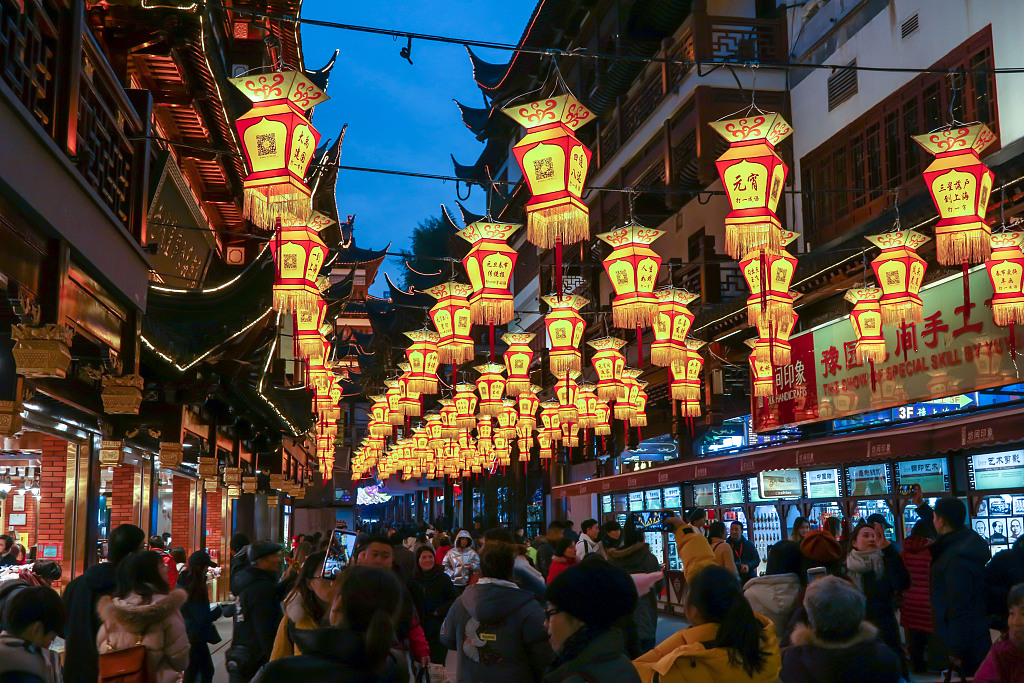 Yuyuan is a famous garden in Shanghai, located in the center of Shanghai's Old City, one of the few remaining old tourist sites in Shanghai. It has a history of more than 400 years. (Photo: VCG)