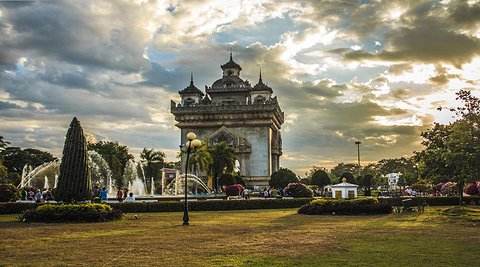 The Lao government has set a plan to attract more than 5.2 million foreign arrivals to the country and increase the annual income generated by the foreign visitors to 900 million U.S. dollars in 2018.
"In order to make a rebound in tourism growth, the Ministry of Information, Culture and Tourism plans to launch Visit Laos Year 2018," Minister of Information, Culture and Tourism Bosengkham Vongdara told the ongoing session of the national assembly here on Tuesday.
The Visit Laos Year 2018 campaign is scheduled to kick off on Oct. 28
In 2016, a 10 percent year-on-year decrease in the number of foreign arrivals was reported and in the first quarter of 2017, the number of foreign visitors was decreased by 9.8 percent as compared to the same period last year.
The tourism minister attributed the decrease in foreign arrivals to complicated immigration procedures and higher living costs as compared to neighboring countries.