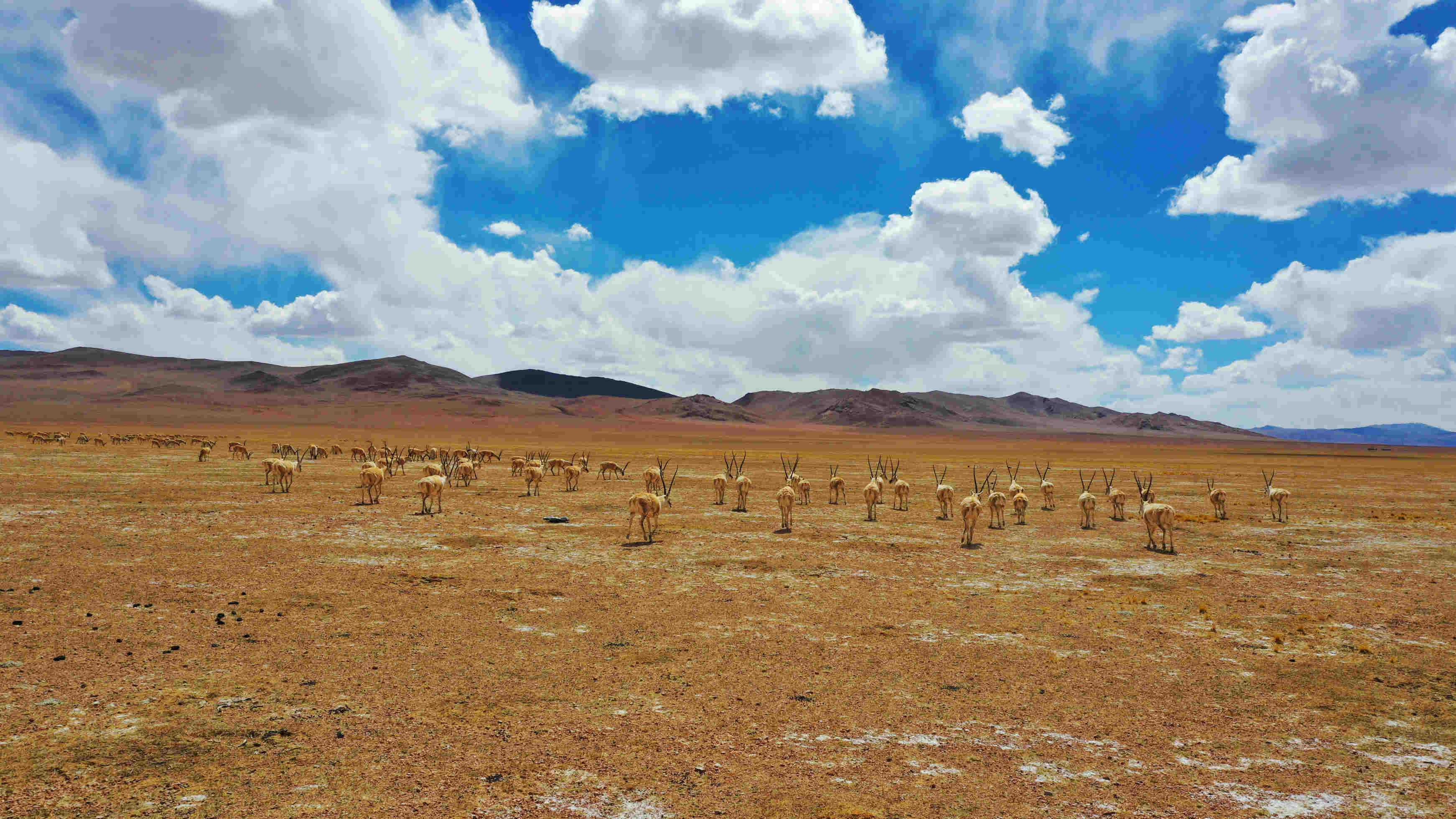 Thousands of Tibetan antelopes have been captured migrating in Gerze County, Ngari Prefecture in southwest China's Tibet Autonomous Region over the past few days, a scene has been rarely seen in this region in recent years.

Sonam Rinchen, one of the photographers, told CGTN that he captured the spectacle on Tuesday and Wednesday. The antelopes, estimated about 3,000, were migrating towards the depopulated zone in two groups – male and female.

Tibetan antelope is China's first-class protected animal that can be found on alpine steppes, meadows and alpine deserts between about 3,700 to 5,500 meters elevation.

They mainly inhabit the Qinghai-Tibet Plateau region, specifically, western Qinghai, Tibet and southern Xinjiang. Each summer, the Tibetan antelopes would migrate north along the fixed route.

Tibetan antelopes are good at running, with a maximum speed of about 80 kilometers per hour.

In the 1980s and 1990s, Tibetan antelopes had become endangered due to massive illegal poaching. As the government beefs up protection of the species, the population has significantly increased in recent years. In Hoh Xil Nature Reserve in Qinghai, the number of Tibetan antelopes has exceeded 60,000.

The Gerze County government said they have also been making efforts to raise the public's legal and ecological protection awareness in different ways.