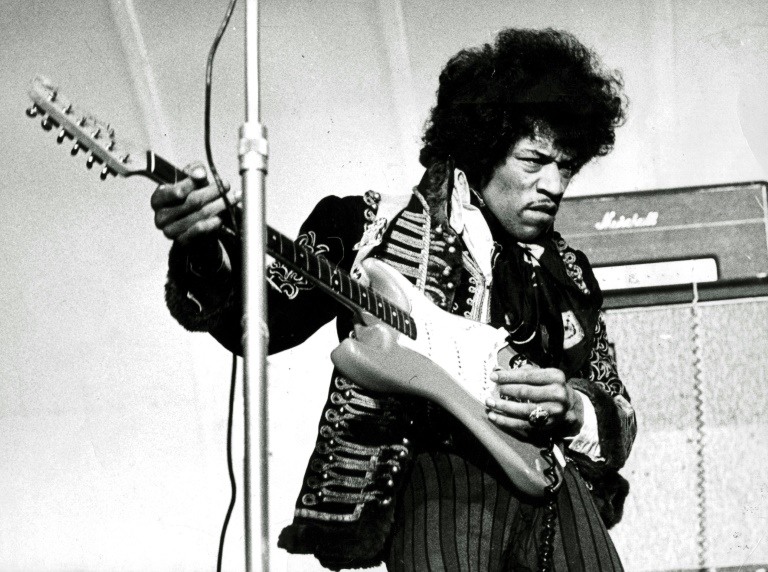 Jimi Hendrix's estate on Thursday announced a posthumous album from the guitar legend featuring 10 previously unreleased tracks, some recorded months before his death in 1970.

"Both Sides of the Sky," which will come out on March 9, is intended to be the last in a trilogy of albums of restored Hendrix material following releases in 2010 and 2013 that entered Top 10 charts in several countries.

Hendrix recorded Mitchell's song with fellow guitarist Stephen Stills -- who soon afterward would make a hit cover of "Woodstock" as part of folk rock supergroup Crosby, Stills, Nash and Young. Hendrix had been a major figure at the festival, playing its last set Monday morning.

Other notable tracks include a newly restored version of "Cherokee Mist," an instrumental track in which Hendrix pays tribute to his partial Native American heritage.

The version of "Cherokee Mist" marks a rare time that Hendrix plays the sitar, the classical Indian instrument that had come into growing popularity in the West thanks largely to Ravi Shankar.

"Both Sides of the Sky," which includes three previously released songs, focuses on highlighting the often flamboyant Hendrix's skills inside the studio where he came to master recording techniques and effects.

"Jimi's true home was the studio. That's where the music and the magic happened," Eddie Kramer, Hendrix's longtime producer who was involved in the latest album, said in a statement.

"He loved everything about recording and it's been my distinct pleasure and an honor to play a part in that process both then and now," said Kramer, who went on to work with metal bands including Kiss.

"Both Sides of the Sky" includes tracks from January 1968 through February 1970, according to Sony's Legacy Recordings which is putting out the album with Hendrix's estate.

Hendrix, who struggled with drugs and alcohol, died in September 1970 in a London hotel at age 27.