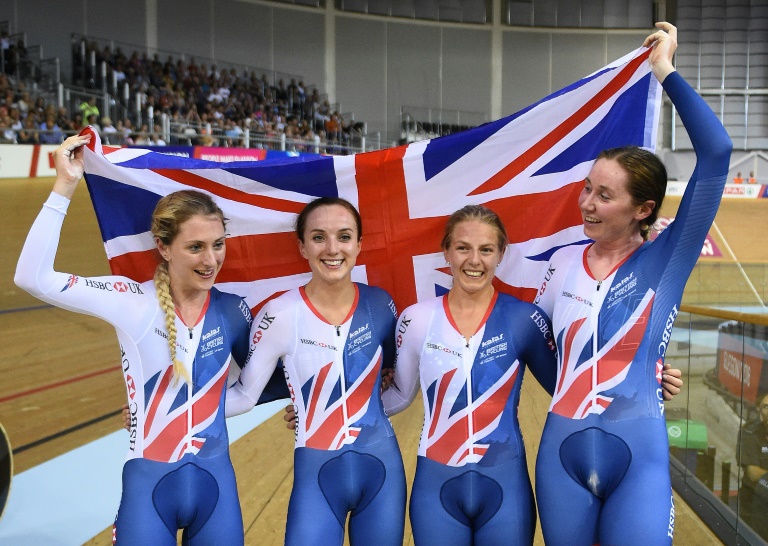 For Kenny, who resumed competitive riding earlier this year, the win brought with it the added bonus of being able to return home and present her one-year-old son with another 'Bonnie the seal', the Glasgow 2018 official mascot, after the dog got the first one.

"I was thinking I didn't want to leave Albie for nothing because he wasn't very happy this morning.

"I'm glad I've got another medal to take home to him -- and he needed another seal mascot because the dog got the last one," Kenny, who is married to men's track cycling star Jason, told the BBC.

Albie is perhaps fortunate to be the beneficiary of the mascot having given his mother a turbulent time on the eve of the race itself.

"I was up five times last night -- and he didn't actually fall asleep until nine o'clock, the little sod," she said laughing.

Kenny, who got married after the 2016 Olympics, said rustiness in the event after her self-imposed sabbatical had made her more on edge than usual.

"To be honest, I didn't feel good out there," she told the BBC.

"It was much faster at the beginning than I expected it to be. Before I came into it I wasn't sure if I'd be able to do it because it's been a year since I raced one of these and I was so nervous before it.

"It's unbelievable, I'm just so happy."

Kenny will try and add a third European crown when she competes in the Madison with Katie Archibald on Tuesday.