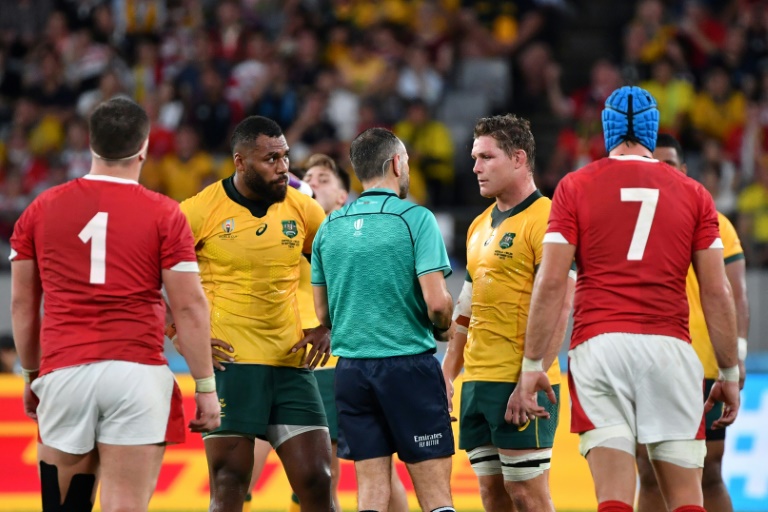 Social media has lit up after almost every game with fans, generally from the losing side, criticising the officiating. (Photo: AFP)

All Blacks coach Steve Hansen has appealed to rival coaches and pundits to lay off referees at the Rugby World Cup as match officials continue to face strident criticism.

Even the sport's controlling body lambasted referees in a public statement after the first weekend, complaining that performances "were not consistently of the standards set by World Rugby."

But Hansen leapt to their defence on Monday, saying they were under enough pressure in the World Cup cauldron and publicly criticising them did not help.

"I talked before we came to this tournament about how pressure can affect rugby teams that are under pressure and referees are no different," Hansen said.

"So, there's no point everybody climbing into them because it's not going to do anything other than put them under more pressure and that's not going to fix the problem."

Schmidt said he could understand the "frustrations" of his players and that he felt some penalties for offside were "pretty tough" and "could have gone either way."

Australia's Michael Cheika complained it was "us versus everyone" after wing Reece Hodge was suspended for three weeks for a dangerous tackle in their win over Fiji.

He continued to fume after his Wallabies' narrow loss to Wales on Saturday, claiming referees had been "spooked" by a directive to crack down on high tackles.

His sense of injustice was further fuelled by news that England's Piers Francis had escaped suspension for a high shot.

"I just don't know the rules anymore honestly. Our guy makes that tackle he gets suspended -- the English guy gets off."

Social media has lit up after almost every game with fans, generally from the losing side, criticising the officiating.

When the All Blacks beat the Springboks 23-13, the penalty count favoured them 9-4 but according to South African critics, French referee Jerome Garces missed at least three incidents that should have seen All Blacks yellow-carded.